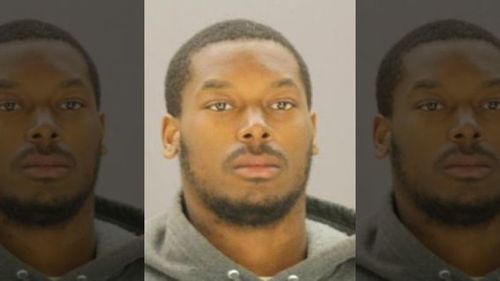 Here's another fine product of higher education—although he doesn't help the campaign to abolish the Second Amendment:

Dallas police say a former Texas A&M wide receiver will be charged with murder for randomly hacking a jogger to death in a Dallas park Monday.

Thomas Johnson, 21, admitted to killing the jogger with a "large-edged weapon" in a random act of rage on the White Rock Creek Trail, according to Dallas police Deputy Chief Rob Sherwin.

Johnson was arrested after calling 911 from a nearby equestrian center. He is being held without bond. Jail records don't list an attorney who could comment on his behalf.

The victim was not carrying identification, and is described as a white man in either his late-20s or early-30s.

Johnson played for the Aggies in 2012. He had three catches for 22 yards in A&M's 29-24 win at top-ranked Alabama. He disappeared a few days later and wasn't seen until he appeared at his family's Dallas home three days later.

Investigators said Johnson had recently been kicked out of his home and was full of rage.

"He was angry about his situation," Sherwin told reporters. "It’s very unusual. It’s quite shocking." 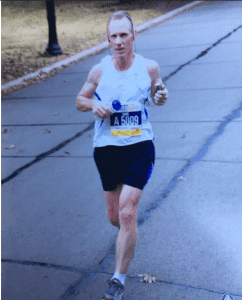 James Fulford writes: What we have here is an anti-white hate crime, in which a black man hacked a white man to death with a machete, due to "rage". That's not how it was reported. The West Texas Reader is right to say that this sort of incident is why people have carry permits. If Thomas Johnson had been shot to death by his victim (now identified as 53 year-old  engineer David Stevens, pictured right) we would be hearing that a disturbed young man, armed with some kind of garden implement, had been ruthlessly shot because of "profiling". Because #BlackLivesMatter, but white lives apparently don't.