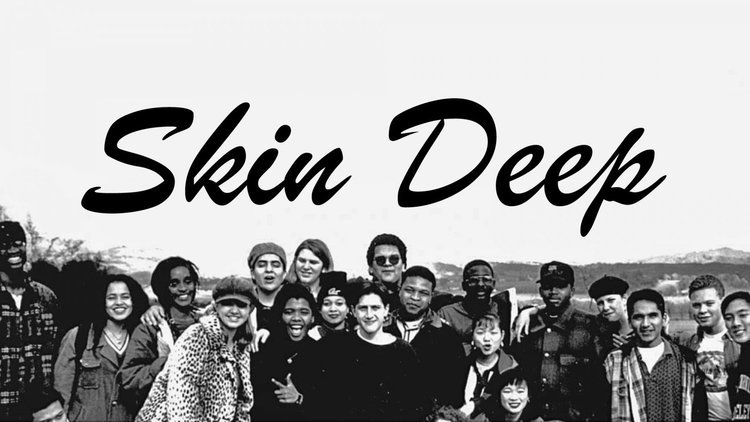 A W&L Freshman Reports From The Diversity Front

I began my freshman year at Washington and Lee University, a small liberal arts college in Virginia, last September. Generally speaking, W&L is fairly conservative (especially for an American university—the Confederate flag is openly displayed by some students). In my first week here, freshmen had to participate in several orientation activities, including a discussion on alcohol, sex, and drugs, meetings with faculty advisors, convocation, and the inauguration of our university's 24th president.

But perhaps the most interesting of these activities, in its own way, was the diversity seminar. On September 4th (which happened to coincide with the article by Paul Craig Roberts,   Harvard Hates The White Race?), we were required to watch a film entitled Skin Deep. This was a sort of documentary about several college freshmen from various universities who were sent to live together in a house for a week or so to work out their problems with diversity.

For its genre, the film wasn't too bad—-at least it didn't hide the outright racist feelings of the minority students. A funny thing, though: None of the white students in the film expressed "intolerance," but all were rather willing to challenge the stereotypical views with which they had grown up, and take a verbal lynching from the minority students in the process. But they at least refused to accept any sort of guilt for the actions of other and past whites.

(In case you're curious, I found this description of the video "Skin Deep". Check out the price! Looks like the diversity crowd makes a pretty penny. I wonder just how many copies my university bought?)

Of course, the purpose of this seminar was to inculcate in us a sense of the need at our particular institution for more racial, ethnic, cultural, and religious diversity. Our school is—"deplorably"—composed of only 12% visible minorities. I'd say that somewhere near 95% of the student body is at least nominally Christian.

What I find deplorable, however, is not the lack of "diversity," but the idea that such racial, etc., diversity is a necessity for a good education, even a good society. In the process of my searching for colleges, I was not interested in "diversity" at Washington and Lee so much as I was interested in the diversity of its course offerings, its academic standards, and the peculiar Honor System that is the legacy of Gen. Robert E. Lee's presidency of this institution following the Civil War.

I come from Southern California, where "diversity" runs rampant. I have had and do have several friends from minority groups. I find it interesting and enriching to learn about cultures other than my own. However, I, like many Americans, have no particular desire to see those foreign cultures come to America and undermine (what's left of) American culture. It is a tremendous fault to think that "diversity is our strength," when the very same "diversity" can be implicated in so many of the problems our nation faces today.

I would hate to see racial and cultural tensions come to the very forefront here, as they have at many public colleges, and throughout America's cities and towns. As it is, we hear plenty whining from groups like the Minority Student Association, who think Martin Luther King, Jr. Day cannot be properly celebrated until we have enough people with colored skin (didn't M.L.K. himself once say something about not judging on the basis of skin color?).

I don't want this esteemed university to become a microcosm of my home state. But the desire of W&L administrators [email them] to be "respectable" is a serious threat.