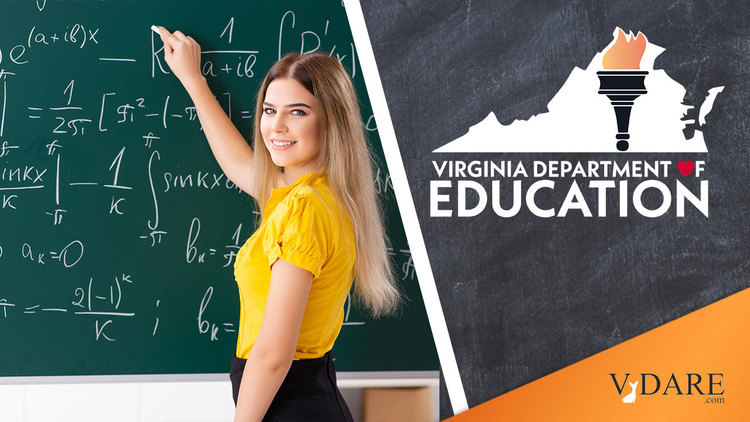 A Virginia Reader Says Fighting Affirmative Action In STEM, Not CRT, Is The Key To The Asian Vote—But That's Not The Key We're Looking For

From: Mike in VA [Email him]

You could have at least mentioned FightForSchools.com in your article on Loudoun County.

If Republicans want to get Asian votes, then focusing on not just CRT, but also the education standards and affirmative action will work.

I went to a party meeting, and everything was abortion and gun control. Granted that's what Democrats made their main issue in 2018, but this won't get the votes they need in Ashburn and Sterling. Tell them Democrats are taking away their kid's chance to get into the Loudoun Academy of Science or Thomas Jefferson High School, and it will flip votes.

Now on top of that LCPS has taken away advanced math opportunities [Virginia moving to eliminate all accelerated math courses before 11th grade as part of equity-focused plan, by Sam Dorman, Fox News, April 22, 2021].

James Fulford writes: I'm not familiar with FightForSchools.com although looking at it, it seems like a good thing, but we have written about this issue, in Loudoun and elsewhere in VA, in The Real Hate Crime Against Asians-Eliminating Accelerated Learning Classes.

As for getting the Asian vote, yes, there are a lot more Asians in Virginia and Loudoun specifically than there used to be, but the real GOP base is the white vote, and that's what CRT is about. (For CRT purposes Asians are "minorities" when considered as victims of colonialism, and "white-adjacent" when they're living in America running businesses and passing tests, but many Asian activists don't get that.)