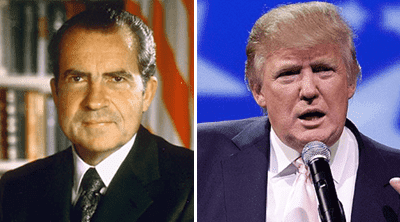 Here’s the latest point-and-splutter criticism of Trump’s comments. Unfortunately for the MSM, just after Trump said it, San Bernardino happened:

Trump was appearing on Fox & Friends and talking about 17-year-old Jamiel Shaw, Jr., who was shot and killed in 2008 by a Mexican immigrant brought to the U.S. illegally as a child named Pedro Espinoza. Espinoza, who killed Shaw because he mistakenly believed he belonged to a rival gang, was sentenced to death in 2012.

"The gangbanger who shot my son was in this country illegally. He was not supposed to be here. If Donald Trump is elected president, illegals like the one who shot my son will not be allowed to live in our country," he wrote in an op-ed published in USA Today earlier this week.[More]

They have to be counterproductive, since they broadcast Trump's messages to a wider audience. Also, people retain information better the more times they hear it.