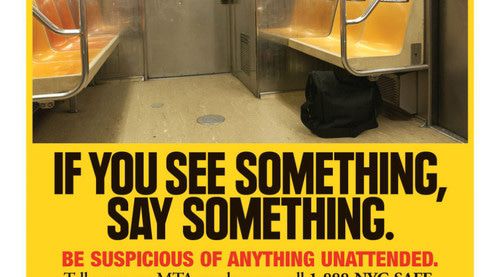 The CAIR Effect: See Something, Do Nothing 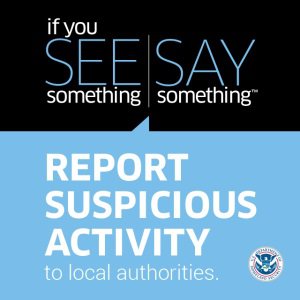 As news of the San Bernardino jihadist shootings blared on airport TVs, I spotted a TSA monitor flashing the now ubiquitous message:

"If you SEE something, SAY something."

The warning should be followed with a big "LOL" and a winky-blinky, just-kidding emoji. It's one of the emptiest slogans in modern American life.

While the White House pays lip service to  security vigilance, it consorts with Islamic terror sympathizers who attack vigilant citizens and law enforcement officers at every turn.

Yes, I'm looking at you, Council on American-Islamic Relations.

After seeing CAIR's bizarre press conference with the San Bernardino jihadists' family members, here's what I'd like to say to them:

You are not to be trusted. You put damage control above border control and jihad control. You are enemies of our national security and sovereignty.

Reminder: The feds designated CAIR an unindicted terror co-conspirator in 2007 in the prosecution of the Holy Land Foundation and others for providing support to Hamas jihadists. Over the alleged objections of Dallas-area federal prosecutors, the Obama Justice Department's senior political appointees declined to press terror-financing charges against CAIR co-founder Omar Ahmad.

Instead, the administration has rolled out the red carpet for CAIR officials "hundreds" of times since 2009 on a "range of issues."

This is the same group of "Islamophobia!"-shrieking grievance grifters that cooked up the Ahmed "Clock Boy" Mohamed brouhaha in Texas, where the city of Irving and Irving Independent School District are now being sued for $15 million after raising alarms over the teen's low-tech media stunt. Obama hailed Mohamed before the boy jetted off to Qatar to cash in on a Muslim Brotherhood-linked educational scholarship.

This is the same group of litigious radicals who unsuccessfully sued a Florida gun shop owner this summer for declaring that he would refuse to sell weapons to "[a]nyone who is either directly or indirectly associated with terrorism in any way." A judge ruled this week that "[t]here are simply no facts grounding the assertion that Plaintiff (CAIR) and/or one of its constituents will be harmed." CAIR is appealing, of course.

This is the same group of treacherous thugs that squelched critics of Somalia-based jihad group al-Shabab in Minnesota. CAIR smeared whistleblowing Muslims who participated in an educational Minneapolis forum on al-Shabab terrorism and youth gangs as "anti-Muslim." In 2013, the uncle of a missing young Muslim radical testified before Congress about CAIR's efforts to pressure families to impede FBI investigations.

"CAIR held meetings for some members of the community and told them not to talk to the FBI," Abdirizak Bihi told lawmakers, "which was a slap in the face for the Somali American Muslim mothers who were knocking on doors day and night with pictures of their missing children and asking for the community to talk to law enforcement about what they know of the missing kids."

This is the same group of free speech-trampling zealots that bombarded private citizen, Zaba Davis, with harassing subpoenas over her opposition to a planned construction project by the Muslim Community Association and Michigan Islamic Academy. A federal judge called CAIR's anti-free speech witch hunt "chilling" and ordered the outfit to pay $9,000 in legal fees.

This is the same manipulative group of controversy-manufacturing instigators who tried to sue "John Does"—innocent American citizens who alerted the authorities about their security concerns —in 2007 after a group of imams falsely claimed they were discriminated against on a Minneapolis flight.

And this is the same dangerous group of jihad enablers that filed an obstructionist lawsuit to block vigilant Immigration and Customs Enforcement agents from quizzing Muslim border-crossers about their ties to jihadist martyrs and radical mosques. The anti-"racial profiling" lawsuit has dragged on for three years.

Little wonder, then, that in this politically correct climate of intimidation, a neighbor of the San Bernardino jihadists told local media this week that he had "noticed a half-dozen Middle Eastern men in the area in recent weeks, but decided not to report anything since he did not wish to racially profile those people."

That's the CAIR effect: See something, do nothing. Silence is complicity.