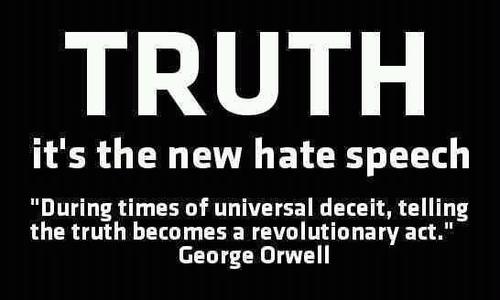 A Realist Reader Explains The Appeal Of Unrealism—It Makes Liberals Feel SMARTER, Even When They’re Wrong

From: A Realist Reader [Email him]

For some reason, most of my friends tend to the liberal side of things—which means that, after every horrific Islamic terrorist incident, or gruesome black-in-origin crime, I'm treated to long winded explanations about why "this doesn't mean that this is a trait of those people," and how "we shouldn't judge them for this," and other such horse hockey. What's interesting is that all of these friends believe themselves to be far more intelligent than the average person. And hence, the appeal of liberal anti-racist thinking.

Those who are racial realists—like most of us reading VDARE—are simply logical, linear thinkers to whom Occam's Razor appeals. Given an adequate amount of evidence in front of us, we make our conclusions and decisions based on the simplest and most logical explanation. Hence, the more Muslims we have in the United States, the more likely we are to have incidences of jihad-style attacks. The closer we live to large concentrations of blacks, the more likely we are to be a victim of black crime. When we see that the easiest predictor of a city's property values, crime rate, and overall social decay is the size of its black population, we conclude that the cause of these ills is the concentration of blacks.

However, anti-racists (and anti-Islamophobes, to use their current term) must come up with convoluted, illogical explanations of alternate causality for these same ills.

It's not the blacks, for instance, it's the "magic dirt." It's not Islam, it's that we don't treat Muslims with enough love, etc.

This allows anti-racists to flatter themselves that they are 'non-linear thinkers,' and thus far more intelligent and better thinkers than racial realists. You could easily apply this line of reasoning to other progressive causes such as climate change.

Current progressive, anti-racist thinking, therefore, allows its adherents to pat each other on the back for their advanced thinking—even while they are consistently wrong about the real-world implications of their conclusions. And the mainstream media will back them up.

If realists are to ever win our cause, we must break this cycle.