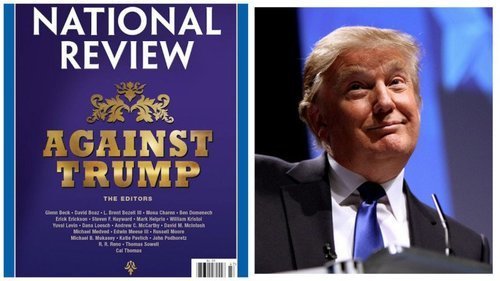 Re: Patrick Cleburne’s blog post NATIONAL REVIEW Against Trump: Do They Actually Have Readers?

I listened to National Review’s Jonah Goldberg this morning on the Mike Gallagher Show. [Podcast available here, Friday, January 29] Goldberg talks very fast and sounds like he's lying, even on the occasions when he isn't. Gallagher demanded to know if National Review would support Trump if he gets the Republican nomination.

Goldberg said that "we support the entire field" against Trump. Thus, National Review will commit to supporting corrupt, liberal hacks such as Gilmore, Pataki, Kasich, Fiorina, Bush, and Rubio, but not Trump.