From: A New Jersey Reader [Email him]

I stumbled across an Playboy interview of a black author named Mychal Denzel Smith [Tweet him] that includes the following exchange:

Playboy: In the book you talk about the idea of escape. After the 2016 election, people were declaring they would move to Canada, but you talk about how black people don’t have that choice. We face racism or colorism or the ill effects of colonialism wherever we go. I keep fantasizing that if Trump wins again, I’m just going to download Duolingo and hop on a plane to Mexico City, but it’s not that simple. When it comes to black Americans and this idea of fight or flight, there really is no flight option.

Smith: There is no flight option. Anti-blackness pervades the entire globe. We can’t escape it. If it’s fight or flight, we only have fight, and it’s going to be fight no matter where we go.

Stakes Is High: A Conversation with Mychal Denzel Smith One of the foremost public intellectuals of the millennial generation speaks to Playboy about his highly anticipated book September 10, 2020 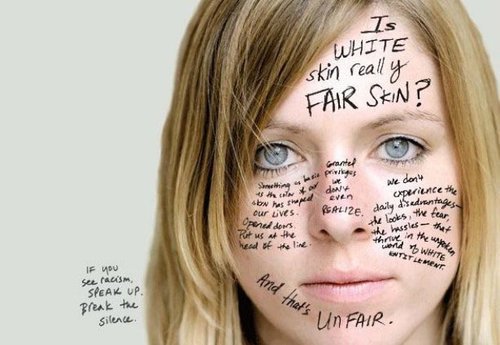 In considering why anti-blackness might pervade the entire globe, I immediately think of something "Paul K." wrote at View From the Right in the context of the "Un-Fair"  anti-white propaganda campaign in Duluth in 2012.  Here it is, with Larry Auster's intro:

Whites have turned our society upside down trying to deal with racism for the past 60 years, so it’s hardly novel to urge them to “have a role.” One wonders, though, when blacks will play a role beyond voicing complaints and demanding concessions. Much of what is called racism is an understandable reaction by whites to the unacceptable behavior of blacks. For example, whites tend to avoid situations where blacks congregate, out of fear of black violence. Which group can do more to resolve this problem? Would Mayor Ness recommend that blacks be less violent or that whites be less fearful of their violence? A great many social problems are attributed to the fatherless homes in which black children are raised; according to Mayor Ness, is this a problem that it is up to blacks or whites to address? Many whites withdraw their children from public school because the poor performance of black students lowers the academic quality and their disruptive behavior creates a chaotic environment; would Mayor Ness recommend that whites get over these concerns? Examples could continue.

Blacks are responsible for the behavior out of which most racial friction grows. Whites can only choose their reaction to it—resistance, acceptance, or avoidance. Yet to Mayor Ness and his ilk, it is only whites who have the power to change the situation.

It is remarkable how often the obvious question goes unasked. I recall an instance when then mayor Ed Koch was being shown around a dilapidated housing project. Local activists pointed out its many unacceptable deficiencies, among them stairwells reeking of urine.

“Who urinated in the stairwells?” Koch asked, ingenuously.

The response: a baffled silence.