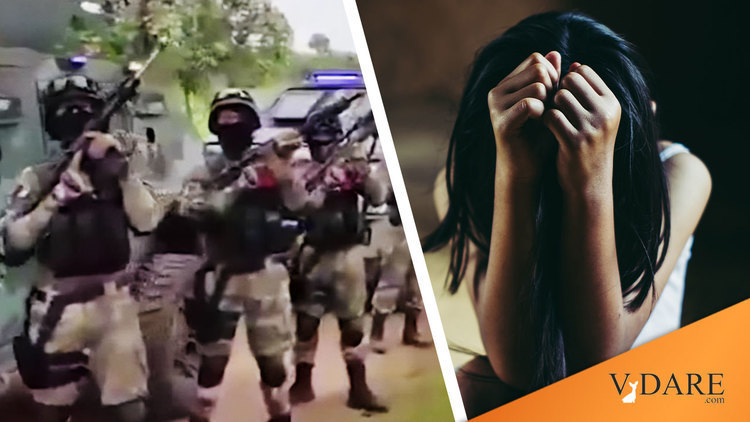 During my teaching career, I taught two girls who had been brought across the southern border illegally,  restrained in buildings in Houston, and raped 10-20 times a day until  police rescued them. One told me her parents sold her to the cartel. The other said she ran away from home with her “boyfriend.”

I believe we can all agree that by any reasonable definition of the word, these girls were slaves. One was literally sold into slavery.

The Democrat party is working hard to facilitate the slave trade and to decriminalize it. They are literally helping the slave traders transport slaves throughout the USA.

Democrats were very successful at branding Republicans as racist.

How do we inform average people about the open slave market the Democrats are running at the Southern border?

James Fulford writes: In the article I linked above, I wrote that in announcing for President, Donald Trump added the words ”and they’re rapists” to the end of his list of things wrong with illegal immigration. (He’d read Adios, America, including Chapter 11.) This is perfectly true—Mexico has a horrific rape culture, especially among the illegal immigrant class, one way in which Mexico is not sending its best.

And when a candidate for President called out Mexican rape culture in 2015, that might have been a good time for the national news media to ”have a conversation” about Mexican rapes, because I assure you it’s old news here at VDARE.com.

See  The Rape Tree, from Nicholas Stix in 2010, in which the habit of Mexican border smugglers treating rape as the ”price of admission” to the US is covered, and How rapists prey on vulnerable border crossers, Washington Times, November 21, 2005, which quotes Minuteman Tim Donnelly as saying that they could hear the screams of rape victims in the border crossing areas, a story also recounted here.