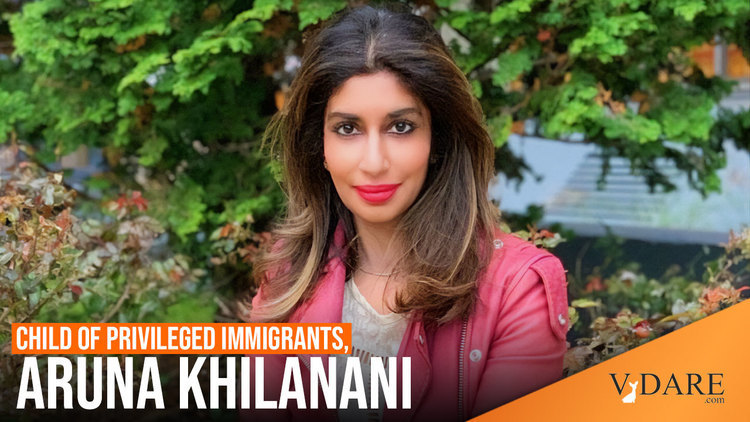 Re: James Fulford's blog post Aruna Khilanani, Child Of Privileged Immigrants, Hates The White People She Was Raised With

From: A Psychoanalytic Skeptic [Email him]

This kind of rhetoric is not unique to one lone psychoanalyst.

An abstract from Donald Moss' paper "On Having Whiteness":

Whiteness is a condition one first acquires and then one has—a malignant, parasitic-like condition to which “white” people have a particular susceptibility. The condition is foundational, generating characteristic ways of being in one’s body, in one’s mind, and in one’s world. Parasitic Whiteness renders its hosts’ appetites voracious, insatiable, and perverse. These deformed appetites particularly target nonwhite peoples. Once established, these appetites are nearly impossible to eliminate. Effective treatment consists of a combination of psychic and social-historical interventions. Such interventions can reasonably aim only to reshape Whiteness’s infiltrated appetites—to reduce their intensity, redistribute their aims, and occasionally turn those aims toward the work of reparation. When remembered and represented, the ravages wreaked by the chronic condition can function either as warning (“never again”) or as temptation (“great again”). Memorialization alone, therefore, is no guarantee against regression. There is not yet a permanent cure.

Yet another, or another two, violations of the over 50-year old Goldwater Rule that says ethical psychiatrists are not allowed to diagnose a President they’ve never treated or even met.

We always knew that psychoanalysts were not that tightly wrapped, but this all-in hatred of whites is new.