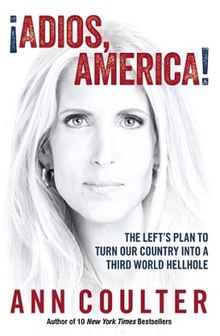 Today we'll talk about how to write a New York Times op-ed in 45 minutes or less. We all like labor-saving tips!

The main point to keep in mind is that your op-ed is not intended to elucidate, educate or amuse. These are status pieces meant to strike a pose, signaling that you are a good person.

After reading your op-ed, readers should feel the warm sensation of being superior to other people—those who don't agree with you. The idea is to be in fashion. It's all about attitude, heavy on eye-rolling.

(1) Psychoanalyze conservatives as paranoid and insecure. Liberals—who, to a man, have been in psychoanalysis—enjoy putting people they disagree with on the operating table and performing a vivisection, as if conservatives are some lower life form.

Thus, for example, an op-ed in this week's Times by Arthur Goldwag [Email him] was titled "Putting Donald Trump on the Couch."

This should not be confused with Justin A. Frank's 2004 book, "Bush on the Couch," offering a detailed diagnosis of Bush's alleged mental disorders.

Nor should it be confused with a column that went up on Daily Kos the day after I wrote this column, psychoanalyzing me. (I'm just glad I snubbed the guy in high school.)

Let's pause right here. I am obsessed with Donald Trump. I wish I could cancel my book tour and just lie in bed watching his speeches all day long. I'm like a lovesick teenager studying Justin Bieber videos. And I've never seen Trump look angry.

(Goldwag continued) " ... that immigrants and other losers are destroying the country while the cultural elites that look down on him stand by and do nothing resonates strongly with the less-educated, lower-income whites who appear to be his base."

Yes, Trump's base are "less-educated." This is as opposed to Democratic voters, who couldn't figure out how to fill in a Florida ballot in 2000.

True, writing like this will expose your own gigantic paranoia at being excluded from historic WASP America. If you start obsessing over the Augusta National Golf Club (as the Times did for one solid decade), people will naturally begin to suspect that you're resentful toward traditional American culture.

But I am not giving lessons in self-esteem here. I'm trying to help you dash off an op-ed in record time. Psychoanalysis has been liberals' go-to move forever.

Following the 1964 presidential election, the American Psychiatric Association was forced to issue "the Goldwater rule," prohibiting shrinks from psychoanalyzing people they'd never met, after a few thousand of them had issued their professional opinion that Barry Goldwater was nuts. (A "frightened person," "paranoid," "grossly psychotic" and a "megalomaniac.")

It's not very interesting, but, again, the sole purpose of your op-ed is to assure the status-anxious that they are better than other people.

(2) The perfect hack phrase is to say conservatives are "frightened of the country changing around them."

(You want angry? Go to an Al Sharpton rally.)

I thought it was a nice gesture that Mark admitted that conservatives are not "organized hate groups." We owe you one, Mark! You're a super guy.

Yes, this from the party of reparations, #BlackLivesMatter, comparable worth, "Lean In," the DREAM Act and so on. If the Democratic Party were a reality TV show, it would be called "America's Got Grievances!"

You're doing this not just for the $75 you'll make for writing a Times op-ed. Dreadful hacks meet a need.

Times writers are like personal shoppers for people too lazy to form their own opinions. Just don't imagine that this is good writing, comedy or art. But it's not bad for something you can dash off in about 45 minutes!