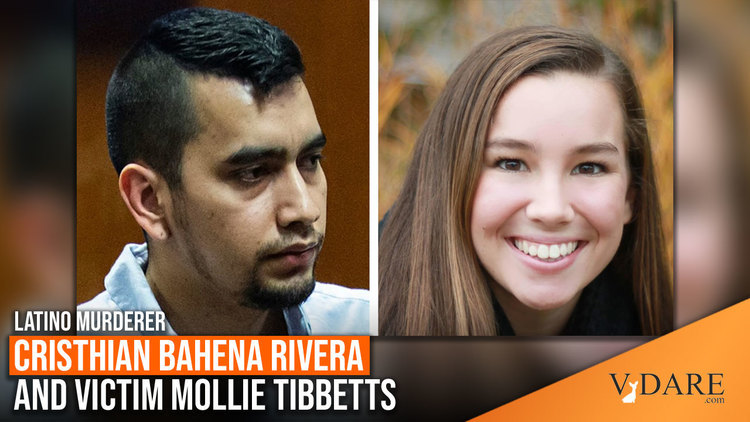 Re: James Fulford's blog post: Mollie Tibbetts's Killer Got The Change Of Venue White Men Can't Get,  Is Convicted Anyway

From: A Midwest Reader  [Email him]

I agree that race was a major factor in the change of venue, but thought it was on balance a good thing. Having grown up in the rural Midwest, I know the average prosecutor in a county the size of where the murder took place has no experience with high profile cases like this and it was better to move it to a larger city.

In terms of getting a conviction, Sioux City would have been the only larger location in Iowa more likely to deliver a conviction than Davenport. I would have been concerned about a hung jury had they gone to Iowa City or Des Moines. I also noticed the vile defense tactics; it is a good thing for Mollie Tibbett's boyfriend Dalton Jack he was two hours away when the murder happened or who knows what the FBI would have put him through?