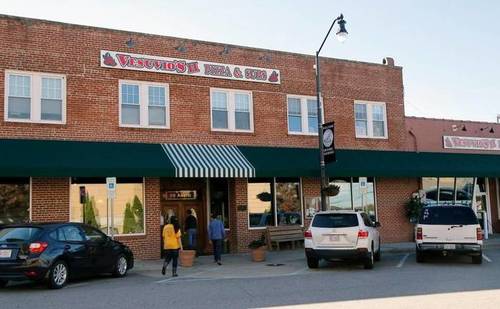 From: J. Paige Straley [Email him]

When you read this story you realize that the Federales are protecting an illegal alien, not the people whose jobs she and others like her are devaluing and closing out from American citizens. After Solais reported lost wages to labor officials, former boss had her investigated

When desperation drove Miriam Martinez Solais to sneak across the Rio Grande in 2007, she imagined life in the United States would be worth the risk.

Here, Solais thought she would find decent pay for honest work. She imagined earning enough money to feed and clothe Ruth, the 3-year-old daughter she left behind with family in Mexico.

Instead, Solais, 28, could spend the next five years or more in prison. Roxboro police say she is a thief who used a stranger’s Social Security number when seeking work as a cook at a local Italian restaurant.

Federal labor officials describe a different kind of misconduct. They say Solais is the victim.

In a complaint filed in federal court, labor investigators are accusing Solais’ former boss, Giovanni Scotti D’Abbusco, of retaliating against her for complaining that Vesuvio’s restaurant cheated her out of thousands of dollars of wages she earned.

Solais’ predicament brings to the forefront political and policy questions that draw emotional responses. Like millions of other natives of Mexico, Solais came to America uninvited and is here illegally. She soon found a place for herself in a service industry that leans on immigrants willing to work hard for low pay. [More]

Those darn citizens, they want a decent wage...whereas the illegals always effect wages downward, as well as effecting job markets. But which group are the Federales working for here?

The irony is so, so delicious.

James Fulford writes: There are a number of things wrong with the story, such as their saying that it was “desperation” rather than greed that caused the woman to enter America without permission, and the fact that they call her an “NC worker”, when the story goes on to say that she’s actually a Mexican worker.

However, the most interesting thing is that as far as I can tell, if this woman is a victim at all, she’s the victim of an immigrant entrepreneur. A web search for restaurateur Giovanni Scotti D’Abbusco suggests that he may be a fairly recent immigrant himself, who also owns a pizzeria in Pozzuoli, Italy.