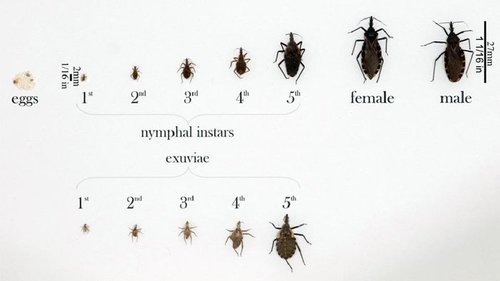 From: Anonymous In Alabama [Email them]

Last year I took a class through adult education at Auburn on deadly infectious diseases. I learned about Chagas disease, also known as Kissing Disease carried by the “Assassin beetle.” The beetle, which looks like a large lightning bug, is indigenous to the Americas, but the Chagas variety is only indigenous to Central and South America. At night, it comes out, and attracted to carbon dioxide, bites its victims on the mouth and lips. The Central /South American variety is deadly and has been carried north by illegal immigrants in their personal belongings.

Guess where it's been found? Alabama, Virginia and Texas. An Auburn professor was just on the news reassuring us that no one has died in Alabama "yet" and that he thinks it might be a treatable disease.[Kissing bugs: Are they a threat in Alabama?, By ABC 33/40, November 24, 2015]

I’ve been telling friends and family that this plague was coming. Gotta love globalization.