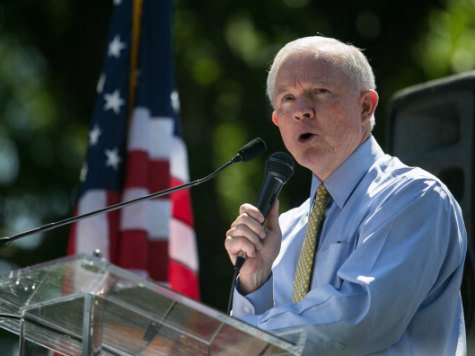 A “Camp of the Saints” type surge of illegal aliens on our southern border was caused by "illegal decisions by the Obama administration resulting in selective enforcement of immigration laws," says "Virginia Paleoconservative"(above).

It's is very much worth a comprehensive and sequential look at those decisions. Many were indeed illegal. Senator Jeff Sessions has made such an overview easy. See his "Timeline: How The Obama Administration Bypassed Congress To Dismantle Immigration Enforcement"—most recently updated at Breitbart under this title: "Sessions Updates Catalogue Of Obama Administration Immigration Non-Enforcement, Breitbart, May 16, 2014." (Or see it in PDF, from Session’s office.)

The complete timeline is about 16 pages. It summarizes about 60 actions taken by the Obama administration to dismantle enforcement and/or deceive the public about what is happening. It is difficult to think of a better use of precious time by anyone seriously concerned about America's immigration catastrophe.