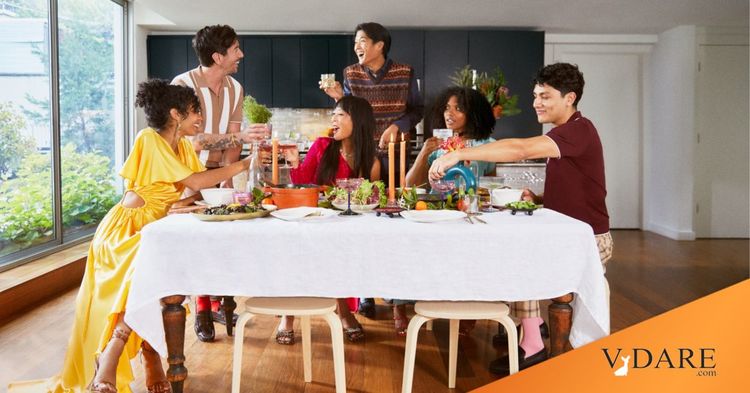 From: ”Spirit Of The Fighting 69th” [Email him] 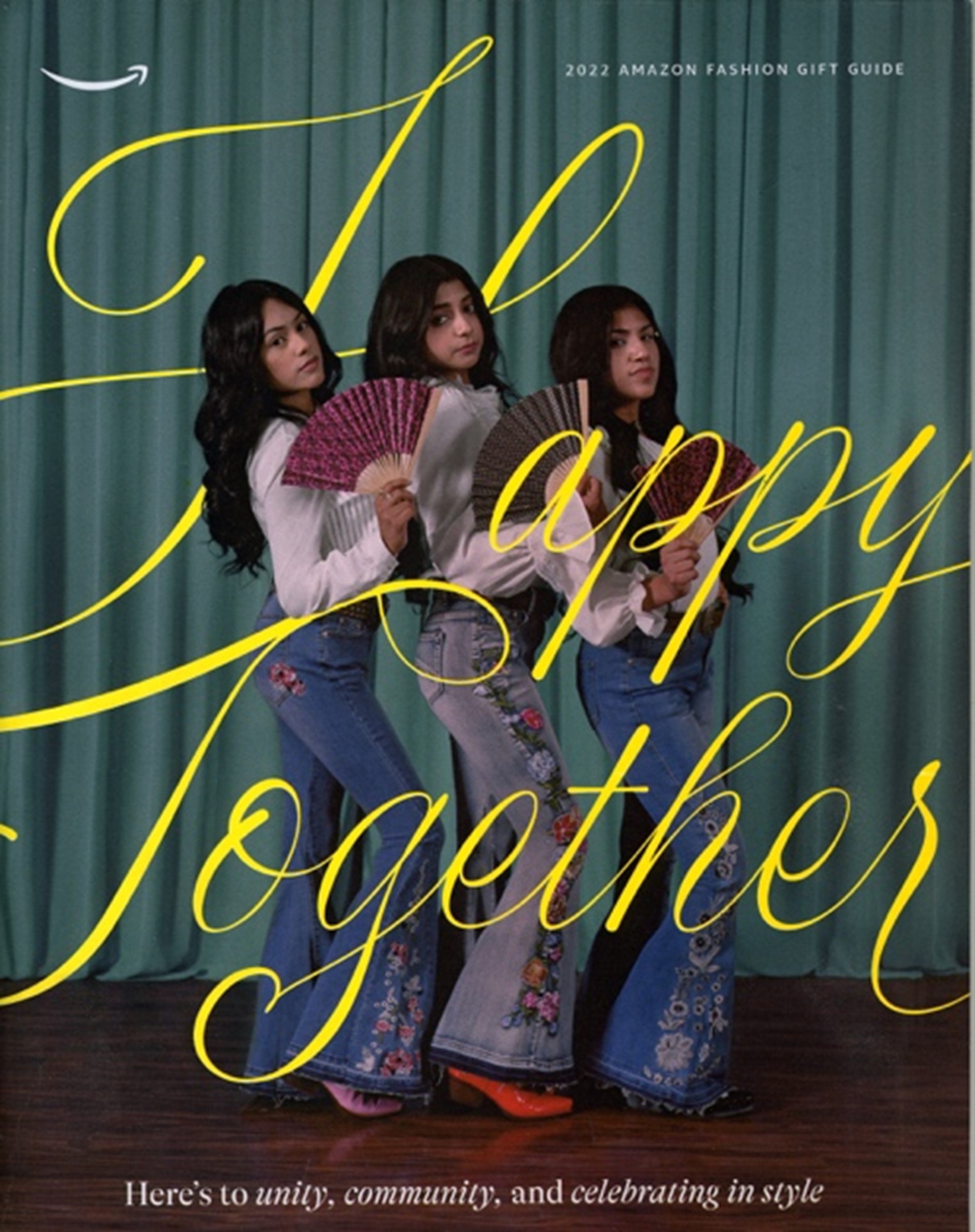 Do white Americans and white families still exist? Not if you look at advertising. Both in the private and government sector whites are a relic of the past. Showing a white family offends the finer sensibilities of the commercial and government elite.

Once again, as I reported last year, Amazon, whose purchasing base is white, has sentenced whites to Outer Thule. In its 2022 Amazon Fashion Gift Guide, mailed out as a treezine, not only are whites scarce, but what is the occasion for all this gift-giving? If it’s the upcoming Christmas season you wouldn’t know it from the ”Happy Together” cover which highlights ”celebrating in style.”

But what style? The inside cover gives a hint with ”the holiday feeling,” and opposite page four’s ”HOLIDAY High NOTE” the Boston Children’s Chorus wears red sweaters against a green backdrop, but Christmas is never mentioned.

Overall, I counted eighteen images of whites in sixty-seven pages including the cover (right), which is given over to Latinos. Blacks, although only twelve percent of the population, dominate the pages, followed by mestizos and Orientals.

You can see what I mean in Amazon’s online video below.

War On ChristmasWar On Whites
<< Previous
Next >>
LATEST