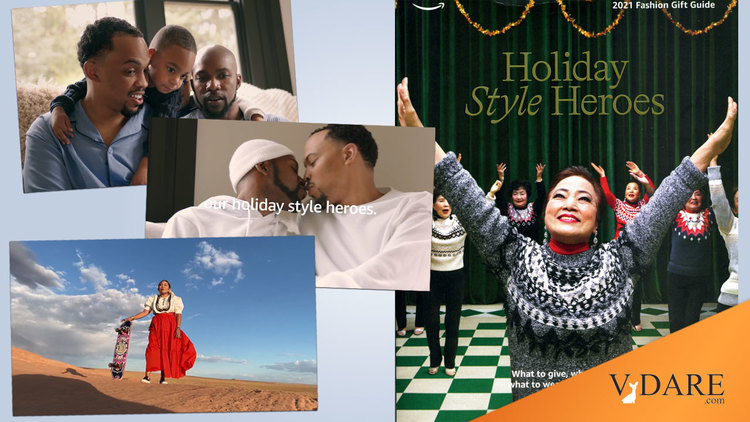 Are there any white people in the U.S.? To look at Amazon’s “Holiday” catalogue you’d have to wonder, and wonder what “holiday” it is as Christmas is nowhere mentioned. The cover features members of the New York Korean Community Center; inside are American Indians, Hispanics, blacks, a huge “trans woman,” and to cover both bases, two of the blacks are a homosexual couple with small children—the new kind of “family.” 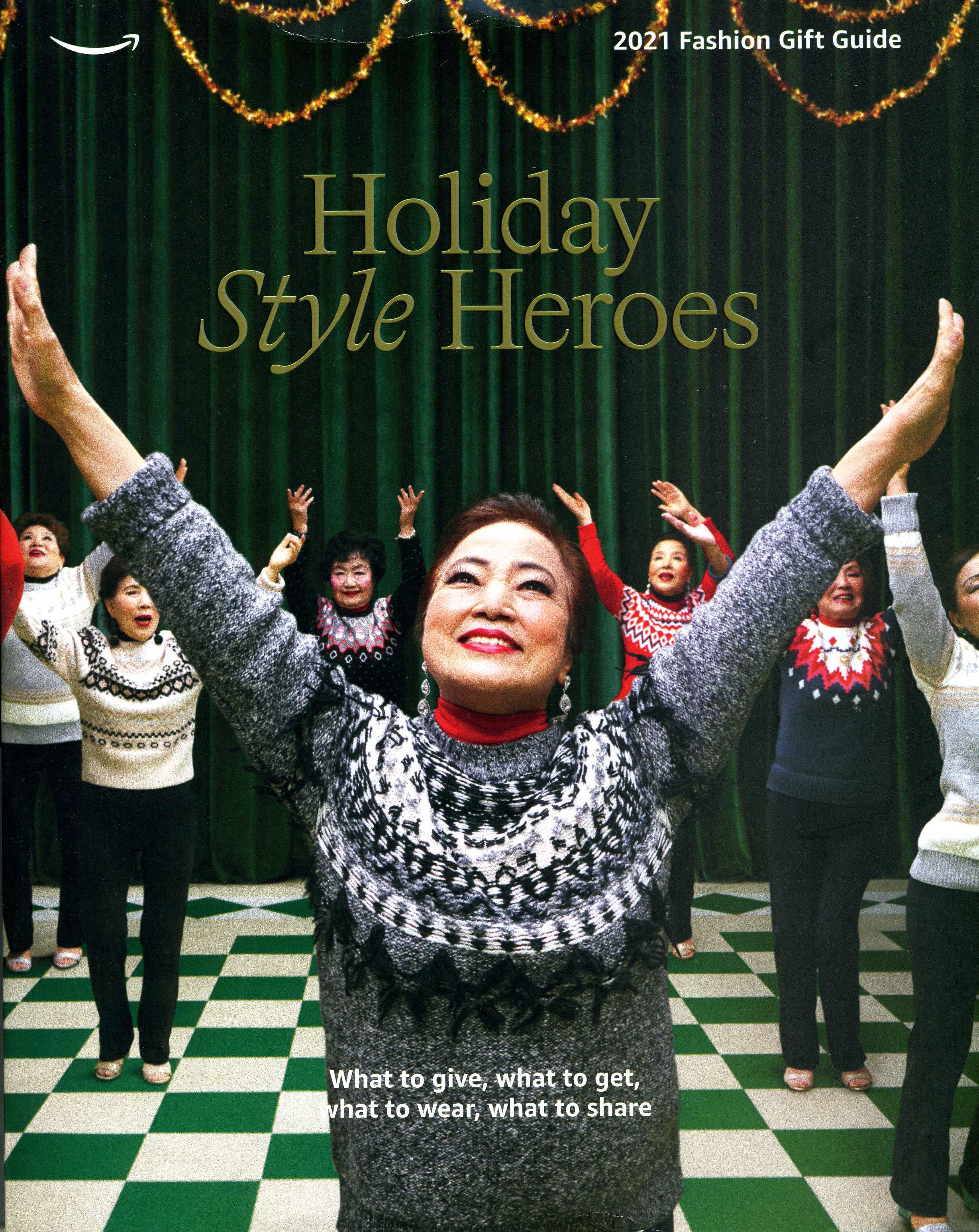 Whites are scarce and look like leftovers from a seventies hippy commune, bloodless and weak.  Of the white men (three, I think) who appear, one is in a wheelchair to show solidarity with the handicapped “community,” one presumes; the other two look in need of a good steak.  Nowhere is vigorous masculinity; that would be toxic in PC lingo. The seventies slogan was “Make Love Not War”; these fellows look incapable of either.

The goods being peddled are atrocious, more fitting for a thrift shop or the rubbish bin, with no prices listed; you need the “app’ for that. Gone is the elegance of Christmas catalogs past, instead everyone is always “casual,” demonstrating Diana West’s Death of the Grownup in spades. Now front and center are exhibitionists of fashionable slovenliness in appearance as well as character, banished are taste and grace. Those, after all, are symbols of “white supremacy.”

James Fulford writes: This catalog, as a catalog, is actually a dead tree product, not even available as a PDF, although people are selling copies on eBay.

However, this Amazon link will take you to a page with the same basic content and a video showing all of the above weirdness.