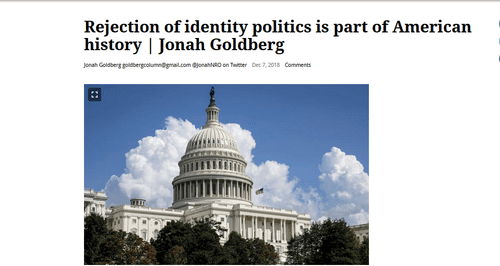 Re: A Reader Writes On Congressman Joe Crowley, A "White Guy" Who Lost His Job To A Minority

Identity politics, it's all around. I was a precinct captain and county committeeman in NYC, I know identity politics. Voting was on ethnic lines; issues were not primary. Jews would vote for Jews, Italians for Italians, Irish for Irish, even when their own ethnic candidate was antithetical to their views. Education level didn't matter. There wasn't a lot of crossover. When Steven Solarz's district went from Jewish to Puerto Rican, the Puerto Ricans liked his voting, but decided they wanted one of "our own". Nydia Velázquez was in, Solarz was out. [Solarz Opponents Resist Calls For Unity, By Mary B. W. Tabor, NYT, August 9, 1992]

The same thing happened to Joe Crowley in NYC. (See Loser Joe Crowley: “I Can’t Help That I Was Born White”, by Steve Sailer.) Dems who think they can import Hispanics by the millions and hold onto power are in for a shock. The imported Hispanics will soon want "one of our own" and the white Dems will be sent packing, their heads spinning in amazement over their displacement.