A California Reader Insists There's No Real Shortage Of Water: There Are Just TOO MANY PEOPLE 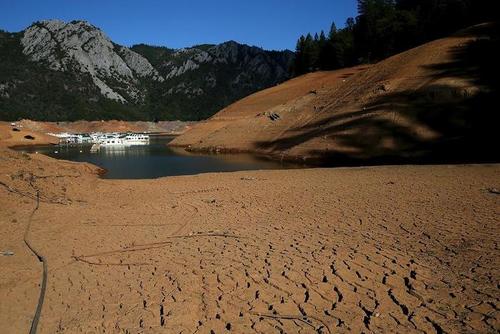 The truth is America is in a permanent state drought because of it's permanent mass immigration policies, not weather phenomena.

America's weather has been remarkably consistent for the past 10,000 years, the only change is US immigration policy, and that's always been invasion.

The government is also pushing drought because "water reclamation projects" are cash cow for political graft, just the debt finance fees alone for one project are enough to buy office.

It's a low risk prospect for elected officials too, it's usually decades before all their phony "water projects" are identified as "fraudulent wastes of public spending" that deliver NO NEW WATER long after the political hacks are retired millionaires.

Lake Mead is being sucked dry by humans, not the weather, worse still most of the humans doing the drinking aren't even paying for the water, they're stiffs on welfare.

James Fulford writes: I assume there are people who would like to worrry about the science of how much drought there is, but it's not important. The public policy poinnt is that for every resource issue—housing, energy, land, water—there is a numerator and a denominator. If you add more people, there's less per person.