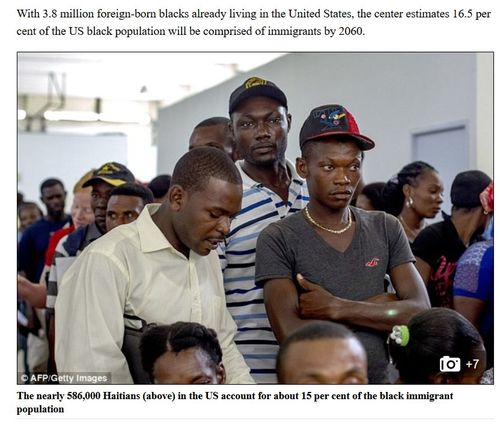 VDARE.com is an immigration-patriot i.e. restrictionist website. We're also race realist: We accept that in a multiracial society, different races will inevitably, in the generality, precipitate out at different levels, in defiance of any social-engineering intervention not absolutely totalitarian.

Given all that, what do we think about black immigration? I raise the subject because there have been a couple of news stories recently on, or near, this topic.

Black immigrants, on average, earn more money and use less welfare than blacks born in the United States, raising doubts about the reach and impact of systemic racism

This is  a kick in the crotch to the jabber about "implicit bias" and "systemic racism" that we've been hearing from Mrs. Clinton and her Vice Presidential sidekick in recent speeches and debates. If "systemic racism" and "implicit bias" explain the under-performance of black Americans, why don't they work their evil magic against black immigrants?

LifeZette’s Kirby continues with lots of statistics about how much better immigrant blacks do socially than American-born blacks. He quotes Steve Camarota, director of research at the Center for Immigration Studies, without bothering to tell readers, as media outlets normally do, that the Southern Poverty Law Center has tagged CIS as a hateful nest of hate-filled haters who favor the public stoning of illegal immigrants.

The Camarota quote pretty much gives the game away. Camarota notes that thirty percent of black immigrants have college degrees, compared with less than twenty percent of American-born blacks. In other words, we're importing the smart ones.

Sub-Saharan Africa has a billion people. Even with a very low average IQ, that's a heck of a big bell curve, and the extreme right-hand tail has tens of thousands of high-IQ persons in it. A lot of them want to get out of their crappy, corrupt, sinkhole countries, and the U.S.A. is highly favored as a destination.

So, no surprise they're doing well. There are other things to be said, though.

One is "regression towards the mean." Very smart people are sports of nature. Their kids will be smart too, since intelligence is partly heritable, but not as smart as their parents.

The overall effect is beneficial in the long run, as regression towards the mean fades with succeeding generations, leaving you with a sub-population —the descendants of these immigrants —overall smarter than the home population back in Africa. That's how Natural Selection works! They just won't be as smart as the original immigrants. 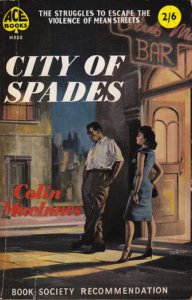 And then there's chain migration. Johnny Fortune from Nigeria (the hero of British novel I read when it was published in the 1950s) may be an excellent fellow; but under our current, insane immigration rules he'll be sponsoring numerous relatives for family-reunification visas, along with friends and acquaintances who have bribed easily-bribable Nigerian government clerks to provide fake documents "proving" they are related to Johnny. It's statistically unlikely that any of these folk are as smart as Johnny.

And then of course there are the "refugee" rackets. We don't give IQ tests to refugees. The bribery factor applies here even more so.

With refugees from Africa there are also health issues. Africa is the home of unpleasant diseases, and our refugee screening procedures seem not to be very good.

Just this week we got news that an eight-year-old refugee boy from the Congo died shortly after landing at O'Hare airport in Chicago. The boy was sick prior to the flight, we are told, and suffered diarrhea and vomiting. The Centers for Disease Control got involved, but so far I haven't seen a diagnosis in the news stories. [ 8-Year-Old Refugee Dies After Flight To O’Hare, By Suzanne Le Mignot , CBS, October 5, 2016]

And then there are African illegals. A visitor or student visa for the U.S.A. isn't that hard to get; and once you're in, you're in. If you can't get a U.S. visa, get one for some South or Central American country, and head north.

This is a fast-growing problem:

And, as I keep reminding you, the U.S.A. has already received its first load of African boat people. 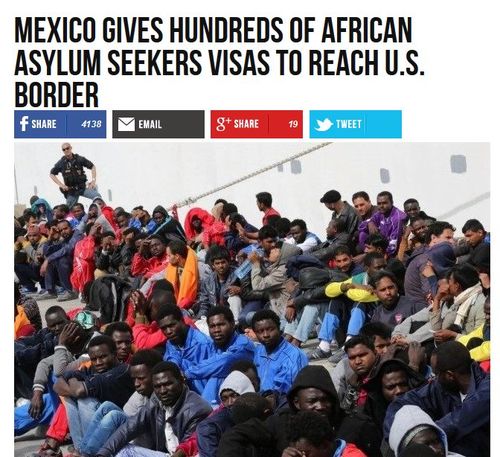 Surveying the world at large, it looks as though a good first cut for a sensible immigration policy into Western nations would be: no blacks, no Muslims.

The problem with that, in the case of the U.S.A., is the offense it would naturally give to our own black citizens.

I'm not sure how much offense that would be: I recall a couple of incidents —including one actual fist-fight —that suggest much resentment by American blacks towards black immigrants, who, as described in the article I opened with, leapfrog over native blacks into the middle and upper-middle class.

A ban on black immigrants might be seen as an implicit slight on the blackness of our black fellow Americans none the less. The best way around this would be a moratorium on all immigration from anywhere, which is what we’ve been arguing for at VDARE.com. Then no citizen has any reason to be offended by our immigration policy—plus we can get to work assimilating the tens of millions who have come in across recent decades.

A sidebar issue here, always worth a mention, is the enthusiasm that immigration fanatics apparently have for plundering the human capital of the Third World. Every one of those high-IQ blacks we're taking in is one less high-IQ person in the source country, to help develop and improve that country.

Personally I couldn't care less what happens to Nigeria, Zimbabwe, or Haiti. But Goodwhites claim they do care—yet they seem to be fine with our accepting all the smart people from those places, depleting their already too-small stocks of high-quality human capital.

They're hypocrites. You knew that, of course. But it's always worth saying again. 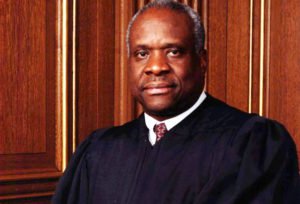 Which reminds me: Here's one person you won't find in the Museum of African American History and Culture, unless you look really hard: Clarence Thomas (right)  our country's second black Supreme Court justice —who, by the way, attains the 25th anniversary of his confirmation to the Court next week, October 15th.

Justice Thomas ought to be an ideal subject for a full-case display at the Museum. Descended from slaves, he was born into serious rural poverty in the Jim Crow South, made his way by diligent study to Yale Law School, then climbed up through state and federal attorney positions to the Supreme Court. 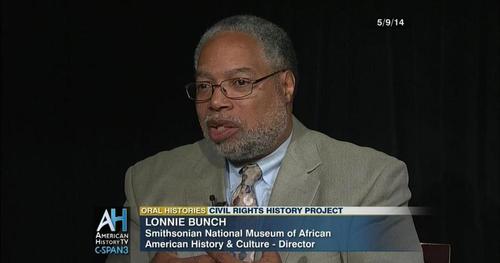 He is also very black. I can testify to this, having met him once. Possibly that's the reason for his exclusion from the museum, I don't know. Institutions of this kind are usually brought to us and supervised by light-skinned blacks, or at darkest by mulattos like Barack Obama. (Pictured right, Museum Director Lonnie Bunch,) Perhaps Justice Thomas didn't pass the Paper Bag Test, I don't know.

Much more probably he's been passed over for not toeing the CultMarx ideological line. Thomas is a conservative, whose lucid and well-written opinions have done nothing to advance the cause of tearing down the hateful edifice of white male capitalist oppression.

At any rate, the Museum didn't see him as a fit subject for a display. His name appears only once, in an exhibit featuring Anita Hill, the black feminist who tried to derail Thomas's confirmation by the Senate Judiciary Committee. [African American Smithsonian Museum Snubs Justice Clarence Thomas, by Alex Swoyer, Breitbart.com, October 5, 2016]

Breitbart.com tells us that: "The museum didn't return Breitbart News's request for comment.”

No doubt they were too busy putting the finishing touches to the O.J. Simpson Room.

Post
NYT: The Appalling Injustice That An Important Person Lost A Nice Job Over 9/11 Happening On Her Watch
MORE...
POPULAR TAGS