Why Trump Must Not Apologize

"Never retreat. Never explain. Get it done and let them howl."

Donald Trump has internalized the maxim Benjamin Jowett gave to his students at Balliol who would soon be running the empire. 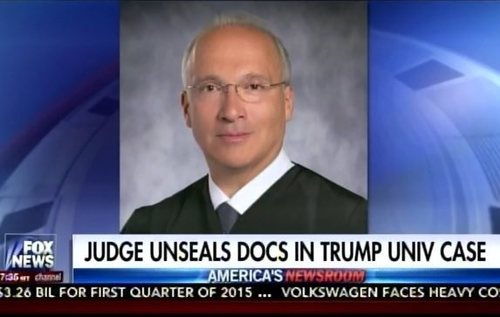 And in rejecting demands that he apologize for his remarks about the La Raza judge presiding over the class-action suit against Trump University, the Donald is instinctively correct

Assume, as we must, that Trump believes what he said.

Why, then, should he apologize for speaking the truth, as he sees it?

To do so would be to submit to extortion, to recant, to confess to a sin he does not believe he committed. It would be to capitulate to pressure, to tell a lie to stop the beating, to grovel before the Inquisition of Political Correctness.

Trump is cheered today because he defies the commands of political correctness, and, to the astonishment of enemies and admirers alike, he gets away with it.

To the establishment, Trump is thus a far greater menace than Bernie Sanders, who simply wants to push his soak-the-rich party a little further in the direction of Robin Hood and his Merry Men.

But Trump, with his defiant refusal to apologize for remarks about "rapists" among illegal immigrants from Mexico, and banning Muslims, is doing something far more significant.

He is hurling his "Non serviam!" in the face of the establishment. He is declaring: "I reject your moral authority. You have no right to sit in judgment of me. I will defy any moral sanction you impose, and get away with it. And my people will stand by me."

Trump's rebellion is not only against the Republican elite but against the establishment's claim to define what is right and wrong, true and false, acceptable and unacceptable, in this republic.

Contrast Trump with Paul Ryan, who has buckled pathetically.

The speaker says Trump's remark about Judge Gonzalo Curiel being hostile to him, probably because the judge is Mexican-American, is the "textbook definition of a racist comment."

But Ryan's remark raises fewer questions about Trump's beliefs than it does about the depth of Ryan's mind.

We have seen a former president of Mexico curse Trump. We have heard Mexican-American journalists and politicians savage him. We have watched Hispanic rioters burn the American flag and flaunt the Mexican flag outside Trump rallies.

We are told Trump "provoked" these folks, to such a degree they are not entirely to blame for their actions. 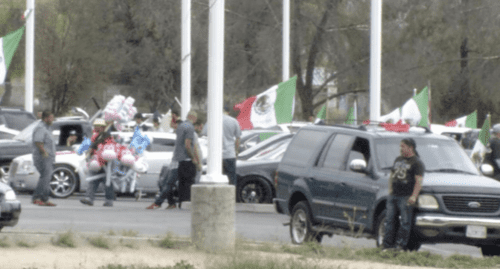 Yet the simple suggestion that a Mexican-American judge might also be affected is "the textbook definition of a racist comment"?

The most depressing aspect of this episode is to witness the Republican Party in full panic, trashing Trump to mollify the media who detest them.

To see how far the party has come, consider:

After he had locked up his nomination, Barry Goldwater rose on the floor of the Senate in June of 1964 and voted "No" on the Civil Rights Act. The senator believed that the federal government was usurping the power of the states. He could not countenance this, no matter how noble the cause.

Say what you will about him, Barry Goldwater would never be found among this cut-and-run crowd that is deserting Trump to appease an angry elite.

These Republicans seem to believe that, if or when Trump goes down, this whole unfortunate affair will be over, and they can go back to business as usual.

Sorry, but there is no going back.

The nationalist resistance to the invasion across our Southern border and the will to preserve the unique character of America are surging, and they have their counterparts all across Europe. People sense that the fate and future of the West are in the balance.

While Trump defies political correctness here, in Europe one can scarcely keep track of the anti-EU and anti-immigrant nationalist and separatist parties sprouting up from the Atlantic to the Urals.

Call it identity politics, call it tribalism, call it ethnonationalism; it and Islamism are the two most powerful forces on earth.

A decade ago, if one spoke other than derisively of parties like the National Front in France, the blacklisters would come around. Now, the establishments in the West are on the defensive—when they are not openly on the run.

The day of the Bilderberger is over.

Back to Jowett. When the British were serenely confident in the superiority of their tribe, faith, culture and civilization, they went out and conquered and ruled and remade the world, and for the better.

When they embraced the guilt-besotted liberalism that James Burnham called the "ideology of Western suicide," it all came down.

The empire collapsed, the establishment burbled its endless apologies for how wicked it had been, and the great colonial powers of Europe threw open their borders to the peoples they had colonized, who are now coming to occupy and remake the mother countries.

But suddenly, to the shock of an establishment reconciled to its fate, populist resistance, call it Trumpism, seems everywhere to be rising.