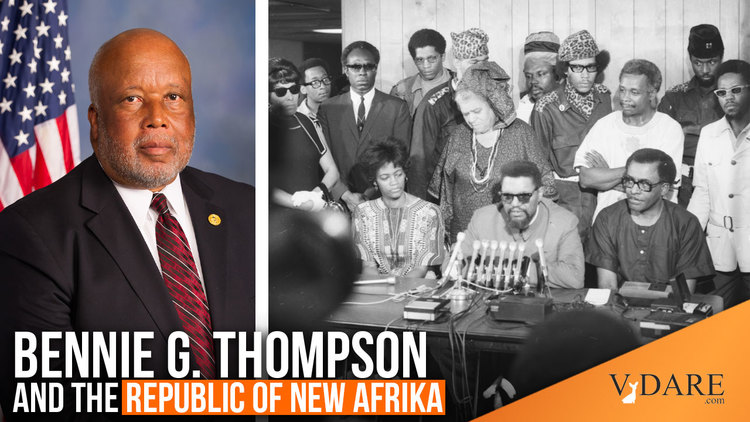 WHY DO WE HAVE TO PUT UP WITH THIS? Rep. Bennie Thompson, Head Of Jan. 6 Witch Hunt, Thought Insurrection Was Fine—For Blacks In The 1960s

Imagine a world in which David Duke was elected to Congress and put in charge of a select committee to investigate the Antifa–Black Lives Matters riots of 2020. You can’t imagine that because it could never happen. But something like it did happen when House Speaker Nancy Pelosi picked Rep. Bennie Thompson of Mississippi to run the committee that is investigating the January 6 Mostly Peaceful Protest—which Democrats and their Mainstream Media auxiliary call an “insurrection.”

Thanks to @SpeakerPelosi for appointing me as Chair of the House select committee. The American people deserve to know what happened on Jan 6. #January6thCommission pic.twitter.com/OPDmN6M8xt

The irony of Thompson as ringmaster for this circus is almost too rich. He was an insurrectionist 50 years ago. He was an apologist for cop killers.

VDARE’s Washington Watcher pointed to Thompson’s past in his piece on the January 6 Inquisition and how the GOP should retaliate if they prevail in next year’s midterm elections. But it merits a fuller treatment:

Thompson’s story begins with the Republic of New Afrika, a black supremacist–secessionist outfit founded in 1968 in Detroit, where its members were acquitted of murdering a cop in 1969, John Solomon reported at his Just the News website [Jan. 6 commission chairman once sympathized with black secessionist group that killed cops, October 4, 2021].

Tipped off by former FBI agents, Solomon recounted RNA’s history, and Thompson’s involvement with the group, which moved its headquarters to Bolton, Mississippi, Thompson’s hometown. Adjunct headquarters were in Jackson Mississippi, “where RNA members threatened to renounce their U.S. citizenship and create a separate New Africa country in the U.S. Southeast.”

In early 1971, cops were on the lookout for a fugitive RNA insurrectionist believed to be using a stolen car, when they arrested other RNA members. Of course, Thompson and a state legislator accused cops of anti-black bias:

Thompson and a state lawmaker held a news conference after the arrests, one captured on video and preserved at the Mississippi Department of Archives & History. Thompson took the lead in bashing law enforcement for pursuing RNA, claiming officers were “oftentimes beating and kicking those who emphasized their constitutional rights.”

“My utmost concern in this matter is to see that people who reside or pass through the town of Bolton are treated fairly and given every opportunity afforded them by law,” Thompson said. … “This was not done in the case of the Republic of New Africa. They are charged with obstructing justice. ... I believe this is an attempt on part of law enforcement officials to stop the Republic from building its community.”

And, needless to say, that was utter nonsense. Cops cracked down for good reason. For at least two years, the FBI had been greatly concerned about RNA’s secessionist plan to seize and establish a new republic in Georgia, Alabama, Louisiana, Mississippi, and South Carolina and create a new, blacks-only country.

Maybe that’s why cops found weapons and ammo inside RNA quarters when they tried to serve the warrant on the RNA members.

In April 1968, an FBI memorandum assessed RNA this way:

U.S. Attorney General John Mitchell was concerned enough about the insurrectionist plot that he briefed President Nixon about it. 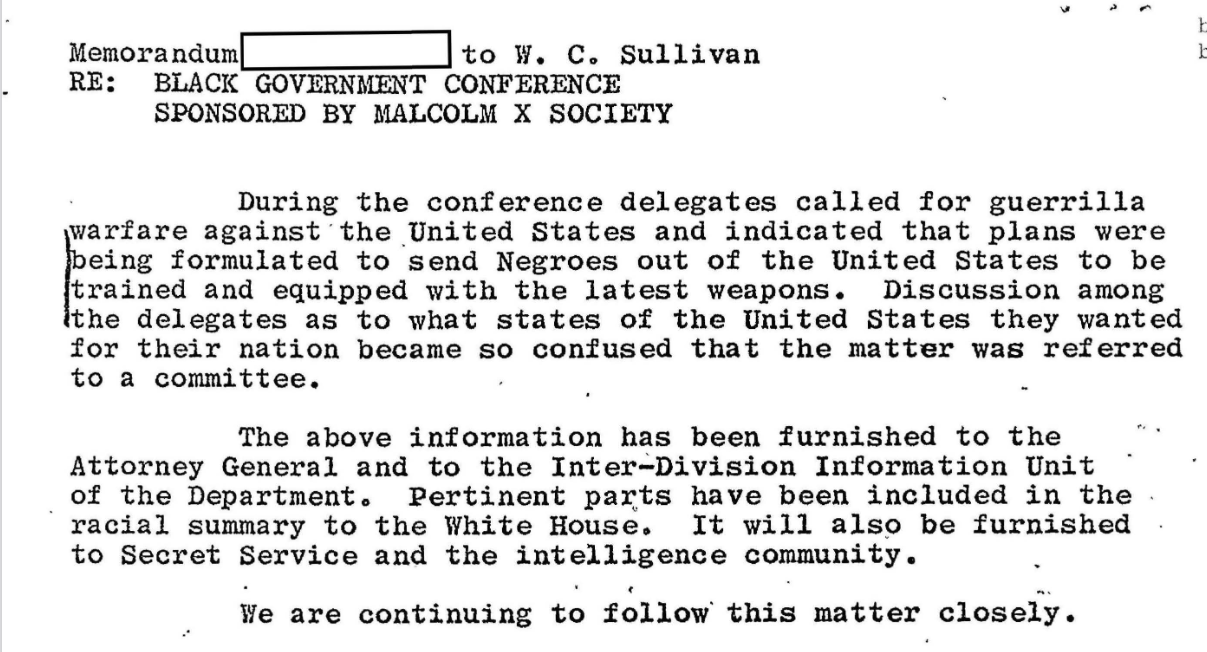 Yet at least this encounter with RNA wasn’t fatal as it had been Detroit…or later in Jackson, Mississippi.

When the FBI and police raided an RNA hideout in August, the insurrectionists opened fire to begin a 20-minute gun battle, Solomon reported:

Jackson Police Department records show that William Crumley, the FBI agent on scene, reported that when the officers arrived at the house, they announced they had a warrant, gave the occupants inside the house 75 seconds to surrender peacefully and then shot a canister of tear gas into the house to flush out the RNA members.

“Firing immediately started coming from inside the house,” the police report said. “Crumley heard someone scream that he was hit.” 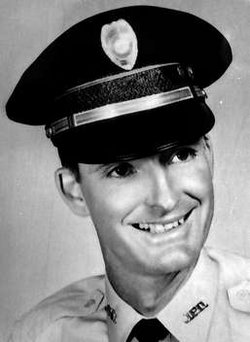 Killed in the gunfight was Lt. Louis Skinner of the Jackson Police Department, pictured right.

The police said two bombs were found inside the house. A demolition team from nearby Camp Shelby disarmed one of the devices in the house, and the other one was removed to be destroyed, according to the police.

The officers also reported that the front door of the house had a booby trap that was set to explode when the door was opened. And they said they found “a Vietcong-type bunker and a tunnel with firing ports” in back of the house 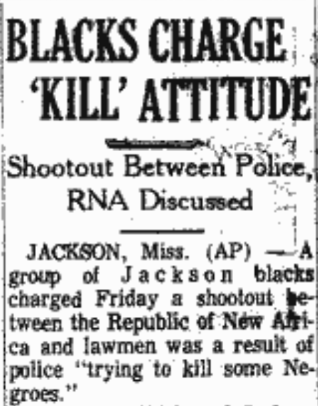 Yet future Rep. Thompson joined “a justice group to support the RNA in the aftermath of the fatal shooting,” Solomon reported. By then an alderman from Bolton, Thompson joined a post-shootout news conference [Blacks Charge Kill Attitude, AP, Times-Picayune, August 28, 1971] at which one participant said Skinner had it coming [Son of slain Mississippi cop: Jan. 6 panel chairman Bennie Thompson ‘hates police officers,’ by John Solomon, Just The News, October 6, 2021].

This time, the RNA terrorists weren’t acquitted. Murder and attempted murder, along with sedition, were among the crimes for which they landed in prison. The RNA insurrectionist who murdered Skinner went to prison for life.

The group was blamed for several other violent crimes, including a deadly bank robbery in Manhattan and the fatal shooting of a police officer who stopped a car full of RNA members in New Mexico. Some of those perpetrators were arrested and convicted, while others fled to Cuba to escape prosecution, according to news stories.

Again, no wonder the FBI considered RNA a threat. They had enough weapons and ammo to seize power in a small Central American country. And they were willing to use them. The cop murders proved that.

Granted, Thompson wasn’t convicted of wrongdoing in connection with the murderous, insurrectionist group or its myriad crimes. But he was an enabler, sympathizer, and apologist for terrorists and murders. He sided with insurrectionists.

It goes without saying that Solomon’s reports bounced off the January 6 narrative like Nerf-gun pellets, and a former insurrectionist will continue running the panel that will attempt to equate what occurred that day with an Islamist terrorist attack that killed 3,000 people.

But why do we have to put up with this?