Earlier: It Looks Like It Was A Black Capitol Hill Policeman Who Shot Unarmed White Veteran Ashli Babbitt.

During the Capitol Hill protests, large groups of unarmed protesters entered the Capitol Building.  They were breaking windows, et cetera, but apparently didn't want to hurt anyone.

One Capitol Hill policeman was willing to kill unarmed protesters to stop this, unlike the police in Minneapolis, where they were willing to allow their own police station to be burned down rather than kill anyone.

As we suspected at the time, that police officer turns out to be black. His name is being withheld from Ashli Babbitt's lawyers, but Gateway Pundit has pictures: 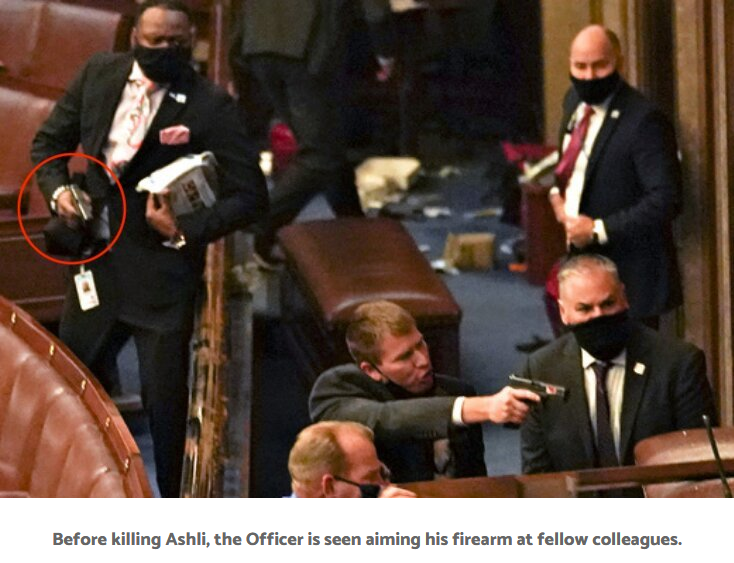 On January 7, I posted It Looks Like It Was A Black Capitol Hill Policeman Who Shot Unarmed White Veteran Ashli Babbitt., based on a video posted by Left-wing filmmaker Dan Cohen, who has now deleted all his tweets. This tweet is archived here, and the video is archived here. 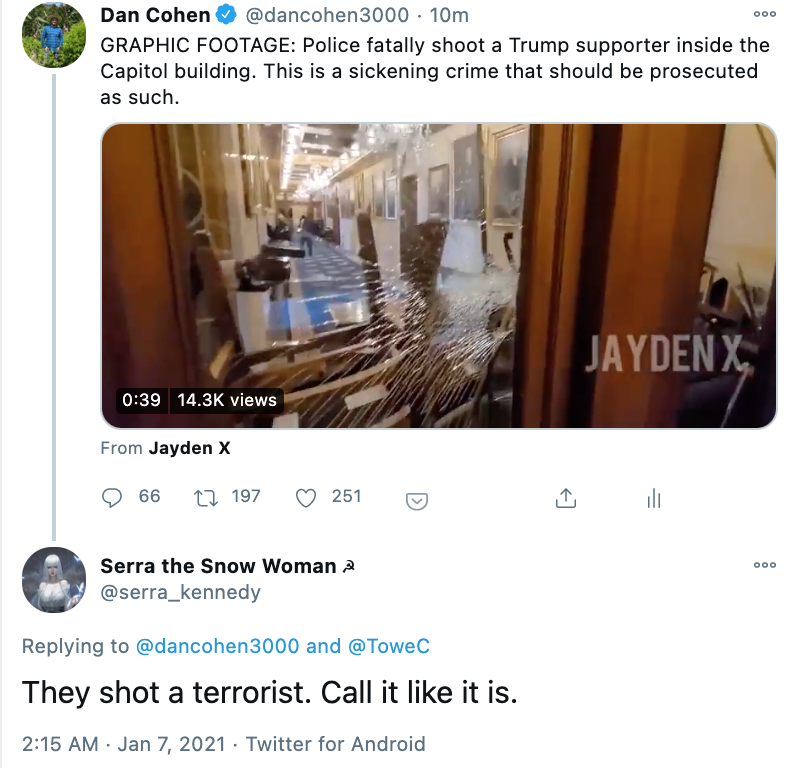 What I said on January 7: After years of vilifying white people who committed justifiable homicide on lethally dangerous blacks, Leftists are valorizing a black cop who shot an unarmed white woman at a political protest.