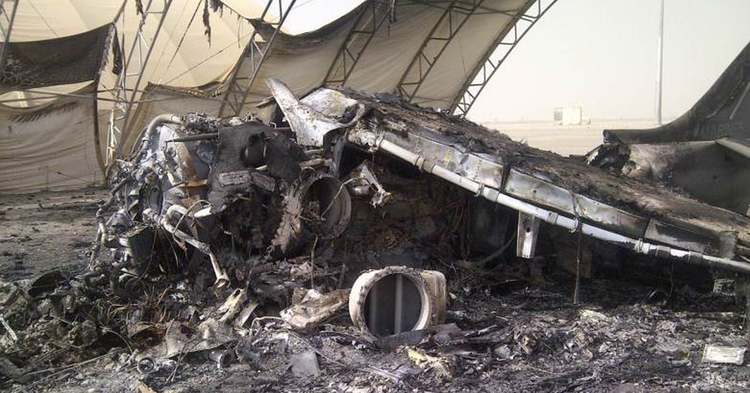 What About the Camp Bastion Attack?

Three days after the bloody 9/11 siege on our consulate in Benghazi, the Taliban waged an intricately coordinated, brutal attack on Camp Bastion in Afghanistan. The murderous jihadists released video exactly one month ago this week showing off their training exercises in preparation for the assault. Where are the questions?

Two heroic U.S. Marines were killed in the battle. Their names—Lt. Col. Christopher Raible and Sgt. Bradley Atwell—have not been uttered publicly by the commander in chief. Their arrival back in the U.S., in flag-draped coffins, was not broadcast on network TV. But their brothers-in-arms did not and will not forget. And neither must we.

On September 20, John Gresham of the Defense Media Network wrote a scathing detailed breakdown of this little-noticed terrorist attack on our troops. He called it "arguably the worst day in USMC aviation history since the Tet Offensive of 1968." Eight irreplaceable aircraft were destroyed or put out of action by Taliban warriors dressed in U.S. combat fatigues—amounting to "approximately 7 percent of the total flying USMC Harrier fleet," Gresham reported.

His summary is bone chilling: "A Harrier squadron commander is dead, along with another Marine. Another nine personnel have been wounded, and the nearby Marines at Camp Freedom are now without effective fixed-wing air support. The USMC's response to this disaster will be a telling report card on its leadership and organizational agility."

On September 21, the left-leaning magazine The Atlantic published an article on the Camp Bastion attack titled "The U.S. Suffered Its Worst Airpower Loss Since Vietnam Last Week and No One Really Noticed." A few right-leaning blogs raised troubling questions about preparedness and security.

"How did this band of radicals even manage to approach a highly advanced multi-national military base without being detected, much less force their way inside en masse?" asked Kim Zigfeld of the American Thinker. "How were they able to attack so quickly and efficiently that, even though nearly every one of them was killed in the effort, they were able to harm the mighty leathernecks more than they had been in half a century?"

National Review's Jonathan Foreman wondered whether Pakistan was behind the attack. "It seems likely that the special forces of a professional army planned the raid, and trained, advised and led the raiders—that is if they did not actually take part in it. Those special forces would, of course, be those of Pakistan," Foreman posited. "This may sound shocking, but it would hardly be the first time that Pakistani special forces have operated in Afghanistan on behalf of Islamabad's allies and proxies."

President Obama has referred callously to the murders of our civilian diplomatic staff in Benghazi as "bumps in the road." Even more maddening, though, is the radio silence from the White House about what happened that day at Camp Bastion—and what, if anything, Obama's Pentagon did between the last major attack on Bastion in March and the bloody siege in September.

Somehow, a band of 15 insurgents managed to penetrate the wire with assault rifles, rocket-propelled grenades and other weapons on 9/14. Their destruction was of historic proportions. The attack came six months after U.S. Defense Secretary Leon Panetta was the target of a failed suicide attack attempt at Bastion. The (UK) Sun reported at the time that an Afghani was believed to have made the deliberate attempt on Panetta after "he broke through defenses and drove a vehicle towards his aircraft. He then went past the perimeter surrounded by armed security and large concrete block guards. Disaster was only averted when the truck caught fire and crashed into a ditch on the runway close to where Mr. Panetta's jet had landed or was set to land."

Team Obama mocks GOP presidential candidate Mitt Romney with snarky lines about bayonets and binders. The thin-skinned commander in chief exploits Seal Team Six to burnish his "leadership" cred. And the president's campaign surrogates have ceaselessly attacked their critics as "unpatriotic" for questioning this administration's commitment to national security.

But silence is complicity. The questions must be asked: Did politically correct rules of engagement hamper our troops' defenses? Who knew what and when? Who was behind the attackers? And what is being done to ensure our front-line defenders of freedom are able to defend themselves?