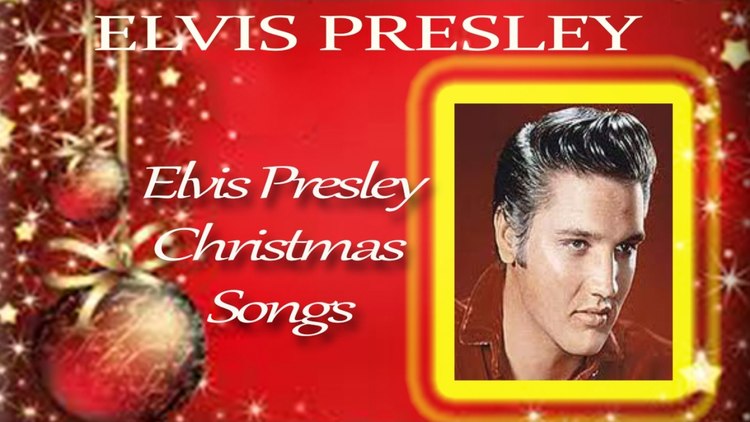 View From Lodi, CA Pittsburgh, PA: From Elvis (And Joe): "Thank You For Listening (Reading); I'd Like To Wish You A Merry Christmas And A Wonderful New Year"

On January 8, Elvis Presley would have turned 75.

Early next year in Memphis, a three-day Graceland celebration of what might have been will be hosted by his daughter Lisa Marie and his former wife Priscilla.

Tours will take fans to nearby Tupelo, Mississippi to visit the Elvis Presley Park, the site of his birthplace, a chapel, a museum and walk through the local hardware store where his mother Gladys bought his first guitar.

If I were anywhere to Memphis, I would absolutely buy a ticket.

But since I live hundreds of miles away, I'll satisfy myself by playing some of Elvis' great Christmas songs during the season to put me in the proper frame of mind leading up to January.

" with 24 tracks that include three alternate versions.

During the late 1950s when Elvis hit it big, Christmas releases from the biggest pop stars were expected. But not many rock and rollers ventured into Christmas music.

Although Elvis was the "King," many music critics considered it sacrilegious for a man who built his career as a bluesy, pelvis grinding teen idol to record holiday standards Bing Crosby made famous.

In 1971, RCA told Elvis it was tired of reissuing the same collection of worn out songs from his 1957 "Elvis' Christmas Album

Because performers schedules and Christmas do not always coincide, most holiday albums of the day had to be recorded months in advance—even in the heat of summer.

In Elvis' case, the session took place on a sunny southern California September day, a decidedly un-Christmas like atmosphere.

To help everyone get in the mood, Elvis's producer Steve Sholes decorated a Christmas tree in the studio and surrounded it with real gifts.

That day Elvis cut eight new Christmas songs including "Santa Bring My Baby Back to Me," as well as older sentimental favorites like "White Christmas," "O Little Town of Bethlehem," "O come All Ye Faithful," "Silver Bells" and "The First Noel"

As moving as Elvis' Christmas songs are, some have an unexpectedly somber tone to them when compared to his 1950s output.

There were good reasons, however.

By 1971, Elvis' days as freewheeling rocker were over. Elvis was 36, a father and knew his marriage would soon end.

Ironically, five days after Christmas that year, Priscilla took Lisa Marie and left Elvis for good. Elvis said only that she told him she no longer loved him. Within two months, Priscilla announced she had a new man in her life, karate champion Mike Stone.

"If Everyday Was Like Christmas" is the perfect gift for an Elvis fan whose collection doesn't include the King's Christmas recordings. This single CD will give you all 20 of them.

Or if you're into oldies rock and roll and want something more than chamber music for your car radio to put you in the Christmas mood, this Elvis album is the one for you.

On the last track, just before his rendition of "Silent Night," Elvis shares a Christmas message with his fans. "Thank you for listening. I'd like to wish you a Merry Christmas and a wonderful New Year." (Listen here.)

To my readers, I wish you the same. Thank you for reading all these years. Merry Christmas and a Happy New Year.