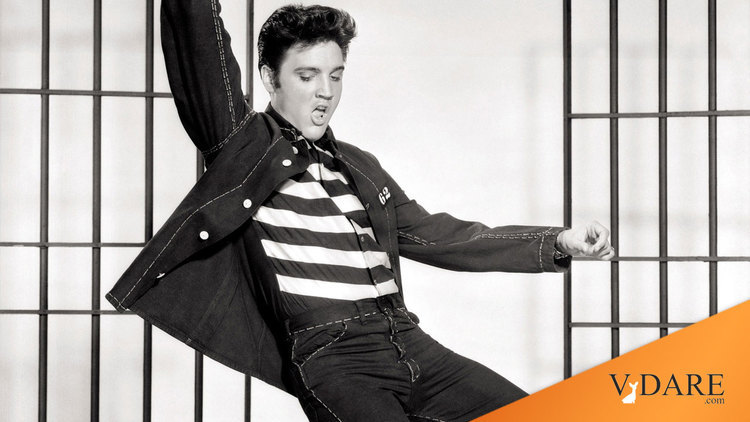 Ken Lay and Elvis, through a curious coincidence, are on my mind.

Just days before Lay died, I watched the DVD version of the best selling book about Enron written by Fortune reporters Bethany McLean and Peter Elkind, The Smartest Guys in the Room.

And shortly after Lay died, I saw—totally by chance while channel surfing—a one-hour special about Elvis titled, " 200 Cadillacs".

What is clear after seeing both films is that the corrosive atmosphere commonly found within corporate America can overwhelm a weak, greedy person like Lay.

Equally evident is that for all of Presley's human failings, he never abandoned his generous spirit.

Lay and Presley had much in common. Both were born in the south and lived in poverty during their youth.

And through hard work and ambition, Lay and Presley reached the top of their chosen careers.

But Lay was one of the central figures in its downfall. Enron operated without a moral compass.

Top Enron executives walked away with more than $1 billion while investors and employees were left with nothing.

Through video and audiotapes recorded by insiders, the film reveals the personal excesses of Enron leaders and their willingness to take down 20,000 employees and thousands of investors while they marched straight to the deposit window.

Lay's concept of right and wrong was so distorted at Enron's end that he defended his decision to spend $200,000 on a yacht for his wife Linda's 2001 birthday party. At the time, Lay's personal debt stood at $100 million, $70 million of it owed to Enron and eventually repaid with worthless company stock.

Later, Lay told the jury that it was "difficult to turn off that lifestyle like a spigot."

Presley also had a rags to riches story. When he was three, Presley's father went to jail on forgery charges. During that period, his mother Gladys lost their home and moved in with in-laws.

But Presley endured and pursued his dream to be a star. When he was eleven, he purchased a guitar from the Tupelo Hardware Store and took it to school every day.

From there, Elvis went on to Sun Records and a career that single-handedly redefined American music and culture in the 1950s.

But, as "200 Cadillacs" shows—the title comes from the number of Cadillacs Presley gave away in his life to friends and strangers—, Elvis had a different way of dealing with his wealth and good fortune than Lay did.

In 2002, Director Rex Fowler came up with his idea for "200 Cadillacs" to mark the 25th Anniversary of Presley's death.

Among those interviewed was Myrna Smith, one of the "Sweet Inspirations" singers that backed Elvis in live concerts.

Here's how Smith remembers getting her Cadillac. :

"I was at the house and he'd bought all these cars. I think 11, 12, 14 cars for the guys and all and himself. He asked me if I would go with him to the Cadillac dealer to pick out a car for his Dad because he's forgotten to buy his Dad a car. I said sure. So I go and we pick. I pick out this brown, I don't know what it was, but a nice brown big Cadillac. And, it's nighttime. The place is closed. We're in the lot. Takes his flashlight out and goes looking, asks me what my favorite color was first. And goes looking around until he found a blue El Dorado and said, 'There's your car.'"

The song from the title track, "200 Cadillacs" ends with these lines:

"200 Cadillacs – 'N lots of Lincolns too
A-mess 'a red Corvettes – Mercedes' powder blue
Even a black Rolls Royce – He gave 'em all away
And every time he did it – This is what he'd say:
'A-what's the fun of having money if you can't give it away …'

I'll wager that Lay didn't have very much fun cheating people to make his fortune. But as for Elvis, money didn't matter very much.

No one has a bad word about Elvis. The same cannot be said about Lay.