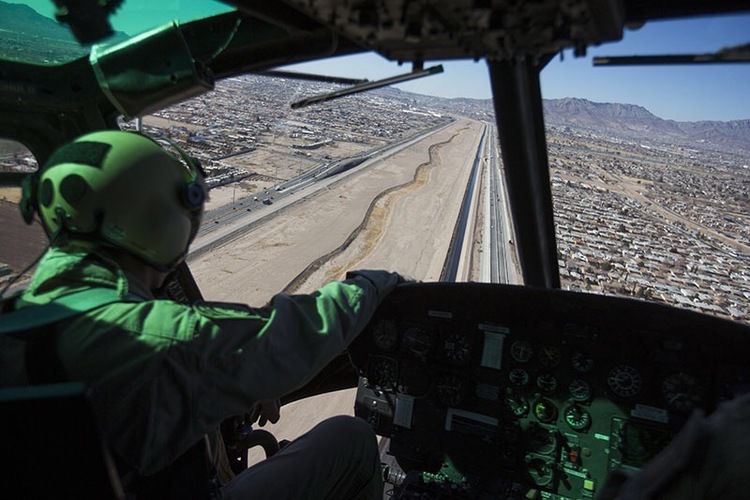 U.S. Corporations Sabotaging Immigration Law—But The Tweeter-In-Chief Could Stop Them

Bank of America announced last week that it would no longer lend money to companies that run immigration detention facilities. [Bank of America ends business with detention center operators, by Julia La Roche, Yahoo! Finance, June 27, 2019] Hundreds of online merchandiser Wayfair’s employees walked off the jobsite to protest its providing beds for those facilities. [Wayfair employees walk out, customers call for boycott in protest over bed sales to Texas border detention camp, Jasmine Wu, CNBC, June 26, 2019] And these are just the latest examples of corporate power being weaponized against immigration enforcement. Our elite culture wants illegal immigration decriminalized and the effectiveness of their Leftist stormtroopers has cowed corporate executives. Trump needs to cow them back—and, ideally for him, he could do it with a few well-chosen tweets.

Note that Bank of America had refused to drop its business with private prison contractors in April. But now the bank reportedly claims it changed its mind due to these companies failing to provide “legal and policy clarity” and that its move “is attempting to respond to public policy and government needs and demands in the absence of long standing and widely recognized reforms needed in criminal justice and immigration policies.”

In other words, it caved to the Left. This opinion contrasts with an April Bank of America statement that said the company would leave this issue to lawmakers.

Bank of America follows JP Morgan and Wells Fargo in its denial of service to private prison operators.

Wayfair sold $200,000 worth of bedding and supplies to a non-profit contractor for detention facilities. That move caused 500 of its workers to walk out and demand a cessation of sales to immigration enforcement. Left-wing activists demanded customers boycott Wayfair until it bends the knee. Massachusetts Sen. Elizabeth Warren showed her support for the walkout and boycott on Twitter.

I stand with the hundreds of @Wayfair employees who are planning to stage a walkout at their Boston headquarters tomorrow. The safety and well-being of immigrant children is always worth fighting for. https://t.co/L3hqbazX4l

Trying to appease the unrest, the company promised a $100,000 donation to the Red Cross’s border efforts. Of course, that did nothing to appease its angry employees who want to give no quarter for immigration enforcement. Wayfair has not yet backed down at last report—but it hasn’t fired its striking workers either. My guess: it’s likely the company will soon announce it will never sell to anyone associated with immigration enforcement again.

And these cases are far from the only instances of the Left weaponizing corporations against immigration enforcement.

Thus the Leftist-controlled state of California has proposed a bill that would deny state contracts to any company that works with Immigration and Customs Enforcement (ICE). [Companies That Work With ICE Could Lose CA Contracts, by Massoud Hayoun, Pacific Standard, March 1, 2019]. The state has also threatened to fine any business that hands over information to ICE. [California attorney general threatens $10,000 fine for businesses that share employee information with immigration agents, by Patrick McGreevy, Los Angeles Times, January 18, 2018]

Indeed, Motel 6 has already to pay $12 million for giving guest information to ICE in a lawsuit brought by the Washington State’s attorney general. [Motel 6 To Pay $12 Million After Improperly Giving Guest Lists To ICE, by Francesca Paris, NPR, April 5, 2019] The message to hotels: don’t cooperate with ICE. (Where was the Trump Administration in this Treason Lobby litigation? I’m checking—watch this space!)

Several other corporations tried to derail President Trump’s travel ban. AirBnb offered free housing to migrants affected by it. [Airbnb offers free housing to people stranded by immigration order, by Kate Conger, TechCrunch, January 29, 2017] Uber and Lyft each pledged to give millions of dollars to the American Civil Liberties Union to fight against migration order. Facebook, Amazon, Apple, Google and other companies denounced the ban and promised to help fight it in court. Over 175 tech companies signed an amicus brief against it. [The Tech Industry Is Fighting Trump—and Mostly Losing, by Robinson Meyer, The Atlantic, June 27, 2018]

Similarly, nearly 400 corporate executives signed a letter opposing Trump’s decision to overturn the Obama Administration’s Deferred Action for Childhood Arrivals a.k.a. Executive Amnesty for a poll-tested subset of illegals [This is the letter nearly 400 US executives signed asking Trump to save immigration protection, by Michael Sheetz, CNBC, September 1, 2017]

Corporate executives generally just want to make money. But they are also complete cowards. They act politically only because of pressure from Leftist activists, employees, and state authorities [Tech Opposition to Trump Propelled by Employees, Not Executives, by David Streitfeld, New York Times, February 6, 2017]

And the American Left has shifted dramatically on immigration. It’s no longer sufficient for Democrats to want Amnesty for illegal aliens or even more legal immigrants. Leftists openly assert they want Open Borders—most Democratic presidential candidates recently said they want illegal immigration decriminalized. A sizable number of Democratic lawmakers back up that opinion with their actions in Congress. Any funding for border security is equated with fascism.

There’s also the peculiar elite culture drive that those involved with immigration enforcement should be severely punished by society. Eerily, both the Washington Post and The New York Times recently ran op-eds that made this point.

WaPo published Stephanie Wilkinson [Email her], the owner of the restaurant that refused service to Sarah Huckabee Sanders last year, making the case that restaurants should deny service to “hatemonger[s].” “If you’re directly complicit in spreading hate or perpetuating suffering, maybe you should consider dining at home,” Wilkinson wrote. She claimed that this is not a question of politics, “[i]t’s about values, and accountability to values, in business” [When it comes to high-profile collisions in restaurants, new rules apply, by Stephanie Wilkinson, The Washington Post, June 28, 2019]

Kate Cronin-Furman [Tweet her |Email her], an “assistant professor of human rights” at the University College London, wrote for the New York Times that ICE and Border Patrol employees must be doxxed and harassed to stop immigration enforcement: “Writing to representatives won’t be enough. Each individual in the system—including the foot soldiers—has to feel responsible”

The identities of the individual Customs and Border Protection agents who are physically separating children from their families and staffing the detention centers are not undiscoverable. Immigration lawyers have agent names; journalists reporting at the border have names, photos and even videos. These agents’ actions should be publicized, particularly in their home communities.

[Everyone Involved in Harming Migrant Kids Should Be Living in Shame, June 29, 2019]

Cronin-Furman ludicrously proclaims that this call for doxing is not doxing. She says this harassment will be effective because “this kind of social shame may be enough to persuade some agents to quit and may hinder the recruitment of replacements.”

So this is our zeitgeist. This is why pressure is exerted on corporations to curtail immigration laws.

What can patriots do about it? They do not have the moral and cultural capital that the Left does. Corporations ignore conservative-led boycotts and apparently feel no need to acknowledge right-wing or traditionalist audiences. Compare the tsunami of corporate propaganda for Gay Pride Month to that of any patriotic or Christian holiday.

So staging these kind of protests and demonstrations for border security would likely not work—at least in the short run.

However, right now there is one power American patriots have that the Left doesn’t: the President of the United States. Trump should make it his mission to name and shame these corporations and their key executives—by name.

Bank of America (CEO Brian T. Moynihan) received a $20 billion bailout from the government. [Bank of America gets big government bailout, by Patrick Rucker and Jonathan Stempel, Reuters, January 16, 2009] Trump should remind the bank, and Moynihan, that it owes America.

The president’s tweets have already worked to hurt several companies’ stocks and sales. [Here’s what happens to shares of companies that Trump attacks, by Tae Kim, CNBC, April 5, 2018] If he called upon his supporters to boycott Bank of America and support Wayfair, executives would tremble.

Republicans in Congress could then join in the attack and demand hearings on these companies’ Leftist affiliations.

Of course, there’s the whole panoply of regulatory and jawboning pressure that, for example, Lyndon B. Johnson would have employed.

For now, however, the Tweeter-In-Chief can act immediately to defend immigration enforcement.

Washington Watcher II [Email him] is another anonymous source Inside The Beltway.