Donald Trump shouldn't just be promising to build a Mexican border wall. He (and any other sovereignty-minded presidential candidate) should be vowing to rebuild the decimated "wall" of first-line watchdogs, field enforcement and patrol officers on our northern border.

The urgency could not be greater. 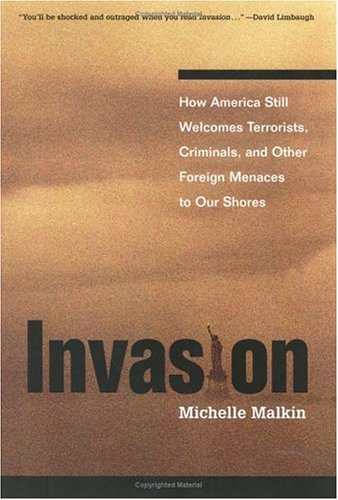 The Canadian Liberal government has fast-tracked tens of thousands of Syrian Muslims into its country over the past five months and now plans to double its interim 25,000 goal by 2019. The bleeding-heart Canucks are forging ahead despite reports this week of the country's failed $16 million screening program to stop Islamic terrorists from slipping through the cracks.

Multiple databases are not interoperable. Information is outdated or useless. Canadian agents are delivering incomplete background checks too late to matter, anyway. Result: Garbage in, garbage out, and untold numbers of unvetted refugees from jihad hotbeds on the loose at our doorstep. (As if the 1,500 Syrian refugees a month that the U.S. State Department is directly importing here through November aren't enough of a security headache!)

Instead of moving to fortify our northern border, Washington is diverting our boots on the ground and downsizing our fleet of surveillance pilots in the skies. Turnover is high, morale is low, and the jihadists' path to illegal entry has never been smoother.

In Plattsburgh, New York, 45 miles from Syrian refugee dumping ground Montreal, the Customs and Border Patrol's air branch has been slashed from 25 pilots down to a shocking six in the last three years. Shifts have been reduced to bankers' hours, while terror plotters and smugglers never rest. Members of Congress have been alerted to the perilous impact of downsizing, but have done nothing (except, that is, to fully fund the White House refugee resettlement racket).

In Montana, Reuters reported earlier this year, our federal enforcement force is still so understaffed that the Border Patrol depends on 100 private citizen ranchers along the northern border to police the U.S.-Canada boundaries.

Little has changed since Border Patrol agents in Washington state first told me 15 years ago of vast, abandoned sectors protected by nothing but orange rubber cones even in the wake of the 9/11 attacks.

Little has changed since the 9/11 Commission spotlighted multiple al-Qaida operatives involved in cross-border traffic and incursions (both legal and illegal) from Canada.

Little has changed since the U.S. Government Accountability Office reported in 2011 that a measly 32 miles out of the 4,000-mile border was deemed secure by Border Patrol agents heavily dependent on non-DHS personnel for support.

A U.S. source who works for the Department of Homeland Security on the northern border told me last week that there remain vast "no-go zones" in his upstate New York sector that stretch for miles unpoliced such as the smuggler-friendly Akwesasne reservation, where Mohawks are notoriously hostile to our Border Patrol, Air and Marine operations, and field operations agents.

"There's a gigantic hole on our northern border," my source described, where "people from countries of interest are crossing" into America. "Special interest countries," as the U.S. Army War College Guide to National Security defines it, are those "designated by the intelligence community as countries that could export individuals that could bring harm to our country in the way of terrorism."

"Yes, I've personally seen them. Every day. We call them 'gotaways,'" my source sighed. These newest border-jumpers are detected (by high-tech cameras and motion sensors), but neglected because the core national security mission is not a priority and no one's around to act on the alerts.

On the southern border, "gotaways" spiked 100 percent between 2011 and 2013. This year, as illegal trespassers from dangerous special interest countries have increased through Mexico, a Border Patrol whistleblower told Congress two months ago that his supervisors ordered agents to fudge data on "gotaways" by omitting them from data reports.

Think the same whitewashing is going on up north? You betcha.

As the disgusted northern border CBP official told me: "The attitude is no paperwork, no problems." No problems, of course, until that one ISIS operative toting a dirty bomb in his bag rolls right across the wide open U.S.-Canadian border detected, but neglected and our government's malign neglect blows up in our faces.