The Treason Bar is worried, as the Supreme Court seems sharply divided on whether to overturn the Fifth Circuit’s Court of Appeals decision that halted President Obama’s unilateral amnesty [Obama Immigration Plan Seems to Divide Supreme Court, by Adam Liptak and Michael Shear, New York Times, April 18, 2016]. As it stands, law enforcement officials could also step forward and file a suit to challenge Obama’s actions and attack the unilateral amnesty from another direction.  But not to be deterred, one of the lawyers who anticipated the Administrative Amnesty at an immigration law blog before it happened is now calling for other unilateral actions—designed to allow even more foreigners to take what few American jobs remain. 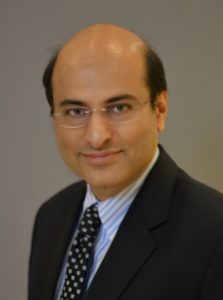 Although the Fifth Circuit in Texas v. USA ruled against the Administration on November 9, 2015 by upholding the preliminary injunction against implementation of President Obama’s program to grant deferred action to certain groups of undocumented persons, the ruling may impact other executive actions that President Obama had announced on November 20, 2014, especially relating to skilled immigrants. It is thus important for the the [sic] Supreme Court to reverse this erroneous decision to not only allow the Administration to implement Deferred Action for Parental Accountability program  and the expanded Deferred Action for Childhood Arrival program (collectively referred to as DAPA in the decision), but to also allow the Administration to grant other kinds of administrative relief such as interim employment authorization to immigrants who face great hardship and are deprived of the benefits accorded to them under the Immigration and Nationality Act.

Note Mehta’s claim that Obama’s unilateral amnesty (called DACA and DAPA for short) merely return benefits to “immigrants…deprived of benefits accorded to them…”  But this isn’t true. Aliens illegally present in the United States are accorded no benefits except as provided by Congress through legislation.

And Mehta (e-mail him) doesn’t just want to grant invaders benefits they are not entitled to—he wants to expand the already disastrous programs hurting American workers. He went on:

The majority of the Supreme Court justices ought to… reverse the preliminary injunction on the ground that the President’s executive actions regarding DAPA are non-justiciable, and thus leave alone INA 274A(h)(3). The Administration ought to be provided flexibility to provide ameliorative relief, especially EAD under INA 274A(h)(3) to a number of non-citizens needing relief. The prime example are those who have to wait for decades in the India EB-2 and EB-3 backlogs for their green card, even though they have otherwise fulfilled all the conditions. Due to the lack of a current priority date, beneficiaries who are otherwise approved for permanent residence ought to be able to obtain EADs, and the same also should apply to H-4 spouses of H-1B visa holders who are caught in the employment based backlogs. [Emphasis added].

It goes further. ILW.com, the website that published Mehta also published the U.S. Citizenship and Immigration Services’ draft Standard Operating Procedures For Handling Requests For Deferred Action. As even USCIS’s website admits, the entire program is at the “President’s discretion” and doesn’t have a basis in statue.

What did these “Procedures” tell us? The draft reads:

A request for deferred action must be made in writing and may be presented by mail or in person during an INFOPASS appointment at a USCIS field office. To support a deferred action request, the applicant must submit:

But since no group of aliens was identified as eligible, clearly all illegals are eligible.  Unlike DACA and DAPA, where there is some strained rationalization for specific groups of illegal aliens, e.g. minor illegal aliens and parents of U.S. citizens and legal permanent residents, this expanded Executive Amnesty is clearly designed to apply to all illegal aliens.

Some employees of Homeland Security clearly realized this and criticized this draft internally. A memo sent to the Western Regional Director noted:

The Deferred Action SOP leaves a great many questions unanswered. For example: The likelihood of mass filings for Deferred Action – without minimum standards and a clear understanding of Field Office discretion, many offices will receive hundreds or even thousands of requests. For example, most Field Offices now receive requests to issue NTAs to get applicants into removal proceedings in order to apply for Cancellation of Removal.  These requests are denied because no application is pending with USCIS and the case rightfully belongs to ICE. ICE refuses to issue NTAs for these cases. These will be among the first of the requests for Deferred Action we will receive. Unless this is what is wanted, specific guidance is needed.

Presumably this guidance was never given.

And that’s not all. Mehta also celebrated how the Obama Administration is expanding yet another unilateral amnesty, this one for technology workers. Senator Chuck Grassley protested this, but to no avail. Mehta jeered:

Senator Grassley’s latest angry missive to the DHS protests the proposed increase of F-1 student Optional Practical Training (OPT), which was part of President Obama’s  executive actions of November 20, 2014.  While the Senator’s rant against any beneficial immigration proposal is nothing unusual, it reveals for the first time DHS plans to unveil an OPT extension regulation relating to its promise to retain skilled foreign talent. It is also refreshing that the Obama Administration is endeavoring to implement a key executive action, especially after a  noted immigration blogger justifiably began to wonder whether the Obama Administration was fulfilling its promise or not.

According to Senator Grassley’s letter dated June 8, 2015, the DHS is moving forward with new regulations on OPT

– allowing foreign students with degrees in STEM fields to receive up to two 24-month extensions beyond the original 12-month period provided under OPT regulations, for a total of up to six years of post-graduation employment in student status; and

– authorizing foreign graduates of non-STEM U.S. degree programs to receive the 24-month extension of the OPT period, even if the STEM degree upon which the extension is based is an earlier degree and not for the program from which the student is currently graduating (e.g. student has a bachelor’s in chemistry and is graduating from an M.B.A. program).

What this means is F-1 visa holders will be getting up to six years of employment in the United States, without authorization by law, solely on the whim of Barack Obama.

Many of these students and H-1B visa holders, are, of course, from India.

Some tech employers seem to have decided white male engineers from the squaresvilles of the American Mid-West of the type who took America to the moon can no longer be employed:

Stereotypes go both ways, apparently. Vineet Nayar, the highly respected CEO of India-based IT services provider HCL Technologies, recently told a New York City audience of about 50 customers and partners that most American tech grads are "unemployable." Why's that? Americans looking to enter the tech field are preoccupied with conceiving the next big thing and getting rich, Nayar maintains. They're far less willing than students from developing economies like India, China, and Brazil to master the "boring" details of tech process and methodology—ITIL, Six Sigma, and the like. As a result, the HCL chief says, most Americans are just too expensive to train, despite the Indian IT industry's reputation for running the most exhaustive training programs in the world.

[Down To Business: When National IT Pride Devolves Into Stereotypes, by Rob Preston, Information Week, June 18, 2009]

So Americans will be replaced. Mehta and the Treason Bar are showing us the nuts and bolts of how, as they did with the first Executive Amnesty.

The only question now is how the GOP Congress, and the leader of the Republican Party, Donald Trump, will respond.