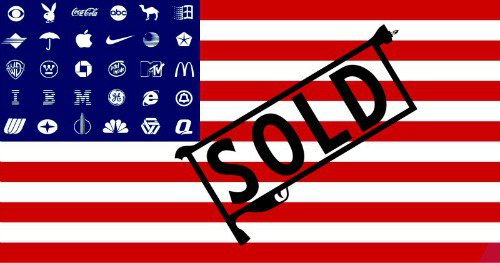 While the Main Stream Media celebrates the “progressive” triumph of gay marriage and the war on the Confederate flag, the Obama Administration is quietly putting together a breathtakingly regressive corporate giveaway as part of the new international Trade in Services Agreement [TiSA]. TiSA, currently being negotiated alongside the infamous Trans Pacific Partnership, represents nothing less than a new way for the economic elite to replace American workers. But that’s not a huge departure, merely an international ratification of the Obama Regime’s continuing Administrative Amnesty.

Specifically, TiSA changes (and essentially eliminates) the restrictions that prevent companies from importing foreign workers to replace Americans through certain visa programs. To quote our frenemies at the Economic Policy Institute:

Section 3 gets more specific about the sectors of the economy where member states will have to allow access to intra-corporate transferees, business visitors, contractual service suppliers, and independent professionals…

To translate, that means that foreign firms would not be required to advertise jobs to U.S. workers, or to hire U.S. workers if they were equally or better qualified for job openings in their own country. (It should be noted that the L-1 is already restricted in this way, as a result of the United States’ commitments under the General Agreement on Trade and Tariffs (GATS).)

These visa programs are already under-regulated and abused by employers, but since neither the L-1 nor the B-1 visa program is numerically limited by law, this means that potentially hundreds of thousands of workers could enter the United States every year to work in these 38 sectors.

It’s important to note these changes do not mention the H1-B and other H visa classifications, which are already being abused. What the EPI authors were referring to are “non-immigrant visas” (NIV).

NIV holders are supposed to stay for a limited amount of time and return to what is called an unrelinquished residence abroad. Put simply, the alien lives outside the United States and intends to return home after whatever temporary business in the United States is finished. And needless to say, there’s a time limit.

There is already a bewildering alphabet soup of NIV categories covering all sorts of activities. But TISA will primarily affect the visa categories B-1, H, L, and other miscellaneous employment NIVs. And what TISA will do is open up those visas to essentially unlimited use by aliens.

The strictures on NIVs were once closely enforced, especially by the Bush Administration following the 9/11 attacks. Entrants on the B-1 visa for example, which is usually used for business, were limited to one month in the United States.

However, matters were complicated by the Visa Waiver Program (VWP), implemented by Congress in the 1980s with the aim of encouraging tourism and short-term business visits. The VWP allowed aliens from specified countries to enter the United States for business or pleasure for a three months statuary admission period, and most of these “specified” countries were advanced Western nations.

Companies from Japan, one of the VWP nations, soon developed a reputation for skirting program’s requirements and using it as a substitute for the more highly regulated L-1 visa and H-1B visas specified for employers.

In the mid-1990s, the then Immigration and Naturalization Service (INS) began intercepting Japanese business visitors at the Portland International Airport who were doing just that—no surprise, considering the highly ethnocentric Japanese business culture and the country’s reluctance to hire American workers. [See INS makes bad press for Oregon in Japan, By Richard Read, The Oregonian , April 27, 2000, and South Korean recalls ordeal in the hands of Portland INS, By Richard Read,Oregonian, April 25, 2000]

The problem was solved by not dealing with the problem.

Once the Obama Regime was in power, that Portland precedent was expanded. Enforcement of immigration laws with regard to the VWP or the B-1 business visa requirements were essentially ended. As part of this, the Administration instructed the officials who managed Ports-of-Entry where aliens are inspected and admitted to change the regulations on the period of admission for B-1 visa holders from one month to six months.

Infosys, when caught, was forced to pay a large settlement for its policy of replacing American tech workers with Indians. However, as part of that settlement, the federal government agreed

[Beware: When Sending Employees To The US: Business Visitors Under Scrutiny, by David Grunblatt and Valarie H. McPherson, Mondaq, January 8, 2014].

Boeing was essentially replacing its American engineers with Russians. When caught, it lobbied for the policy to be changed.

Now, it appears that lobbying is paying off. Just as Disney is driving out its American workers, companies like Boeing, Infosys, and others will now have a far easier path under TISA to bring in foreign workers. The displacement of the American worker will only accelerate.

But while TISA is a catastrophe, it’s nothing especially new. It’s simply a confirmation of what already exists.

The only way to stop the nonsense is to have an immigration moratorium. It would be nice to get some British and Dutch immigrants again, but it’s not worth the risk of keeping our immigration bureaucracy in business.