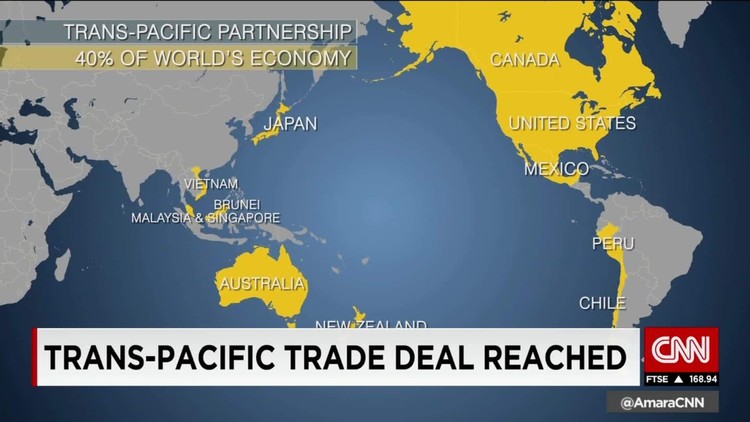 Yes, he did. And the White House confirmed it, as you can see from these NewsMax links:

Then there this, from Politico, quoting Senator Jeff Sessions, and illustrated with the picture above:

Opponents of giving the Obama administration broad authority to negotiate a trans-Pacific trade deal, including Republican senator Jeff Sessions of Alabama, are pushing a new argument: It could trigger a flood of immigrants into the country.

Sessions’ argument – essentially, that the administration could use the authority to expand immigration – was dismissed as an “urban legend” by House Ways and Means Committee Chairman Paul Ryan, whose panel oversees trade.

Trade pact foes: Deal could cause flood of immigrantsGOP leaders and White House officials are working to douse the latest threat to the Trans-Pacific Partnership.

So what's the substance of this urban legend? From FAIR's immigrationReform.com website

On June 3, WikiLeaks released parts of the TISA (Trade in Services Agreement), which is related to the TPP (Trans-Pacific Partnership) agreement. However, it is still a separate agreement and would be ratified separately. One of the TISA annexes/sub-sections they posted covers “Movement of Natural Persons”, linked here: https://wikileaks.org/tisa/

The focus of the Movement of Natural Persons annex appears to be business visitors and intra-company transfers. Most of the proposed agreement deals with standards for visa applications (30-day deadlines for processing, fee schedules, etc.).

There are red flags throughout the document including: