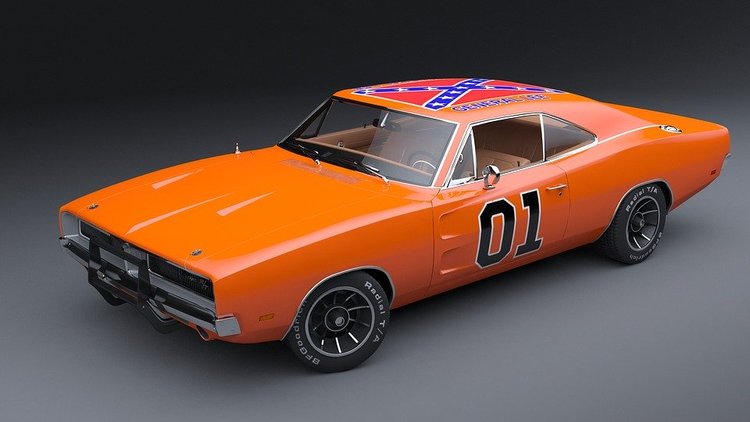 Thought For The Daytona 500: Will Diversity Kill NASCAR? 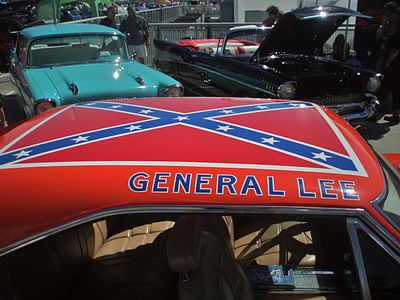 The 54th Daytona 500, the granddaddy of all NASCAR races, kicks off the 2012 calendar season on Sunday, February 26. During the last thirty years, NASCAR’s devoted fan base helped propel it to become the unquestioned king of American motor sports. Less than a decade ago, NASCAR seemed poised to challenge the National Football League (NFL) for sports-entertainment dominance.

But recently the sport has been waning in popularity. TV ratings are down for a second consecutive season. [Action on Track isn’t Helping NASCAR in Popularity or Rating, By Nate Ryan, USA Today, July 20, 2010]

The apex of the sport seems to have been in 2006 when the movie Talladega Nights was released. NASCAR signed an eight-year, $4.5 billion contract around this time and Forbes declared it was the “fastest growing sport in America.” Since that moment, ratings and attendance have collapsed, with only the white female Indy-racing crossover star Danica Patrick able to pop ratings.

NASCAR’s popularity stall has been attributed to the recession and to the oversaturation of the market. Jim Peltz of the Los Angeles Times has argued that imposing the safety-oriented a.k.a. boring “Car of Tomorrow” [COT] was “part of ‘a disconnect’ that opened between NASCAR and its fan base, (NASCAR grapples with a downshift in popularity, By Jim Peltz, Los Angeles Times, March 21, 2011)

But few dare point out a key “disconnect” between NASCAR and its fan base: the organization’s new-found fashionable obsession with “diversity”.

Steve Sailer pointed out in 2005 why NASCAR was growing in popularity with two powerful paragraphs that apparently were lost on the France family, who have headed NASCAR since 1972:

Finally, some readers pointed out that the answer was staring me in the face: because white American guys always win. Heck, the drivers are almost all British-Americans with a sprinkling of German-Americans like the Earnhardts. In short, NASCAR is an ethnic pride festival for the one group of people who aren't supposed to hold ethnic pride festivals. [The White Guy Gap, March 13, 2005]

NASCAR is what social psychologist Kevin MacDonald has called an “implicit community”—a place where similar people gather for unconscious, but for nevertheless evidently powerful, reasons.

As much as any sport in America, NASCAR has roots tied to a specific culture: white Southerners. Going to a NASCAR event, regardless of the city, was like joining a non-stop rock ‘n’ roll party, complete with Confederate flags, beer, fun, and the potential of seeing cars crash going in speeds of excess of 200 miles-per-hour.

But since taking over as NASCAR CEO in the early 2000s, Brian France has apparently decided that diversity is a much more important goal than keeping the long-time fans of the sport happy.

Of course, he couches this in commercial terms: "If we don't get diversity right, this sport will not achieve what it needs to achieve from a popularity standpoint," [NASCAR Seeks Diversity But Finds the Goings Slow, By Seth Livingstone, USA Today, April 27, 2007]

And of course it’s not working in commercial terms. NASCAR’s push for diversity went in overdrive right around the time its popularity peaked. [NASCAR’s diversity push is widespread, By Nate Ryan, USA TODAY, October 4, 2006]

In 2004, France instituted the Drive for Diversity program, which had the stated goal of increasing minority and women in NASCAR (whether it be in ownership, a driver, or a crew member).

On the official site of NASCAR, the necessary qualifications for those interested in being accepted into the Drive for Diversity program is listed:

Who is the program for?

Drivers applying to the Drive for Diversity Driver Development program must meet the following eligibility requirements: • Between the ages of 16 and 25 (as of October 15, 2010) • A U.S. citizen or permanent resident alien • A member of one of the following ethnic minorities classifications: -        African-Americans: Having origins in any of the black racial groups of Africa -        Asian-Indian Americans: Having origins in India, Pakistan and Bangladesh -        Asian-Pacific Americans: Origins are from Japan, China, Taiwan, Korea, Vietnam, Laos, Cambodia, the Philippines, Samoa, Guam, the U.S. Trust Territories of the Pacific or the Northern Marianas -        Hispanics: Having Hispanic heritage from any of the Spanish-speaking areas of Latin America or the following regions: Mexico, Central America, South America and the Caribbean basin. -        Native Americans: Persons who are American Indian, Eskimo, Aleut or Native Hawaiian, and regarded as such by the community of which the person claims to be a part. Native Americans must be documented members of a North American tribe, band or otherwise organized group of native people who are indigenous to the United States. -        All females of U.S citizenship (or permanent resident alien)

White males, in other words, need not apply.

The success of this drive hasn’t been earth-shattering. The current roster of NASCAR drivers continues to be lily-white and overwhelmingly male. But we know from experience that diversiticrats are not disturbed by a little thing like reality.[NASCAR's 'racist culture' under fire |Undeterred by claims of racism in NASCAR, black students seek to institute cultural changes, By Dustin Long, The Roanoke Times, June 14, 2008]

In 2008, a $225 million lawsuit against NASCAR by disgruntled black employee Mauricia Grant was settled out of court. Liberal sports writers and pundits jumped on the lily-white sport, shocked that in our progressive times the Confederate Flag would still fly proudly at NASCAR events.

With a little help from its MainStream Media friends, the NAACP began to demand that the Confederate Battle Flag be banned from NASCAR events. For example:

The good ol' boys at NASCAR who still wave the Rebel flag are soon going to have to deal with the NAACP, which is fighting to end the display of the Confederate symbol from racing events in South Florida. NAACP officials said they're reaching out to racing officials to get the ensign banned from the Homestead-Miami Motor Speedway, where many NASCAR events take place. “We intend to notify NASCAR about the troubling racial discord we have here in Homestead, and we would like their support,” said Rosemary Fuller, a longtime member of the Miami-Dade NAACP. (NAACP wants NASCAR to wave good-bye to the Confederate flag |Officials want Rebel flag banned from Homestead events, NBC Miami, May 21, 2009)

Entering the 2012 season, it has materialized that NASCAR has actually banned the famous car “General Lee” of Dukes of Hazzard fame from being allowed to do a few laps at a race in Phoenix because of its display of the Battle Flag:

When the Dukes of Hazzard was on TV from 1979-85 virtually every episode featured a chase scene of some sort with the show's trademark car, the General Lee. But now NASCAR has ruled the famous Dodge Charger shouldn't be seen at any of its races. Pro golfer Bubba Watson purchased the original General Lee at auction recently, and had been scheduled to drive it on the parade lap before the March 4 Sprint Cup Series race at Phoenix International Raceway. But NASCAR has rescinded the invite, because of the car's roof has a replica of the Confederate flag, which some fans might consider offensive. "The image of the Confederate flag is not something that should play an official role in our sport as we continue to reach out to new fans and make NASCAR more inclusive," NASCAR spokesman David Higdon said in a statement today. But as anyone who has ever attended a NASCAR event knows, Confederate flags can be seen on many cars and elsewhere in the virtual cities of RVs and campers that surround NASCAR tracks.[Is NASCAR Right to Ban the General Lee or Overreacting, By Tom Weir, USA TODAY, February 17, 2012]:

The intensifying jihad against the Confederate flag is one of the curiosities of America’s current Political Correctness frenzy. Although the flag was considered inoffensive when the TV show was aired in the 1970s, the 2004 Dukes of Hazzard film had Hollywood executives nervous. [Flag Wavering: Adapting 'Dukes of Hazzard' Proves Tricky for New Film; Car as Old South Symbol?, By John Lippman, Wall Street Journal, December 24, 2004].

(The filmmakers threw in a scene where the Duke Boys are caught in a traffic jam in Atlanta and insulted by Atlantan’s for their flag symbol, and another in which they get coal dust all over them, and almost get beaten up for Being In Blackface While Confederate.)

But that was Hollywood. This is NASCAR. Now the Battle Flag has been banned by a sport whose financial fortune was built upon white Southerners—and without whom there is no reason to suppose it will thrive.

As a symbol of opposition to the soft totalitarianism that is political correctness and the official federal and state policy of coerced diversity, the Confederate flag represents something tangible in 2012—above all to white Southerners. That’s why even the sight of it on the top of the “General Lee” at a NASCAR event must be banned, even if it insults NASCAR’s most devoted fans.

But if you sever the roots of anything, it will die. Even NASCAR.