The Marco Rubio Of Massachusetts: Will The GOP Establishment And Its Token Hispanic Gabriel Gomez Blow This Election Too? 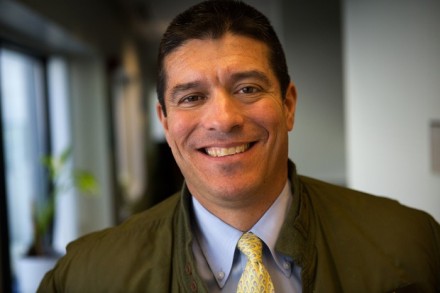 For generations, Massachusetts was ruled by a demographic that could proudly trace its heritage back to colonial times. Indeed, it was once a considerable challenge to get elected to higher office in Massachusetts if you were not considered a “Proper Bostonian.”

Perhaps the best example of a Proper Bostonian legislator: Senator Henry Cabot Lodge (1850-1924). A staunch defender of American sovereignty, Lodge is best known for being the lead opponent of U.S. membership in the League of Nations. But people forget that Lodge was also a vocal critic of immigration policy, even when it was still exclusively European.

Senator Lodge believed that immigration policy should be tailored to benefit the historical American nation, not just the immigrants themselves. In those days, that was an opinion no one was afraid to express.

Incidentally, Lodge also strongly supported greater rights for blacks—but in those days goodwill toward minorities did not require subordinating oneself to them.

The Proper Bostonian’s views on immigration and race mirrored the late Samuel Huntington’s distinction between settlers and immigrants. We are not a “nation of immigrants”; rather, we are a nation of “settlers” (the Anglo-Protestants who founded the country) and “immigrants.” And those who immigrate into this established Anglo-Protestant society are obligated to assimilate into it. (I say this as a New England Catholic of substantially Irish descent.)

But things began to change around the turn of the century, when Boston’s James Michael Curley (1874-1958), the American-born son of Irish immigrants, began stoking resentment against America’s founding demographic. But Curley didn’t just incite resentment among the Irish—he also successfully instilled guilt in the Yankee Protestants. And that’s where the real damage was done.

Seemingly overnight, being a Proper Bostonian became a moral weakness while membership in the “oppressed” immigrant class became a moral strength—a bandwagon the plutocratic Kennedys rode all the way to White House.

Future historians will certainly be dumbfounded over the fact that America’s founding demographic eventually opened the immigration floodgates and gave away the keys to the store simply because they did not want to be accused of bigotry. Today, white Protestant males are now largely excluded from all the venerable institutions they founded, from the Ivy League to the U.S. Supreme Court.

A career “D” from NumbersUSA, John Kerry spent 27 years in the Senate bending over backwards to prove his anti-racist credentials. Thankfully, Kerry resigned from the Senate in February to become Secretary of State where he can do far less damage.

Three Republicans quickly threw their hat in the ring to replace him.

However, only one Proper Bostonian ran in the recently held GOP primary: Daniel Winslow—a descendent of Edward Winslow, arguably the most impressive passenger aboard the Mayflower, who forged a close relationship with Chief Massasoit of the Wampanoag Indians and was pivotal in the founding of Plymouth Colony, eventually becoming governor.

Daniel Winslow is smart and accomplished. But, in his lack of ethnic self-confidence, he better resembles John Kerry than Henry Cabot Lodge. Like most old-line WASPS, Winslow apparently regards his Yankee Establishment status as a private strength but a public weakness. He even decided to campaign as “Dan” Winslow in order to make himself sound more common. His biggest splash in the news came after he publicly apologized for hosting an event at a yacht club because it smacked of elitism. [Dan Winslow ties himself in knots – or was it a sailor’s hitch? – over yacht clubs, Blue Mass Group, March 2, 2013]

Winslow supports abortion, gay marriage and amnesty for illegal aliens. And he won only 13% of the primary vote.

Not that it mattered. The Massachusetts GOP Establishment had already selected their man: Gabriel Gomez. Gomez won the endorsements of former Governor William Weld, former Lt. Governor Kerry Healey and a host of other GOP leaders—and for only one reason: Gomez is Hispanic.

He’s a fresh face, he’s the new type of Republican, he’s Latino, he’s young, he’s camera friendly. When you look at everything he embodies—being able to go to his son’s Little League games—he’s who my demographic would want to see in office.[ Gomez run for Senate won’t help build GOP, By Michael Graham, Boston Herald, May 3, 2013]

Yup, he’s the new type of Republican all right. But he doesn’t exactly have anything in common with “my demographic.”

Forty-seven year old Gabriel Gomez was born in Los Angeles, CA to Colombian immigrants, and grew up in Washington State. Despite being raised in an upper-middle class home (his father is a Stanford MBA), Gomez didn’t learn English until he attended kindergarten.

Gomez later graduated from Annapolis, became a Navy SEAL, and then entered the financial sector. [5 Things You Need to Know About Gabriel Gomez, By Michael Catalini,  National Journal,May 1, 2013]

Similar to the way that liberals used to swoon over John McCain—not because they actually admired him but because they knew he would be easier to defeat in a general election—Democrats began putting out the “We sure hope Gomez doesn’t get the nomination” line months ago.

This was very smart of the Democrats because Gabriel Gomez is certainly one of them. Gomez even has an Obama-like campaign slogan: “Make Change Happen.”  He also donated to Barack Obama’s 2008 presidential campaign and even wrote a letter to Governor Deval Patrick asking to be appointed interim senator in the wake of John Kerry’s resignation.

Here is an excerpt of the letter:

Two main issues that will dominate the political discussion during this appointment will be Immigration Reform and Gun Control. Given my Latino and Navy SEAL background, I have credibility to contribute thoughtfully on these issues. I support the positions that President Obama has taken on these issues and you can be assured I will keep my word and work on these issues as I have promised. [Full Text of letter]

Really, what more do you need to know?

And after Gomez won the primary, he thanked his supporters in Spanish first and English second. [YouTube]

Gomez has hired consultants from both the McCain and Romney presidential campaigns, including Eric Fehrnstrom, the architect of Mitt Romney's infamous “Etch A Sketch” strategy, who continues to design ads featuring Gomez campaigning in both Spanish and English.

Predictably, voter enthusiasm is at an all-time low. Gabriel Gomez outspent his primary opponents 4 to 1 to win 51% of the vote in a weak field. But Ed Markey still received more votes in the Democratic primary than all the Republican candidates combined.

This is a disgrace, because Ed Markey should be a vulnerable candidate. Markey has been in Congress 37 years and has earned a 100% lifetime rating from Americans for Democratic Action and a career “F” from NumbersUSA. Even more absurdly, Markey doesn’t even live in the state. He owns a posh home in Chevy Chase, MD and lists his childhood bedroom in his parents’ house as his official residence. Quite bold for a 66 year old man. [For Markey, a tale of two homes, By Noah Bierman and Frank Phillips, Boston Globe, February 14, 2013]

Scott Brown defeated a far more formidable Democratic opponent in 2010. But Brown stumped opposed illegal immigration on the stump in 2010, only to drop the issue when he ran for reelection in 2012—no doubt on the advice of his consultants.

The Republicans are in a demographic hole. And yet they continue to dig. Were Henry Cabot Lodge alive today, he would surely be horrified to see his party nominate someone to his former seat who campaigns in a foreign tongue.

Still, things often have to get worse before they get better. The good news is that the electorate isn’t buying what the Republicans are selling.

Gabriel Gomez recently appeared on conservative Howie Carr’s popular afternoon radio show. But caller after caller said that they were planning to stay home and not vote in the special election on June 30th—largely due to Gomez’s support for Amnesty.

The GOP lost the 2012 presidential election because they spurned the white vote. They will probably lose this election for the same reason.

This can’t go on forever. Inevitably, someone from the Republican Party, or perhaps from a new party, will finally realize that millions of white votes are just waiting to be won—if only someone would care to earn them.