The Fulford File: The Haymarket Martyrs, And Other Riot Lies

The recent rioting by “antifascists” attacking people who believe in free speech, Trump supporters, and actual members of the Dissident Right, has led to a lot of hard lying in the MSM, mostly blaming the victims. [20 arrested, 11 injured in Trump-related rallies in downtown Berkeley, Mercury News, April 17, 2017]. It’s not a new phenomenon.

Outside of the US, labor doesn’t march on Labor Day but instead on May Day, an international celebration of (a) Labor and (b) far Left politics, including communism and anarchism.  But May Day is actually a commemoration of something that happened inside the United States, on May 4, 1886: a number of Chicago policemen, attempting to break up a riot led by foreign anarchists, were met with a home-made anarchist bomb, and gunfire from armed rioters.

The conviction of eight of the anarchist leaders has long been considered a miscarriage of justice, and is generally taught as such in textbooks. Some were later pardoned by liberal governor John Peter Altgeld, who thought them not guilty. 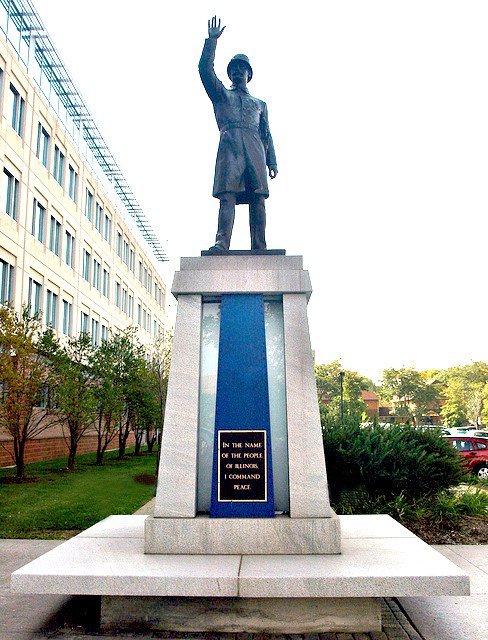 A memorial to the murdered police (the statue at right) was blown up twice in the 1970s, by Bill Ayers’s Weather Underground.

There’s also a memorial to the “Haymarket Martyrs” (i.e. the convicted and executed murderers) erected in a German cemetery in a  suburb of Chicago in 1893. 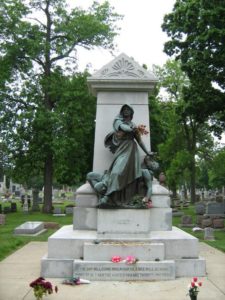 No one has ever thought of blowing it up.

You notice I referred to the hanged men as “the murderers” above. That was not the historical consensus for most of my life—for most of everybody’s life—but it may be in the future.

In National Review, John J. Miller (with whom we’ve had disagreements in the past) published a story about Timothy Messer-Kruse [Email him] a conventional liberal historian, who had an interesting experience when he was explaining the received view of this incident: 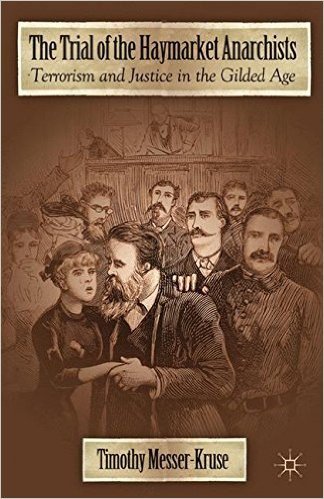 Timothy Messer-Kruse doesn’t remember her name, but the question she asked in his college classroom a dozen years ago changed his career—and now it may revolutionize everything historians thought they knew about a hallowed event in the imagination of the American Left. “In my courses on labor history, I always devoted a full lecture to Haymarket,” says Messer-Kruse, referring to what happened in Chicago on the night of May 4, 1886. He would describe how a gathering of anarchists near Haymarket Square turned into a fatal bombing and riot. Although police never arrested the bomb-thrower, they went on to tyrannize radical groups throughout the city, in a crackdown that is often called America’s first Red Scare. Eight men were convicted of aiding and abetting murder. Four died at the end of a hangman’s noose. Today, history books portray them as the innocent victims of a sham trial: They are labor-movement martyrs who sought modest reforms in the face of ruthless robber-baron capitalism.

As Messer-Kruse recounted this familiar tale to his students at the University of Toledo in 2001, a woman raised her hand. “Professor,” she asked, “if what it says in our textbook is true, that there was ‘no evidence whatsoever connecting them with the bombing,’ then what did they talk about in the courtroom for six weeks?”

The question stumped Messer-Kruse. “It had not occurred to me before,” he says.

What Happened At Haymarket? A Historian Challenges A Labor-History Fable, February 11, 2013

It seemed not to have occurred to anyone—except the 1886 police, prosecutors, witnesses, judges and juries, who found the defendants guilty.

After looking for the answer in standard histories from 1936 and 1984, and getting no help, according to Miller

“Messer-Kruse discovered that the Library of Congress and the Chicago Historical Society had just digitized a large collection of material on Haymarket, including a transcript of the trial. He slogged through thousands of pages, consulting other primary documents to gain a sharper picture of what lay buried in the historical record.[ The LOC collection is down, temporarily—an archived version is here. ] Along the way, he realized that earlier researchers had not consulted this transcript. Instead, they had relied on an abstract of the trial prepared by defense lawyers, drawing their conclusions from a flamboyantly prejudiced account of the bombing and its aftermath. “The best source had been hiding in plain sight,” says Messer-Kruse.” [Emphasis added—all this is typical of the thinking that creates the conventional Narrative.] 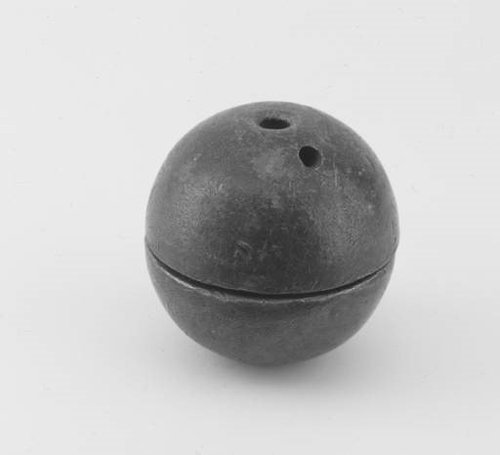 Briefly, although there’s been pushback from the Left: the Haymarket “Martyrs” were guilty.

Messer-Kruse believes that although it’s impossible to rule out lethal friendly fire, several policemen were probably shot by armed protesters—a fact that chips away at the belief that the anarchists were peaceful. Messer-Kruse also worked with chemists to study the forensic remains of Haymarket’s violence. He determined that the original trial experts brought in to study the bomb and bullet fragments had done their jobs well. He furthermore concluded that one of the Haymarket defendants—Louis Lingg, who killed himself before authorities could carry out his death sentence—almost certainly built the bomb.

They were not only guilty, they were also foreign. Which means we can class the deaths of police at the hands of  German anarchists like George Engel, Adolph Fischer, Louis Lingg, and August Spies as “Immigrant Mass Murder.”

This is supposed to be a point in their favor, in the conventional Narrative.  Miller, who has shown an tendency to fall for the Narrative on the subject of immigration, mentions this, though it’s the conventional view, not his:

“A group of workers, most of them German-speaking immigrants, assembled near Haymarket Square to appeal for an eight-hour workday….

In a fit of xenophobic hysteria, authorities rounded up political radicals, showing little regard for civil rights or criminal evidence.” 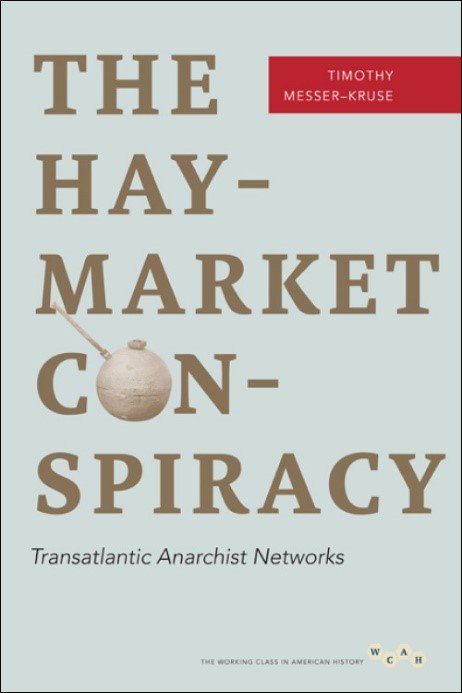 Good old xenophobic hysteria! It never occurs to the historian that there are downsides to immigration, and Messer-Kruze’s research has led him to publish not only The Trial of the Haymarket Anarchists: Terrorism and Justice in the Gilded Age, but also The Haymarket Conspiracy: Transatlantic Anarchist Networks.

Not at the Guardsmen, it’s true. They were fired in self-defense by a photographer who was afraid he’d be beaten to death by the “unarmed student protesters” .["Kent State tape indicates altercation and pistol fire preceded National Guard shootings (audio)". By John Mangels, Cleveland Plain Dealer, October 8, 2010] 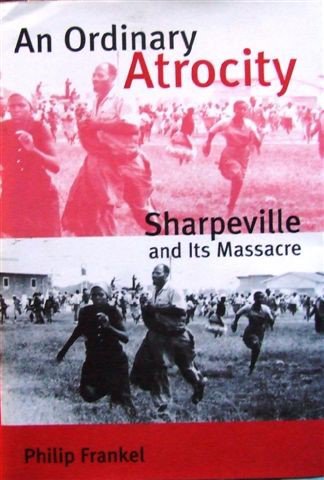 That’s because the dead at Cato Manor were police, who had failed to shoot the “unarmed” rioters—four white and five black policemen, who were killed and mutilated. Mutilated means, according to Wikipedia and other sources, their genitals stuffed in their mouths.

I am unable to find contemporary newspaper reports of that detail, because in 1960, you couldn't say “with their genitals stuffed in their mouths” in a newspaper. A book about the Sharpeville Massacre (Philip Frankel's An Ordinary Atrocity) uses the word “disembowelment” to describe what happened to some of the victims—but says that some lucky dead cops were simply stoned to death by rioters, who were, of course, “unarmed.”

You may never have heard of it—but you can bet the police at Sharpeville had heard of it.  If they hadn’t, the Sharpeville rioters were willing to remind them: “We took great delight in shouting ‘Cato Manor' … because we knew it would disturb the Boers," said a surviving rioter. [Book Review: An Ordinary Atrocity, by Leon Engelbrecht, Defenceweb.co.za, May 4, 2009] 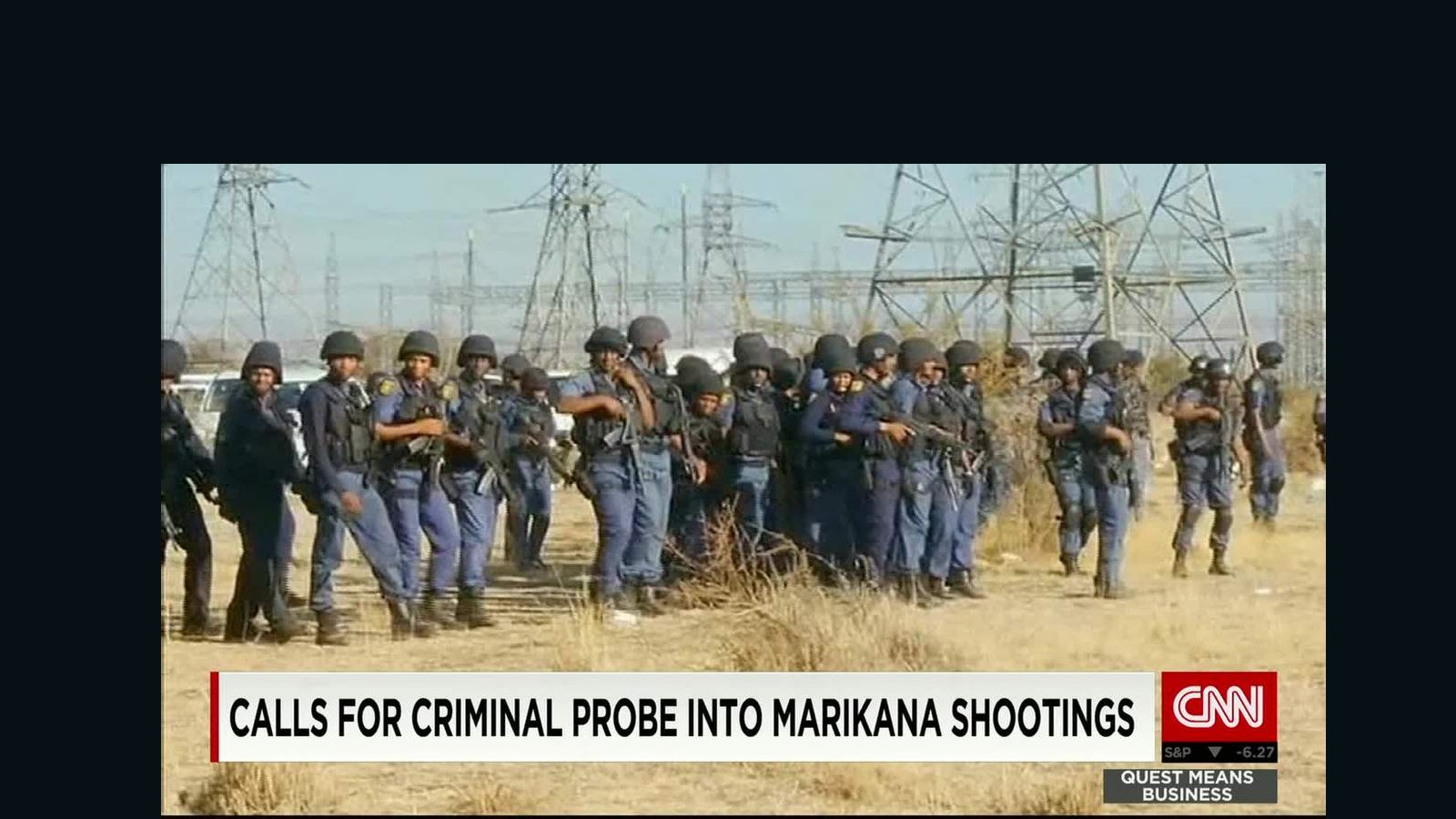 And in 2015, the new, black South African government reacted exactly the same way to dangerous rioters—striking miners in the Marikana area—and shot 112 of them, killing 34. (Oh, and the rioters killed 10 of the security forces.) [South African mine massacre: Report says many share in the blame, By Pat St. Claire and Karen Smith, CNN, June 25, 2015]

So you were lied to about the Haymarket Massacre, the Kent State Shootings, and the Sharpeville Massacre by your schoolteachers.

You were lied in the same way about the Vietnam War and “McCarthyism”.

It should be no surprise that you’re being lied to about “Trump riots” now.

The difference is that now, thanks to the Internet, social media…and us here at VDARE.com, you now know you’re being lied to and can take steps.