The Fulford File | NATIONAL REVIEW And Not Reporting Race: The Case Of The Anti-Poverty CEO

National Review has done a number of stories about race recently (some of them wrong-headed), because of the rioting in Ferguson. But its recent story Corruption in Cleveland [By Jillian Kay Melchior, August 20, 2014] does not mention race—although it should.

A prominent Ohio not-for-profit agency that offered help to low-income Americans received more than half a billion in taxpayer dollars over the past 15 years. But its president and CEO was awarding publicly funded contracts in exchange for kickbacks, home-renovation work, and other pay-offs, the U.S. Attorney for the Northern District of Ohio alleged last week.

Jacqueline Middleton, who led the Council of Economic Opportunities of Greater Cleveland (CEOGC) from 1993 until last April, now faces two charges of honest-services fraud, one count of bribery in a federally funded program, and one count of Hobbs Act conspiracy for her alleged misdeeds. [More]

What race is Jacqueline Middleton? She's black. See picture below: 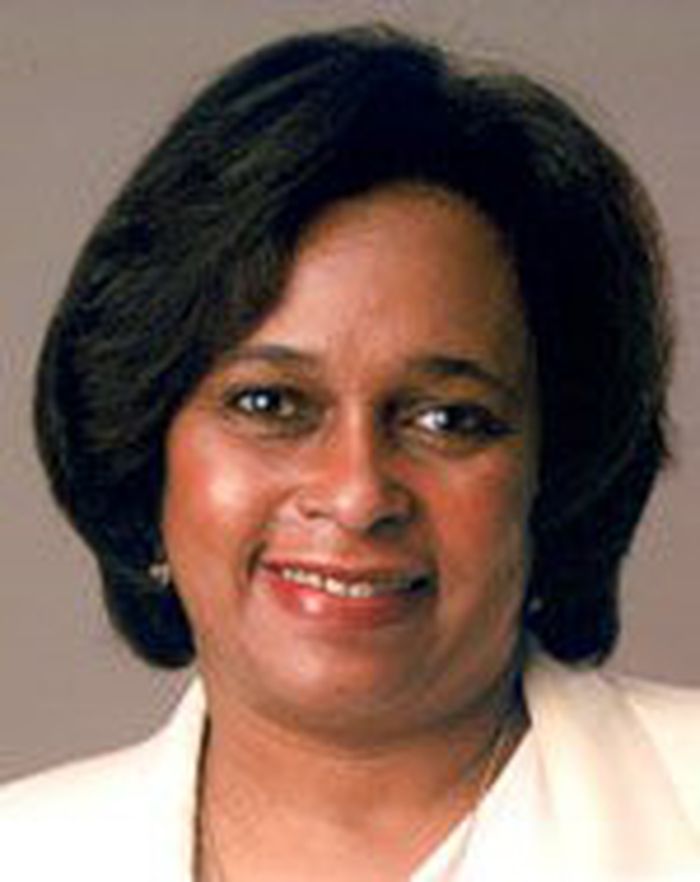 How did I guess? Well partly because she's an anti-poverty CEO, and that kind of position is more or less reserved for blacks. It's all part of the Minority Occupation Government.

I might also have guessed it by racial profiling—see my added emphases to Melchior’s NRO article below:

In 2005, local journalists reviewed CEOGC records and wrote about Middleton’s big-spending habits, “particularly on travel and gifts,” reporter Susan Vinella noted. The Cleveland Plain Dealer detailed Middleton’s spending of agency funds on a $190 gong to decorate her office, luxury car rentals, Coach tote bags, and Tiffany gifts. And while on agency trips to anti-poverty conferences, Middleton had also spent big on spa services and exorbitant meals, charged to the CEOGC credit card, the Plain Dealer reported. Ultimately, Middleton reimbursed the agency for around $4,000.

In the wake of this news, Cleveland mayor Jane Campbell and Cuyahoga Commissioner Tim Hagan called for Middleton to step down; she declined to do so. But Ohio representative Stephanie Tubbs Jones — who received $775 in campaign donations from Middleton between 2005 and 2006 — held a press conference in support of Middleton and praised her for “do[ing] a commendable job” and offering “dedicated service.”

As for the late (1949 – 2008) Congresswoman Stephanie Tubbs Jones who supported Jacqueline Middleton so loyally [Congresswoman Tubbs Jones Supports Granting of Due Process for CEOGC President., PRNewswire, May 6, 2005] here's a picture of her: 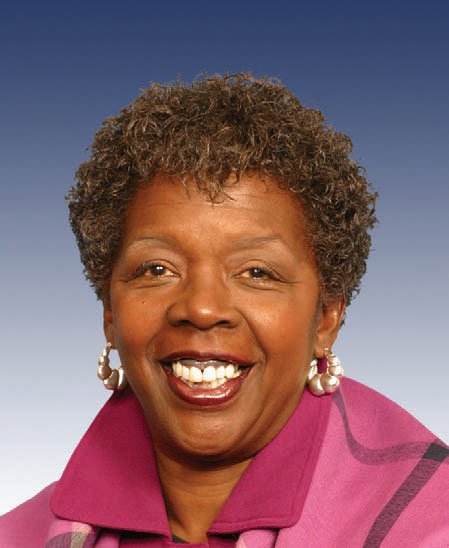 I'd like to absolve Representative Tubbs Jones posthumously of caring about the $775 in donations. I'd suggest, rather, that she was operating on racial solidarity, defending a woman of color accused of wrongdoing without even asking if she was actually guilty.

After all, the point of these nonprofits is to take money from one group of people—net taxpayers—and give it to another—people poor enough to be net recipients of governmental largesse. In practice, it's an interracial wealth transfer, from non-black to black.  The $190 gong and the Coach bags are chickenfeed by comparison.

Jacqueline Middleton was working for her people, and Tubbs Jones supported her.

Also, while NRO's editors may feel that Representative Tubbs Jones was wrong to do that, there's no reason to think that the people who elected Tubbs Jones felt that way—they're black, too.

She represented Ohio's 11th District, and her Wikipedia entry says that when she got the Democratic nomination in 1998, it

…all but assured her of election in the heavily Democratic, black-majority 11th. She was reelected four times with no substantive opposition.

In a 2010 article  called “Right Up There With Oxygen”—Why Race Is Important, And Who It's Important To, I asked: why it is so important to report the race of both minority criminals in the news, and minority public officials who are either corrupt or soft on crime?

And I quoted something I heard a motivational speaker say years ago:

“For years, I heard people saying 'Money isn't everything.' Or 'Money isn't important,' and I had actually managed to convince myself of this. However, I discovered that my creditors had it right up there with oxygen on their list of priorities.”

African-American politicians definitely have their own race right up there with oxygen on their list of priorities. It informs everything they do. That's why Obama checked “black” on his census form although of course he is half-white—it's a political statement, and the foundation of his political career.

National Review's reporting on these issues may be from a Republican point of view, but on stories like this, it is following the same Don't Mention Race!!! template as the Democrat-dominated Main Stream Media.

Would you like to see the picture this “conservative” magazine—which is going to be called racist anyway—used to illustrate its story about African-American corruption? 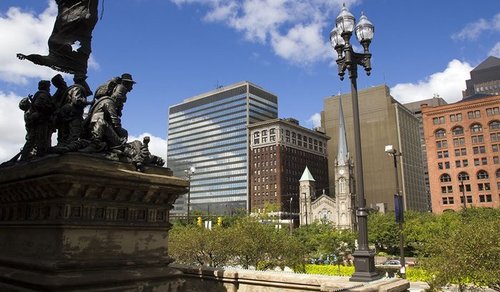