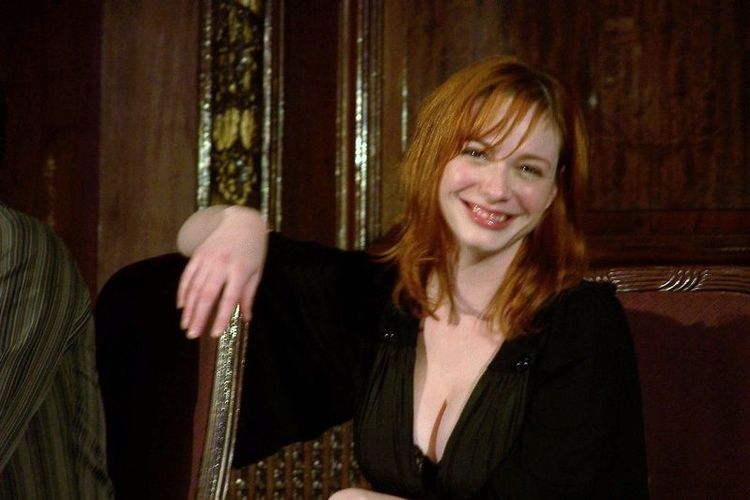 The Fulford File | Ferguson Fallout—Red Is Not The New Black

Kathy Shaidle points to a new poem called "Code Red," written in the light of Michael Brown's attack on Ferguson police officer Darren Wilson, and in the burning light of the stores, cars, and occasional human beings set on fire by undocumented shoppers.[Code Red': A fine poem — with a flawed premise, November 27, 2014]

It's about a policeman with a deadly fear of red-haired people, who shot one because of this:

This was no little smoldering coal.

Eighteen is a man. A fully grown man.

Pardon my questioning your credibility here.

Did you think a sense of dedication meant

I wanted only the badge

to be left of my body?

He had turned away, yes, to flee

but you have to stop a fire before it gets too far.

(Michael Brown, by comparison, had come charging unstoppably back.)

Kathy (a reformed poet herself) thinks this is technically a fine poem. She writes:

You don’t stumble across such things very often these days, particularly when the poet is one of those “MFAs in Creative Writing.”

(Whatever did Kafka and Rilke do without such things…?)

But technically, this is impressive indeed.

I suspect this unfashionably formal poem will be rapidly and heavily anthologized, and even make its way into some curricula, because not only is it uncharacteristically accomplished but it, unfortunately, genuflects at all the right (I mean, left) moments.

(Link in original). Personally, I think the same poem was done better in the 19th century by A. E. Housman, who was great:

Oh who is that young sinner with the handcuffs on his wrists?

And what has he been after, that they groan and shake their fists?

And wherefore is he wearing such a conscience-stricken air?

Oh they’re taking him to prison for the colour of his hair.

‘Tis a shame to human nature, such a head of hair as his;

In the good old time ’twas hanging for the colour that it is;

Though hanging isn’t bad enough and flaying would be fair

For the nameless and abominable colour of his hair.

Again, it’s a metaphor, in this case for homosexuality. Housman was thinking of Oscar Wilde, who had gone to jail for sex with teenage boys.

In her commentary, Kathy explains patiently that, in spite of occasional police misconduct, blacks are not being targeted because of the color of their skin, but because they commit all that crime.

The idea that individuals are being shot by cops “just because of the color of their skin” and that hair color (or eye color) is an apt metaphor for skin color, is something out of Sesame Street — or, in the latter case, cruel Maoist child abuse disguised as a progressive social experiment. (And praised as such by the same people who are forever bullying us about “bullying.”)

Race is not just a social construct. Ask sickle cell anemia (if you could.) If it were such, then surely forensic anthropology is no more than modern-day phrenology and should be condemned, no?

(Links in original). The "cruel Maoist child abuse" that Kathy refers to is Jane Elliott's infamous "Blue Eye" experiment, in which the children in an all-white class were divided into blue-eyed and brown-eyed, and then the blue-eyed ones were discriminated against.

We've written about that a lot. But Miss Elliott is still going strong, taking in money hand over fist in her diversity training seminars. She boasts on her website:

In response to the assassination of Martin Luther King, Jr. over thirty years ago, Jane Elliott devised the controversial and startling, "Blue Eyes/Brown Eyes" exercise. This, now famous, exercise labels participants as inferior or superior based solely upon the color of their eyes and exposes them to the experience of being a minority. Everyone who is exposed to Jane Elliott's work, be it through a lecture, workshop, or video, is dramatically affected by it.

Horrifyingly so—especially when you consider that Elliott started this with innocent children in her Rice Lake classroom after Martin Luther King was assassinated.

It won't help much to be prepared to face Jane Elliott. This elderly woman will tear down any shield. Even we, the spectators in BLUE EYED, can't get rid of this feeling of uneasiness, embarrassment, anxiety and utterly helpless hatred when she starts keeping people down, humiliating them, deriding them, incapacitating them. No doubt about this: for three quarters of the time in this documentation Jane Elliott is the meanest, the lowest, the most detestful, the most hypocritical human being hell has ever spit back on earth. But she should be an example for all of us.

That's a quote from the Stuttgarter Zeitung that Elliott actually uses to promote her seminars. It’s posted on the front page of her website.

She's not teaching "tolerance", by the way. She’s teaching hate. Here's what she told students in Australia:

That's from an undated interview, archived in 1998, in a now defunct Australian magazine called Webfronds. Aside from her other claims, the language she's talking about, that white people didn't come up with" is—English.

Race is actually anything but skin deep. The color of hair and eyes has no effect on your IQ or behavior. Mad Men actress Christina Hendricks, pictured above, is not a real redhead. (Everything else is real.) 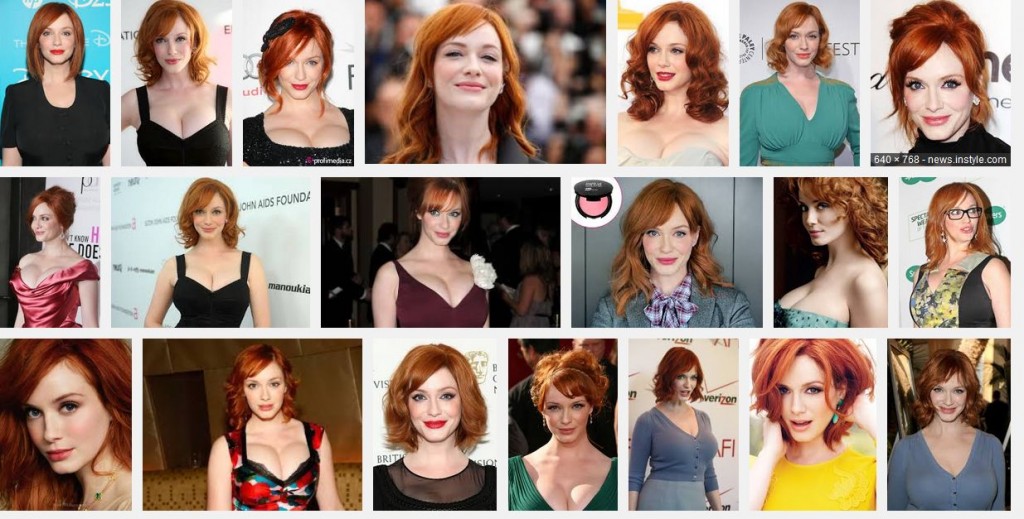 You can change your hair color easily, and you can get contacts to change your eye color. As you can see in this less distracting closeup, Miss Hendricks's eyes are blue, which would be unusual if she were a real redhead. But the people who think, as Jane Elliott does, that people who see blacks judge people "based on the amount of a chemical in their skin" are ignoring the non-skin deep factors, for example

We can turn brown-eyes blue, and blonde hair red, but even if someone can makeup to change their outward appearance, they can't change their test scores. In fact, a standardized, paper-and-pencil test is the best way of avoiding even the possibility of racial bias.

The reason people, including Jane Elliott, keep complaining about the tests is that blacks keep failing them anyway. The Supreme Court's "disparate impact" jurisprudence says that if minorities fail tests at a higher rate than whites, it's the test that's wrong.

It isn’t. Race is more than skin deep, more than color of your skin or hair. A race is, as Steve Sailer puts it, a partially inbred extended family.

A race is a family, and families tend to behave alike. In Ferguson, we’re seeing one kind of behavior—the same kind Darren Wilson faced when he met Michael Brown walking down the middle of the street.

This “Code Red” thing, like the “Blue-Eyed” seminar is just one more example of the whole “Race Does Not Exist” illusion, the idea that there are no real differences between races, and any differences can be explained by the actions of whites.

Whites are the only group that do differ, according to these people—because only we can be “racist.”