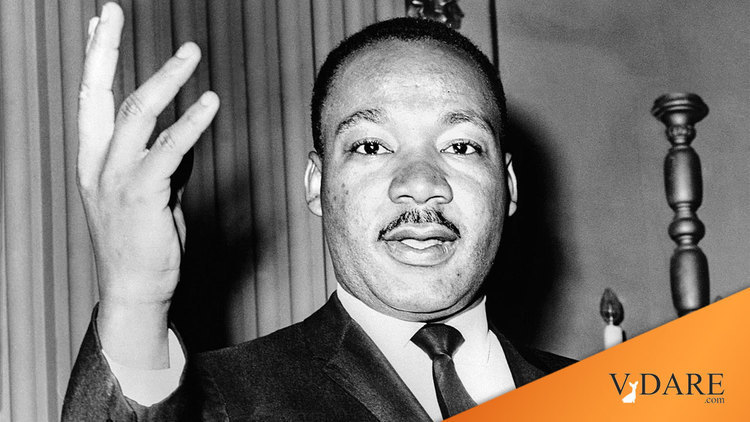 "M Is For Martin Luther King Jr." and Other Preschool Brainwashing

Last Saturday, I attended an open house for a local preschool as a possibility for my oldest daughter, who will be 3 years old this summer.

While I was there, I didn't really like it.

On the way home, I really didn't like it.

The more I think about it, the worse it gets.

There were several problems, from the teachers obviously ignoring the shy kids (mine included) while fawning over the precocious ones, to the fact that my daughter already knows everything they teach, even though she isn't old enough to attend for another six months.

The icing on the cake was a conversation I had with one of the (otherwise very sweet, young, pretty) teachers. She was explaining to me how the decorations and activities in the classroom change each month to reflect the seasons, holidays and themes of each.

"So for December, we had a paper tree up on the corkboard and the kids could count the ornaments and we took a lot of time to talk about Hannuka and Kwanzaa because it's important that the kids know it's not just Christmas out there."

I smiled but didn't say much.

"And for January we are doing snowmen and MLK Day..." She gestured toward a huge display, probably 6'x4' of paper plates that had been decorated by the students. They were slathered in dark brown paint and had googly eyes and felt mustaches glued to them. Above these monstrosities, in perky bubble-shaped letters, it read:

This preschool is in a whitopia: an exurban, almost rural, community in New England. There aren't any black people. I can only think of two off the top of my head: one, a male librarian and the other a half-Polish, half black high school track star who graduated last year. According to Wikipedia our town is 0.75% African-American. I can't say that these children have never seen a black person, because presumably they travel, but I can't imagine they've seen more than a handful.

As an adult who has lived in many a big city, I have never met anyone who celebrates Kwanzaa. The chances that these kids will is zero. Hanukah is big around here, but they have their whole lifetimes to ponder religious diversity and only a few short years of enjoying Christmas, the most magical time of the year, as only a small child can.

Tell me, what are these tiny people supposed take away from painting a paper plate brown and calling it Martin Luther King?