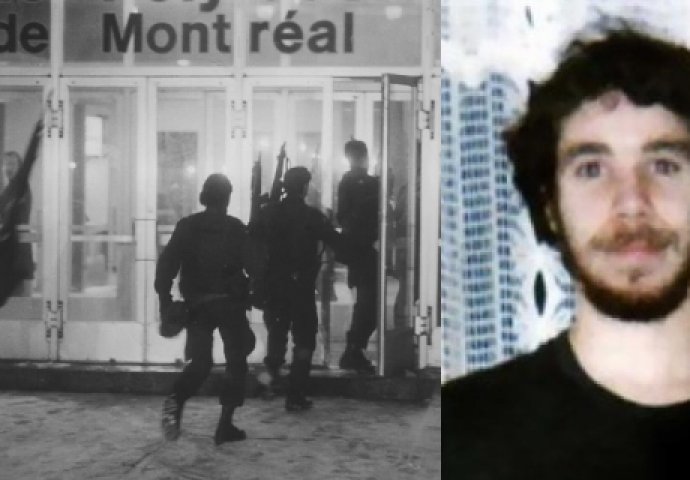 The Fulford File, By James Fulford | Arab Gunman, Nigerian Gunman, And The MSM

On her Relapsed Catholic blog, Kathy Shaidle points to Mark Steyn's reprint of his column (December 12, 2002) on the anniversary of a mass murder committed in Canada in December 1989 by an Algerian-Canadian named Gamil Gharbi. A few years previous to the murder, he had changed his name to the Marc Lepine, to blend in to French-Canadian society. Steyn said:

"M. Lepine was born Gamil Gharbi, the son of an Algerian Muslim wife-beater, whose brutalized spouse told the court at their divorce hearing that her husband 'had a total disdain for women and believed they were intended only to serve men.' At 18, young Gamil took his mother's maiden name. The Gazette in Montreal mentioned this in its immediate reports of the massacre. The name 'Gamil Gharbi' has not sullied its pages in the 12 years since."

Gharbi/Lepine killed 14 women, and only women, in an engineering class in Montreal University, using a Ruger Mini-14, a semi-automatic rifle in .223 caliber.

I recall reading about this at the time and wondering how he had done this without killing any men.

The answer is that he entered a lecture hall containing about 60 students, holding a rifle with at most 30 rounds of not very powerful ammunition. That is, it was lethal, but it didn't have stopping power, and he could have been disarmed by someone willing to fight back.

He fired two rounds into the ceiling and asked all the men in the room to leave. And they left. Here's the report, from crimelibrary.com

"Lifting his rifle, he shot twice into the ceiling. It was no joke.

"'You're all a bunch of feminists!' the man shouted, his eyes now alight with anger. 'And I hate feminists!'

"This time, he ordered the women to get up from their seats and the men to leave. A few moved to obey, but others remained confused. They wondered whether they should try to overpower the gunman, protect the women, or leave. The choice as to what was best was unclear. But after a few moments, the male students and teachers walked outside. In weeks to come, many of them would have nightmares about this moment, reliving it over and over, wishing they had acted differently."

People have been told for years not to fight back, and these young men listened.

Steyn goes on to cite the other way of dealing with mass murderers: fighting back, preferably with a gun of your own.

"This spring, [2002] there was an attempted gun massacre at the Appalachian School of Law in West Virginia. But, alas for the Appalachians' M. Lepine, there were two gun-totin' students present who were able to pin down the would-be mass murderer until the cops arrived."

There was a backstory to this one too, though. What Steyn doesn't say here, because probably he didn't know, is that the Appalachian School of Law gunman was a mental case from Nigeria named Peter Odighizuwa.

The late Sam Francis wrote about it at the time. He, somewhat harshly, blamed one of the victims, Dean Anthony Sutin, a liberal who was responsible for readmitting Odighizuwa after he flunked out. Sam wrote:

"When what really happened at the Appalachian School of Law in Grundy, Virginia, earlier this month was the shooting of three whites by a black, however, there was no national crisis. The Rev. Jackson had more important business elsewhere; no local (let alone national) church leaders showed up to visit the families of the victims and demand justice; no FBI, no government officials, no politicians, and not much press, save the locals who quickly buried the story.

'What really happened is that a man named Peter Odighizuwa, a native of Nigeria who had flunked out of Appalachian twice, blew away a white professor at the school, a white student and the white dean who had admitted him to the school a second time after he had flunked out once. There was a flutter of national news about the story before it sank into its grave, but only because the dean happened to be a former official in the Clinton Justice Department, a Harvard Law School graduate and something of a professional do-gooder. Apart from the death of a member of America's ruling class, the story had little interest." [Diversity vs. Safety (contd.): Innocents Pay Price In Appalachia Killings]

What Sam had to say about Sutin was that he was a liberal who simply refused to admit that Odighizuwa didn't belong in that school, both because he couldn't handle the work, and because he was showing obvious mental symptoms" "Because he insisted on ignoring the obvious truth that Mr. Odighizuwa didn't have the brains to stay in school and didn't belong there, Dean Sutin and two others are dead."

And the media, reporting it, ignored all those factors.

You see, there's a tendency to ignore or suppress any details that don't fit the liberal worldview. For example Canadian feminists tend to think of the murders in Montreal as an example of Canadian misogyny, rather than Arab misogyny, of which it's more typical.

By the same token, they tend to think of this particular massacre as an example of "gun violence" rather than Arab violence, of which it is, again, more typical.

But the fact that Gharbi/Lepine's alias lasted so many years is the point, the media just doesn't want to report these stories, and that's what you need VDARE.COM for, I'm afraid.

I say, "I'm afraid" because we are shortly going to be asking you for money, since it is, after all, Christmas.

There are a lot of things that we can tell you that the mainstream media won't or can't, and that even Mark Steyn, who's definitely not PC, can't tell you.

In his review of Bowling for Columbine, Steyn said that Canadian blogger Colby Cosh was "a braver man" than he was for pointing out why there are fewer gunshot murders in Canada, which has gun control and no death penalty, both of which tend to increase gun crime. Cosh pointed out that Canada has fewer blacks, who commit more than half of US murders.

We've been reporting on this kind of thing for years, and intend to go on doing so—if we can.