The Fulford File | "Actually, There Has Always Been Migration"—But In Those Days They Called It Invading!

The University of Kent in England has come up with this laughable video claiming that Britain has always been affected by migrations. Poles from the EU taking jobs, Gypsies taking benefits and unattended purses, and Syrians taking the virginity of 13-year old English girls are all part of the game.

Not entirely convinced by the implication of this that the Roman army were the equivalent of Polish plumbers... pic.twitter.com/MG4lfRLLSo

"We are a nation of immigrants.” No discussion of U.S. immigration policy gets far without someone making this helpful remark. As an immigrant myself, I always pause respectfully. You never know. Maybe this is what they're taught to chant in schools nowadays, a sort of multicultural Pledge of Allegiance.

But it secretly amuses me. Do they really think other nations sprouted up out of the ground? (“Autochthonous” is the classical Greek word.) The truth is that all nations are nations of immigrants. But the process is usually so slow and historic that people overlook it…

This is obvious in the case of the British Isles, from which the largest single proportion of Americans are still derived. You can see it in the place-names. Within a few miles of my parents' home in the north of England, the names are Roman (Chester, derived from the Latin for camp), Saxon (anything ending in -ton, town, like Oxton), Viking (-by, farm, like Irby), and Norman French (Delamere).

Ann Coulter referenced that to a WND interviewer in 2013

Q:Historically, immigration has helped America – why is it now hurting our country?

As Peter Brimelow points out ALL NATIONS ARE NATIONS OF IMMIGRANTS. STOP CALLING AMERICA “A NATION OF IMMIGRANTS!” Do people imagine the British simply emerged from the mud as proper, common law-respecting, tea-drinking Englishmen? The Romans occupied it, the Normans invaded, Germanic tribes replaced the Normans, the Vikings invaded and a thousand of years later, the Muslims came and wrecked the place. I may have gotten some of the invasions mixed up, but that’s it in a nutshell.

Let's look at the record—the earliest people we really know about in Britain were the Celts. They were around 12,000 years ago. They were displaced violently by the people we call the English, and in Wales and Scotland, they still resent it. But it’s okay, because actually there has always been migration.

Above, courtesy of the University of Kent, you see a picture of a Roman Centurion shaking hands with tattooed local Briton of some kind.

The Britons were the people the Roman Empire invaded—twice. Once by Julius Caesar, and once by Claudius. The Romans made themselves unpopular by demanding tribute, taking slaves, and crucifying—literally—anyone who resisted. Under Emperor Nero they provoked a huge rebellion when Roman soldiers beat Queen Boadicea and raped her daughters. However, they put the rebellion down with more slaughter and crucifixions. But it’s okay, because actually there has always been migration.

They also, because the Celts were, if anything, even more resentful, had to build TWO walls to protect the occupiers from the Scots.

Rome eventually fell, and Britain, which had become civilized very much against its will, became uncivilized again.

That was when (around the fifth century) the Anglo-Saxons showed up, in large numbers. They came from Germany, more or less, organized as groups under their thegns. They had axes and sword and things. (But it’s okay, because actually there has always been migration.) 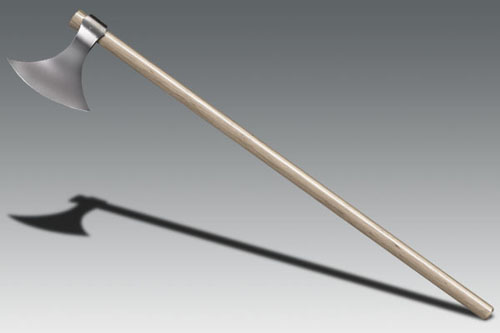 It is thought by some that the legends of King Arthur are based on a folk memory of some Roman nobleman, possibly called Artorius, who resisted this invasion.

That's the theme of novelist/ amateur historian David Drake’s novel THE DRAGON LORD, in which two foreign mercenaries in Arthur's army have the following conversation:

Danish Mercenary (Starkad Thuridson): "The old sweats, the Britons who've been with Arthur from the beginning—they complain and they don't care who's listening, Briton or German or Greek. They say Lancelot's doing the same thing the Vortigern"—Starkad used the British title for High King—"Vitalis did fifty years ago, hire Saxons to fight Picts, and hire more Saxons, until—bam! The Saxons cut everybody's throats one night and take over half the country."

(But it’s okay, because actually there has always been migration.)

Irish Mercenary (Mael  mac Ronan) : "Vitalis hired groups," Mael explained. "He'd bring over a shipload of Saxons and settle them at a river mouth or a favorite landing spot of the Picts. They'd have their own government, their own thegn to lead them, and, after a little while, the kings followed the bulk of their tribes over. You don't come first if you've got a soft place at home, but when things seem settled in Britain and the land's so much better, you move in and be king there. And if there're locals there already who think they're in charge but they don't have any soldiers of their own—well, so much the worse for them.

"But Arthur isn't enlisting tribes, right?" Mael continued. "Just men. And they aren't from one tribe together and they aren't under their own leaders, they're under his. They don't even use their own weapons or their own language in his army…”

That’s because the fictionalized Arthur in this story didn’t care if actually there has always been migration—and the recent Syrian invasion is more on the Vortigern model than the Arthurian one.

Then things got kind of Dark Ages for a while, but that doesn't mean there weren't a lot of Irish and Danish raids. Alfred the Great managed to prevent a Viking takeover, but that was only temporary—the Danes occupied a large part of Britain called the Danelaw, and collected Danegeld. John Derbyshire said in 2001 that the Danish invasions of the 9th Century were the last great influx numerically, and that “immigrants who arrived in the 1950s found the English, as a people, pretty much undisturbed since the Peace of Wedmore, a.d. 878.” ( But it’s okay, because actually there has always been migration.)

The Danes also occupied Dublin. (And sometimes Scotland, which the Romans had never bothered to occupy.) 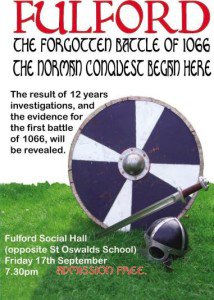 King Canute of Denmark  ruled England 1016-1035 but then he died, and some local people got a look-in, like Harold the Saxon. King Harold the Saxon took stern measures against Norwegian migrants at the Battle of Fulford (the last Norse victory on English soil)—in which I take personal interest. It was my family’s first experience of immigration skepticism.

The later Battle of Stamford Bridge was a stunning success, but three weeks later, along came the Normans! (But it’s okay, because actually there has always been migration.)

Well, in this case it’s really not—the Normans were just awful. They conquered, displaced the local lords, and imposed their own language. It was four hundred years before English was the common language at court. The “Harrying Of The North” (1069-1071) was an early attempt at what we now think of as either Ethnic Cleansing or genocide. Total deaths: 100,000, many of whom starved to death because William the Migrant burnt their crops.  This is out of a total population of less than 2 million. (But it’s okay, because actually there has always been migration.)

William the Conqueror’s invasion was the last actual invasion of the British Isles by interlopers, before the disaster that is modern immigration. Several people tried to commit migration, like King Philip of Spain, or  Napoleon, who built a lot of invasion barges, but couldn’t get them across because of the Royal Navy getting in his way. The Kaiser might have tried something like that in 1914, and Hitler really wanted to invade Britain. (Would that have been okay, because actually there has always been migration?)

Back to the Fifth Century Germans discussed above—in 1995, Peter Brimelow wrote in Alien Nation that they were the closest “Ancient World” parallel to modern immigration:

In some ways, the nearest thing to a precedent for today's world in motion appears to be the famous Volkerwanderung— the great "movement of peoples" in the fifth century that saw Germanic tribes overrun the Western Roman Empire. Europe as we know it was shaped by these invasions. Historic names like England, France, Burgundy, Lombardy — all derive from these areas' German conquerors in this period.

Just as the current influx seems likely to do in the United States, this Germanic influx appears to have produced considerable ethnic change in some areas, for example in England. Just as in the United States today, this was magnified by demographic trends within the Roman Empire — population was declining, partly because excessive taxation had resulted in economic stagnation.

And, just as in the United States today and in Eastern Europe during the Middle Ages, the Germanic influx was connived at, to some extent, by the authorities. Rome repeatedly allowed tribes to settle on lands within her frontier as foederati — allies — sometimes at the expense of the Roman citizens already living there. In return for these lands, the foederati were supposed to accept Rome's overlordship and come to its defense.

Remember this if you ever corner an immigration enthusiast about historical precedents. They tend to get tricky when (understandably) desperate.

Examining the demographic effect of the German invasion of Rome, Brimelow pointed out that it wasn’t that bad—they weren’t as numerically overwhelming, and in addition, they were Western Europeans: ”virtually identical to the populations they conquered and with whom, in most cases, they proceeded quickly to merge.”

Conclusion: the current U.S. situation really is unprecedented, even by comparison with the Volkerwanderung.

Oh, and there's a final point:

But according to the University of Kent, it’s okay, because actually there has always been migration