The Endless Invasion of America 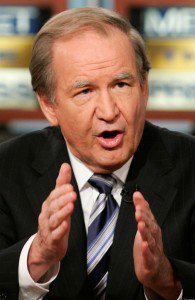 For 10 days, Americans have argued over the wisdom of trading five Taliban senior commanders for Sgt. Bowe Bergdahl.

President Obama handed the Taliban a victory, critics contend, and imperiled U.S. troops in Afghanistan when the five return to the battlefield. Moreover, he has inspired the Haqqani network and other Islamists to capture more Americans to trade.

But which represents the greater long-term threat to the safety and security of our people and nation: sending those five Taliban leaders to Doha, and perhaps back to Afghanistan, or releasing into the U.S. population last year 36,000 criminal illegal aliens with 88,000 convictions among them?

According to a May report of the Center for Immigration Studies, of the 36,000 criminal aliens who, while awaiting deportation, were set free by U.S. Immigration and Customs Enforcement, 193 had been convicted of homicide, 426 of sexual assault, 303 of kidnaping, 1,075 of aggravated assault, 1,160 for stolen vehicles, 9,187 for possession or use of dangerous drugs, and 16,070 for driving drunk or drugged.

Those 36,000 criminal aliens are roughly equivalent to three-and-a-half divisions of felons and social misfits released into our midst. [ICE Document Details 36,000 Criminal Alien Releases in 2013, by Jessica Vaughan, CIS, May 2014.]

And this does not include the 68,000 illegal aliens against whom ICE declined to press criminal charges last year, but turned loose.

How goes the Third World invasion of the United States?

According to the AP, the U.S. Border Patrol's Rio Grande Valley sector made 148,017 arrests from Oct. 1 to May 17, while 62,876 were caught in the Tucson sector, the second-busiest crossing point.[Questions and answers about children at US border, by Elliot Spagat, June 8, 2014]

That is almost 211,000 illegal aliens caught in just over half a year in just two sectors of the border. And that figure only tells us how many were caught, not how many got in, or how many of those caught were released and now reside among us.

Among those caught crossing into Texas these last seven months were 47,000 unaccompanied children. Border Patrol estimates that by Sept. 30, apprehensions of children and teenagers in this fiscal year could reach 90,000.

According to Gov. Jan Brewer, the feds have begun shipping illegal aliens, adults as well as children, from Texas to Arizona, "dumping" them into her state.

"This is a humanitarian crisis and it requires a humanitarian response," says Maryland Sen. Barbara Mikulski of the surge in children from Central America across the U.S. border.

Attorney General Eric Holder has risen to the crisis. The U.S. will now provide lawyers for children who enter illegally, to fight their battle in U.S. courts to stay.

"We're taking this historic step," says Holder, "to protect the rights of the most vulnerable members of our society. How we treat those in need—particularly young people who are fleeing violence, persecution, abuse or trafficking—goes to the core of who we are as a nation."

Somehow the core contention of James Burnham's Suicide of the West, out 50 years ago this year, comes to mind.

"Liberalism," wrote Burnham. "is the ideology of Western suicide."

America and the West must face up to what is happening to our countries and our civilization. Or we are going to lose them both forever.

Treating with contempt U.S. and European laws, peoples from failed states of the Third World are steadily filling up our countries and reducing our native-born into slowly shrinking national majorities.

If this continues over many more decades, Western nations as we knew them will disappear forever, and be remade in the image of those who have newly arrived, and the countries whence they came.

When, ever, did Americans vote for this?

A moratorium on all immigration until unemployment among U.S. citizens falls below five percent. A 15-foot security fence from San Diego to the Gulf, with Border Patrol outposts every 10 miles. Fines and community service for businessmen who hire illegal aliens.

Europe is facing the same crisis. This past weekend, 5,200 migrants were caught on boats crossing from Africa to Italy. Spain and Greece, too, are major crossing points from sub-Saharan Africa and the Arab and Islamic world into the heart of Europe.

Yet as we saw in the May European parliamentary elections, the peoples of Europe are not going quietly into that good night that their elites have prepared for them.

They want to preserve the unique countries that they once were. Frenchmen want France to remain France, as the Brits want to remain British.

And despite the names they are being called, there is nothing wrong with that. As Euripides wrote, there is no "greater grief than the loss of one's native land."

The Republican establishment of Jeb Bush, John Boehner, Eric Cantor, and the Senate hierarchy is prepared to collaborate with Barack Obama on a halt to deportations and partial amnesty.

If so, we shall find out whether the Republican Party still has a heart and soul, or whether, in the last analysis, it comes down to the money.

Patrick J. Buchanan needs no introduction to VDARE.COM readers; his books State of Emergency: The Third World Invasion and Conquest of America,  and  Suicide of a Superpower: Will America Survive to 2025?  are available from Amazon.com.  His new book "The Greatest Comeback: How Richard Nixon Rose From Defeat to Create the New Majority" will be released on July 8, 2014.