The Debate: Hillary Has The Media, But Trump Has The Issues

Say, does anyone remember when Trump was the lightweight with no "policy specifics"? I have an entire chapter in my book, In Trump We Trust: E Pluribus Awesome!, quoting media savants complaining about Trump's lack of "policy specifics," interspersed, by date, with his major policy speeches and papers.

At this point, the only "policy specific" Trump hasn't given us is which company will supply rebar for the wall.

But now, the media's entire campaign against Trump is to prevent him from talking about policy. They would rather talk about fat-shaming than trade, immigration and jobs.

Sometimes, it seems like Trump is cheating by taking the vastly more popular side of every issue.

The official GOP used to send its candidates out with ankle weights, a 75-pound backpack and blinders. But Trump didn't agree to take any staggeringly unpopular positions, however much the Business Roundtable loved them. 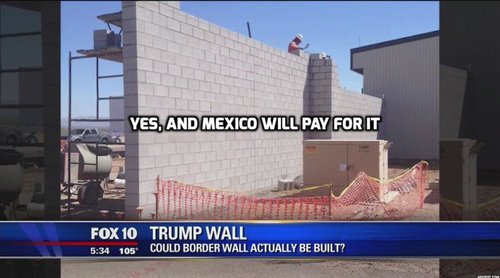 He's against amnesty, for building a wall, against the Trans-Pacific Partnership, for Social Security, against the Iraq War and for extreme vetting of Muslim immigrants.

That's why the media have to change the subject to something flashy that will capture the attention of the most down-market, easily fooled voters. Trump is a groper!

The media's interest in sex scandals goes back and forth, depending on their needs at the moment. When the last name of the perp is "Kennedy" or "Clinton," they're not interested. When it's "the Duke lacrosse team": Guilty.

The fact that a lacrosse team at an elite college had hired a couple of strippers, who—THANK GOD ALMIGHTY—turned out to be black, was all the evidence our media needed to conclude that the athletes had committed a gang-rape, based on centuries of entitlement.

By contrast, when former U.S. senator John Edwards was cheating on his dying wife—while he was running for president, paying his mistress with campaign funds and lying to the American people about it, between lecturing us about morality with the unctuous sanctimony that passes for policy in the Democratic Party—the media primly refused to cover it.

That is, until Edwards was out of the race, at which point the media refused to cover it because he wasn't a candidate. (You guys are the best! I love the media.) 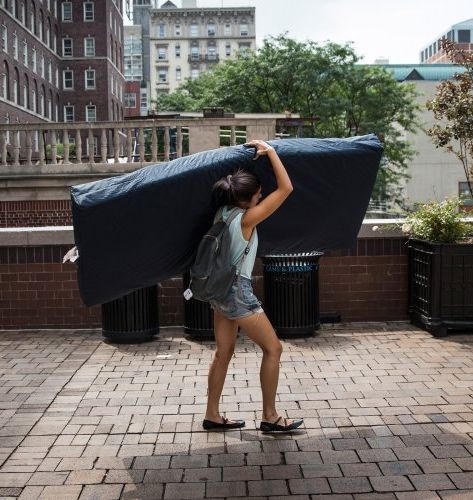 For more than a year, the National Enquirer had the entire Edwards story to itself. Finally, its reporters chased Edwards into a hotel bathroom at 2:40 in the morning, after having caught him spending the evening with his mistress and their love-child at the Beverly Hilton.

At that moment, when the affair was plastered in photos all over the Enquirer, Los Angeles Times editor Tony Pierce emailed his bloggers, instructing them not to mention the "alleged affair," explaining, "We have decided not to cover the rumors or salacious speculations," since "the only source has been the National Enquirer"—he might have added, "a vastly more interesting and accurate publication than the L.A. Times.”

A few years passed, and suddenly we were back to Duke lacrosse standards of proof. As a rule of thumb, the only sex stories our media believe are the false ones.

Emma Sulkowicz, or "Mattress Girl," claimed she had been raped by a fellow student at Columbia University and that college administrators refused to take action against her rapist.

Columbia, to refresh your memory, is the institution that invited Iran's Mahmoud Ahmadinejad to speak. University administrators are constantly changing mascot names and canceling traditional celebrations because some feminist yelps.

But, somehow, Mattress Girl's claim that administrators at Columbia turned a deaf ear to her brutal rape was completely believable to our media and political class. You could see the corporate recruiters lining up!

Among the many, many articles in The New York Times about brave Mattress Girl, art and culture writer Roberta Smith said her art project—carrying a mattress around campus to symbolize the weight carried by rape victims—raised "analogies" to Christ's Stations of the Cross (especially to writers at the Times, where not a minute goes by without their thinking about the Passion).

Mattress Girl made the Times' "Quotation of the Day" for this humdinger: "I've never felt more shoved under the rug in my life.”

Even as the charges were unraveling, easily fooled U.S. Sen. Kirsten Gillibrand brought Mattress Girl as her special guest to President Obama's State of the Union address. (If only Clinton had known it was possible to invite girls with mattresses to the State of the Union!)

After Mattress Girl had spent a couple of years accepting awards, her alleged rapist finally released her texts to him, both before and after the alleged rape.

Here are a few from before the alleged rape:

And here are a few after: Unlike Trump's secretly recorded hot-mic conversation 11 years ago, the Times never thought it worthwhile to quote any of Sulkowicz's messages to Paul—much less on its front page, sans asterisks. The closest the Times came to acknowledging these texts was to delicately note that the two had "traded mutually affectionate messages.”

Continuing the media's winning streak, about the same time as Mattress Girl was sitting for her Smithsonian portrait, Rolling Stone's Sabrina Rubin Erdely was all over the news, reaping accolades for a story about a gang-rape at the University of Virginia even more preposterous than the Duke lacrosse case.

Sadly for the media, the victim wasn't black. But, on the other hand, the alleged perps were "frat boys." (As far as our media are concerned, the lowest circle of hell is reserved for "frat boys.”)

Erdely was the toast of the town ... until a few weeks later, when her story completely fell apart. Rolling Stone retracted the article, the Columbia Journalism Review investigated, and there are currently three defamation lawsuits proceeding against the magazine.

Now, the same people who brought us the Duke lacrosse case, Mattress Girl and the Rolling Stone abomination—but who discreetly left John Edwards' sex scandal to the National Enquirer; Bill Clinton's serial sexual assaults to private litigant Paula Jones; and the Kennedy family's whoring to investigative journalists Seymour Hersh (30 years later) and Leo Damore (20 years later)—these are the people who tell us they're pretty sure Donald Trump is a groper. 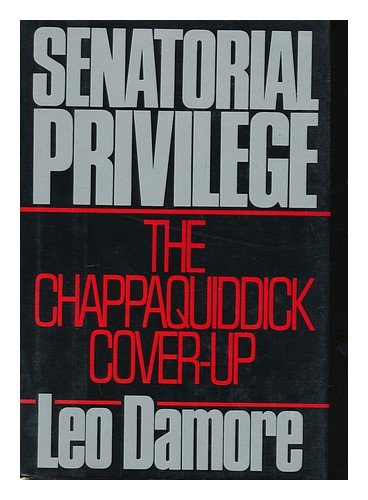 Trump has been a rich celebrity for 40 years, employing thousands of women, but this is the first time he has been seriously accused of any sexual impropriety. You will recall that, just this May, The New York Times conducted a major investigation into Trump's treatment of women—and came up empty-handed.

Trump denies the allegations, but don't expect a "Correction" like this one from the Chicago Tribune, dated Sept. 5, 1996: "In her Wednesday Commentary page column, Linda Bowles stated that President Clinton and the former campaign adviser Dick Morris both were 'guilty of callous unfaithfulness to their wives and children.' Neither man has admitted to being or been proven to have been unfaithful. The Tribune regrets the error.”

Strangely, the allegations against Trump don't even tell a larger story about the (apocryphal) "campus rape culture." Trump's not a member of the Duke lacrosse team. He isn't a "frat boy.”

The only reason for these 11th-hour claims is that the ruling class doesn't want voters thinking about the immigration policies, trade deals and wars that are destroying their way of life. Ever since Trump started raising the issues that no one else would, the media and the political class have done everything in their power to try to stop our movement.

They're so close! Just four more years of importing the Third World at breakneck speed, and America will be O-ver

Maybe it will work. And then six months after the election, Americans will realize they've been scammed by the media into giving away their country.