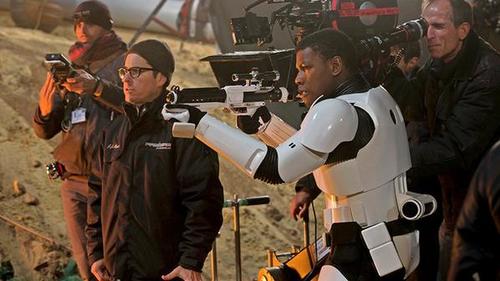 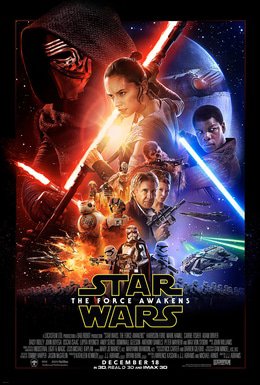 “There’s been an awakening”—or at least a few hundred million dollars put into marketing. The world is obsessed with Star Wars: The Force Awakens and fans are rejoicing at the return of the beloved franchise under its new owners at Disney. Yet in 2015, the innocence that once characterized the films is gone forever, as even in “a long time ago, in a galaxy far, far away,” we are still plagued with racial rent-seekers looking to cash in on a franchise that’s become just another product.

Self-parody Melissa Harris-Perry provided some of her trademark unintentional comedy by ranting Star Wars is RACIST because Darth Vader is supposedly a “black guy” who didn’t “claim his son” [Star Wars is racist because Darth Vader is ‘a black guy’, MSNBC’s Melissa Harris Perry suggests, by Jack Shepherd, Independent, December 17, 2015] But as many pointed out, Vader is never portrayed as a “black guy ” and he actually moves quickly to claim his son and in fact offers to rule the galaxy with him. (Others noticed Harris-Perry was actually saying the exact same thing an over-the-top caricature of a black militant was ranting about in the comedy film Chasing Amy).

But this isn’t new. There are scores of books and documentaries discussing the philosophy behind George Lucas’s space opera and hundreds of academic papers published detailing such topics as the “white privilege” found in the Empire. For example, Kevin J. Wetmore’s 2005 academic study The Empire Triumphant: Race, religion and Rebellion in the Star Wars Films has a hilarious chapter titled “Making the Galaxy Safe for White People: People of Color in the Star Wars Universe.”

Even in 1977, Director John Landis asked Lucas, “George, is everybody in outer space white?" [‘London was chaotic for filming’, by Jason Solomons, The Guardian, August 29, 2009]. And one modern journalist sneered: “The original movies, as much as they’re loved, were largely just a bunch of white American dudes fighting a bunch of white British dudes” [Star Wars star John Boyega talks diversity and dueling Adam Driver, by Bryan Bishop, The Verge, December 7, 2015] 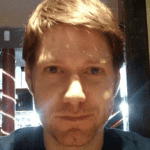 Obviously, The Verge’s Bishop (right) didn’t notice the irony of his statement; journalists are seldom self-aware.

What’s different about this film? John Boyega, a black actor, is one of the key protagonists. And it should be noted Boyega knows exactly what his casting is all about.

As a lifelong Star Wars fan himself, Boyega says the benefit of diverse casting is that kids will pretend to be the characters they love whether those individuals have skin that’s white, brown, green, or covered in fur. That’s what he did.

The bigots trying to sully things? He has no time for them.

“We’ve been having a continuous struggle with idiots, and now we should just force them to understand – and I love the way I just used Force there, by the way – just force people to see this is the new world,” he says. “There are loads of people of different shades and backgrounds. Get used to it.” [Emphasis added] 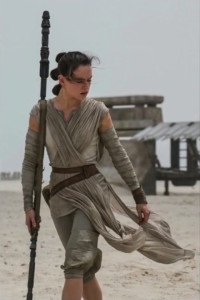 There are also cheers that the main hero is one Rey, the now-clichéd “strong independent woman” who doesn’t need a man.

Director J.J. Abrams called “diversity” an important consideration in casting the movie and previously slammed the Emmys as the “whitest f**king room in the history of time.” In contrast, Abrams said, “We’re casting this show and we have an opportunity to do anything we want, why not cast the show with actors of color?” Thus, as the Main Stream Media boasted, the “traditional Anglo-Saxon ensemble” has been broken [Let’s Talk About JJ Abrams’ Racially Diverse Cast for Star Wars 7, by Peter Sciretta, SlashFilm, June 2, 2015]

In fact, diversity isn’t new to the Star Wars universe. Black actor Billy Dee Williams was cast in The Empire Strikes Back because Lucas (who has a black wife and recently made the Tuskegee Airmen hagiography Red Tails) felt hurt by criticism his original 1977 film was racist:

The most sensitive part to cast in Empire was Lando. Still smarting from criticism that Star Wars was racist, George conceived of Lando as “a suave, dashing black man in his thirties” and specified in his script that half of the Cloud City residents and troops were to be black (in the actual film, only a few blacks are visible). Lucas sought Billy Dee Williams for the role from the outset, after seeing him in Lady Sings the Blues. Williams was reluctant to play what he thought was a token black, but soon realized that Lando could be portrayed by a black or white actor. “The part requires a universal, international quality, which I have," Williams says. "Lando is an alternative to the usual WASP hero.”

In the essay collection A Galaxy Not So Far Away, author Tom Carson calls Lucas “the whitest—and most goyish—American filmmaker, and he’s always balked at admitting that the fairy tales he loves have a racial problem, too.”

Of course, the Star Wars story is a classic hero myth. Lucas acknowledges his intellectual debt to mythologist  Joseph Campbell and his 1949 book The Hero With a Thousand Faces. But the new film takes this a bit too far.

Without giving any spoilers, the triumphant New Republic from the original trilogy has somehow become the “Resistance,” with the Empire emerging as the “First Order,” clumsily portrayed Space Nazis. It’s not simply a channeling of classic myths or motifs; it’s simply the exact same story with “diverse” characters plugged in, only now it makes much less sense.

And after all, what is the real point of Stars Wars today? Selling toys of course.

Lucas admitted this fact years ago, and indeed built his entire empire upon children’s toys, which he sold to Disney for $4 billion in 2012. [Star Wars isn't a movie franchise. It's a toy franchise, by Scott Meslow, The Week, September 4, 2015]. Today, Star Wars is about cashing in on a story created by others.

And this extends to technology. The incredible special effects created by Industrial Light and Magic in those Eurocentric original films enabled the viewers to actually feel like they were in space and part of the action. That much of the effects were the result of miniature models captured in stop-machine, or highly detailed matte-paintings superimposed behind the actors, makes it all the more impressive. The special edition I watched as a child in the 1990s looked far more real than any of the CGI we saw in movies like The Lord of the Rings (which was also accused of racism).

Of all those employees at Industrial Light in Magic in those days – only one was black. Thanks to the 1987 coffee table book Industrial Light & Magic: The Art of Special Effects (by Thomas Smith), we even have the visual proof. 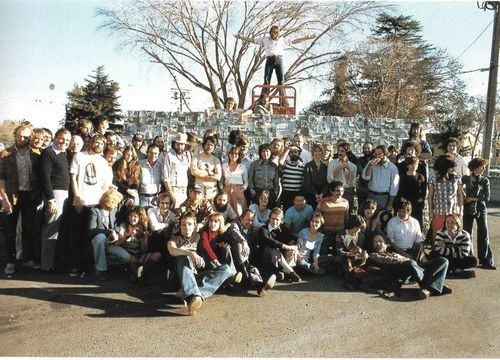 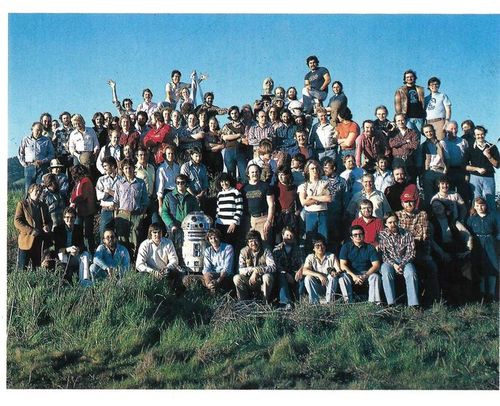 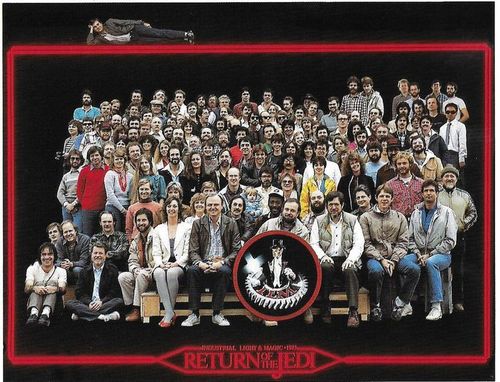 Harold Cole, a black male, was a stage technician for Return of the Jedi,and was the only member who shared the race of actor Boyega, who wants to “force” people to understand diversity is here to stay.

And not much has changed. The August 2015 issue of Ebony was dedicated to exposing the so-called “diversity divide” in the tech industry. What it really shows: how minor the contribution of blacks to the success of technology companies like Facebook, Twitter, Pinterest, Linkedin, Apple, Google, Yahoo!, Amazon, and Microsoft. Only four percent of those combined companies workforces are black—and the bulk of those employees in “nontech roles”. [Diversity Divide, July 24, 2015].

Boyega and the MSM can brag about the triumph of “diversity.” But in reality, we see a larger pattern. Through creativity and technology, whites build something. Once it reaches sufficient size, “diversity” is imposed. And what was once a work of art or a business simply becomes a resource to be exploited, like a mountain that is strip mined.

So it is with the Star Wars franchise. Now bereft of originality, creativity, or even coherence, what remains has fallen prey to racial rent seekers and to soulless corporations crudely profiteering off nostalgia.

And in post-American America, nostalgia seems to be the only thing we can produce anymore.