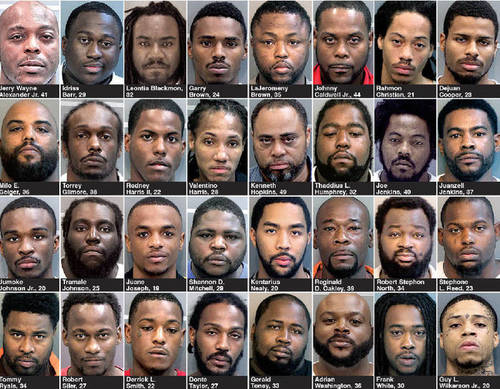 SBPDL’s Paul Kersey Writes An Open Letter To Donald Trump Thanking Him For Raising The Color of Crime In America. (Hint: It’s Black) 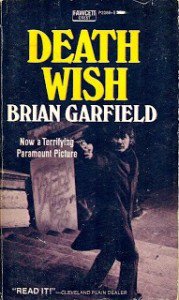 I’ve been following your campaign with growing excitement because of the energy, fresh ideas, and boldness you are presenting to the American people. We also have similar tastes in movies! I agree with you that the fantastic film Death Wish could not be made in today’s Politically Correct environment.

More importantly, you’re single-handedly shifting the Overton Window and permitting discussion of once-verboten subjects. You’re right when you state it’s entirely because of you that immigration is an issue in this election. You’ve also helped legendary conservative heroine Phyllis Schlafly mainstream the idea of deporting illegal aliens from American soil [Schlafly: Ship illegals out of U.S. on trains, by Chelsea Schilling, WND, November 22, 2015].

And now, you’ve touched the third rail of American politics by starting a real dialogue on race (instead of the abusive monologue white Americans have been forced to tolerate for a half century) and the “Color of Crime.” By tweeting out crime statistics, you’ve forced both Leftists and Cuckservatives to confront uncomfortable facts. Indeed, I suspect this was a calculated strategy to have them say “Trump’s numbers are wrong, but we don’t feel like showing you what they actually are.”

Perhaps it is now time to shift the debate to crime’s monochromatic reality in our ruined cities.

This sort of plea isn’t necessary in white communities, where criminality is not tolerated (It would lower property values!) and criminals aren’t sheltered from law and order.

Mr. Trump, you are now the frontrunner for the GOP nomination, and every action you make will be scrutinized by a hostile Main Stream Media dedicated to defending the Minority Occupation Government that is keeping us from being able “Make America Great Again.”

So allow me to offer a suggestion: ask the MSM to look at Pittsburgh, in the key electoral state of Pennsylvania.

It’s a microcosm for America. So why hasn’t the MSM looked at the Color of Crime in this important city?

A few quick facts on Pittsburgh:

Mr. Trump, as a CEO, I’m sure you want all the pertinent information before coming to a conclusion. So let’s check out the City of Pittsburgh Bureau of Police’s annual report.

Here’s the breakdown for the 2013 report that no MSM journalist in Pittsburgh has ever dared publicize:

Remember: Pittsburgh is nearly 65 percent white and only 28 percent black.

For 2011: For 2010: Mr. Trump, this breakdown of the City of Pittsburgh Bureau of Police annual report is the first time any journalist has dared look at the racial factor behind crime, and calculated the percentages for the world to see.

Not one person employed at those MSM outlets who met with black community leaders has ever broken out these numbers.

Why has no-one undertaken taken this obvious and elementary journalistic step?

Because then white people might start asking why such a shocking percentages of the violent crime is committed by the black population in Pittsburgh. They might also consider what legal steps they can take to protect their families and investments.

A real conversation on race in America challenges many powerful interests that ensure their living by propagating lies. For a real conversation, we don’t need sensational claims or militant rhetoric. We simply need the freedom to discuss the hard truth.

Sadly, however, America is no longer a free country. But if someone like you can break the power of the MSM and the Minority Occupation Government, we might have a chance not just to “Make America Great Again”—but make her free again.

After all, as George Orwell wrote: “Freedom is the freedom to say two plus two make four. If that is permitted, all else follows.”

Right now, we don’t have that freedom anymore.

But Americans are looking to you to get it back.