RATs Scrambling Back On Board USS TRUMP Now It’s Underway. Don’t Let Them!

“Personnel is policy” is one of the few Beltway clichés that rings true. In a government that employs 2.7 million civilian employees, a President with the best intentions will fail to implement his policies if his administrators drag their feet, let alone actively sabotage him. Republican presidents are always surrounded by hostile territory in the federal bureaucracy, but this is never more so than with Trump. And he has a particularly unusual problem: what to do with RATs (Republicans Against Trump) and #NeverTrumpers.

So far I have no major complaints. Trump has listed immigration patriot and Breitbart CEO Steve Bannon as his chief strategist, leading to shrieks from the ADL, Southern Poverty Law Center, and assorted other usual suspects [Trump's Pick of Steve Bannon as Chief Strategist Sparks Backlash, NBC News, November 14, 2016]. At the same time, Trump picked the Establishment GOP chairman Reince Priebus as chief of staff, saying he and Bannon  will serve as equals.

I’m no fan of Priebus, but he has been loyal to Trump. I suspect this means that Priebus will deal with the administrative aspects, while Bannon will focus on strategic and political advice. Other immigration patriots like Peter Thiel, Lou Barletta, and Kris Kobach have important positions the transition team. The heroic Stephen Miller, who wrote most of Trump’s greatest immigration speeches, may become chief of the Domestic Policy Council.

Yet even with solid top picks in the White House, there are thousands of other jobs at various agencies and departments. Typically, Republican lobbyists, the lawyers involved with the Federalist Society, and all the hacks at various DC think tanks staff these positions. But these people were almost universally hostile to Trump. So what do we do with these #NeverTrumpers and Republicans Against Trump (RATs) who now are scurrying to board the administration?

The strangest thing is hearing from folks who wished me the worst; mocked me.... now reaching out to try to be part of Trump team.

During the campaign, VDARE’s James Kirkpatrick tried to figure out why the RATs were fanatically anti-Trump. He argued that “Trump is being opposed not because he is doomed to fail—but because he may yet succeed” and that for the RATs

the “principled stance” of losing gracefully is actually just a way to safeguard their own self-interest. Supporting Trump may be the only way to save conservatism and the nation, but in the short-term, it poses personal risks. Working to defeat Trump is the safer choice.

I think Kirkpatrick was half right. The Beltway Right opposed Trump in order to safeguard their interests and reputations, but they also genuinely thought he had no chance of winning. If they knew he would win, they would have jumped on the Trump Train for purely opportunistic reasons. Yet if he was doomed to fail, virtue signaling their “principles” to get brownie points from the Leftist Establishment was the only option. 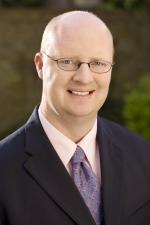 Now that Trump has won, they are trying to justify their flip flops. For example, William Inboden, [Email him] a former Bush administration official (pictured right)was one of the signatories of an anti-Trump declaration [PDF] by Republican national security officials claiming he would be the "most reckless president in American history” that was published after Trump won the nomination. Now he tells the New York Times that “any patriotic American who is asked to serve our country should be willing to do so and should give serious consideration to whatever position is offered” .  [‘Never Trump’ Becomes ‘Maybe Trump’ in Foreign Policy Sphere, By Mark Mazzetti, Helene Cooper and Eric Schmitt, November  10, 2016] Patriotism is truly the last refuge of the scoundrel.

Besides their claims of a high-minded duty to accept a role in public service, many #NeverTrumpers are trying to use the Left’s hysterical reaction to Trump’s victory as an excuse to change sides. Thus Erick Erickson (right) recently addressed the Left:

Your protests are not protests. They are vainglorious temper tantrums because you did not get your way. For the past eight years you have shown zero humility when you got your way. You insisted on rubbing our noses in it and demanded adherence to your agenda....I cannot thank you enough for helping me and so many others who did not like Trump suddenly appreciate him.

This is all true, but Erickson [Tweet him] is acting as if the Left was not unhinged against Trump until November 9. And, in fact, their hysterics didn’t make him oppose Trump earlier. When violent protesters shut down Trump’s rally in Chicago, Erickson condemned the rioters, but also blamed Trump for “encouraging his supporters to beat up protesters.” [Barack Obama and Donald Trump Collide in Chicago, The Resurgent, March 11, 2016]

Bottom line: Donald Trump’s election has completely discredited people like Erickson and Inboden, and they should not be able to use it to try to advance their agenda.

This has nothing to do with spite or revenge. It’s because the bulk of the Conservative Inc. opposition to Trump was indeed about “principle”—or at least ideology. Trump cannot allow these people into key positions because they will try to undermine his core America First policies.

There are also people who largely supported Trump’s platform but opposed him because of his “character.” For example, while I doubt they would want a job in administration, I am thinking of people like Charles Murray or New York Times’ token conservative columnist Ross Douthat.

This may be less egregious—although Trump may not agree—but there are still practical reasons to be wary of such people.  While they may well have sincere concerns about Trump’s fitness, the social and professional ostracism inflicted on Trump supporters among the Washington and New York elite all too obviously figured in their calculations. Trump may be in the White House, but the media, academic, and corporate elite have not disappeared. They are threatened and they will fight Trump even harder than before. He cannot afford to have his administration filled with people who will flinch from negative press or social ostracism.

Unfortunately, out of necessity, Trump will occasionally need to look to the Heritage Foundation and Federalist Society to fill positions. It would be ideal to freeze them out of the administration, but there are no big populist/nationalist think tanks or networks to fill the void. (Yet.)

The problem isn’t that these Conservatism Inc. types will necessarily undermine the administration. Trump did not differ too much from conservative dogma outside of trade, immigration, and foreign policy. As long as he puts good people to cover his key issues, we can survive with a few hacks running transportation policy.

The real downside: it gives power to Conservatism Inc. institutions, which should be utterly discredited.

I’m sure many patriots are eager to join the Trump administration, and I encourage them to apply.  However, this election shows that we need to build more institutions—above all immigration patriot institutions—to fill future National Conservative administrations.