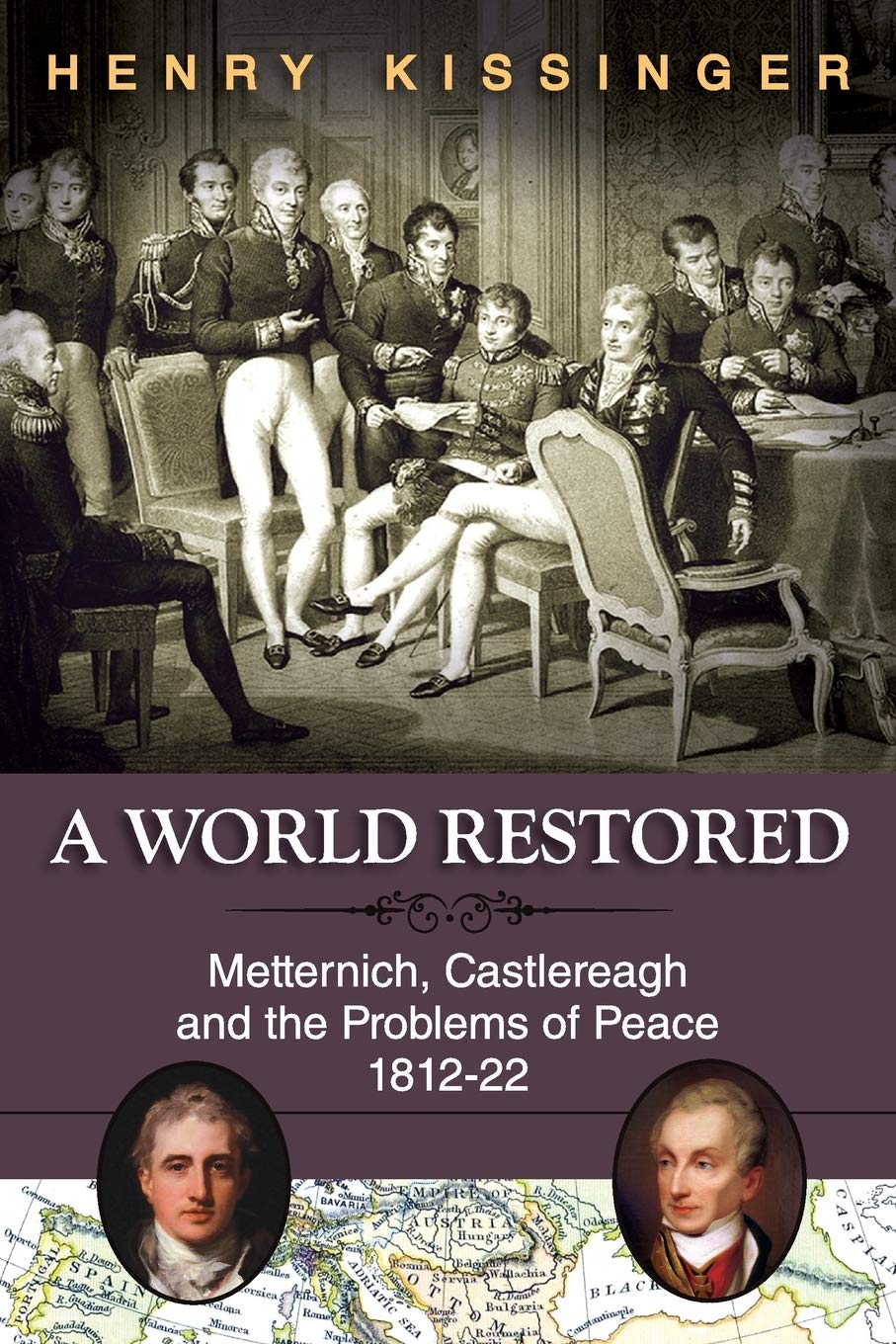 Among the works that first brought Henry Kissinger to academic acclaim was "A World Restored," his 1950s book about how the greatest diplomats of Europe met at the Congress of Vienna to restore order to a continent shattered by the Napoleonic Wars.

The balance-of-power peace these men achieved lasted—with the significant exception of the Franco-Prussian War of 1870-1871—for the full century, from 1815 to 1914.

Writing in the Wall Street Journal Friday, Kissinger declared that it is now an imperative that the world's leaders, even as they deal with the raging pandemic, begin to make the "transition to the post-coronavirus order."

"Failure to do so could set the world on fire."

Yet, the ingredients Kissinger considers essential for establishing that new world order appear, like ventilators, to be in short supply.

But how do we trust again our adversary China, after its criminal cover-up of the menace and magnitude of the virus unleashed in Wuhan?

How do we trust again this regime that was, until recently, blaming the coronavirus on U.S. Army troops visiting Wuhan?

Observing governments thrashing about in the crisis, the phrase that comes to mind is not "public trust" as much as "every nation for itself."

"When Italy and Spain, reeling from some of the world's most deadly outbreaks, urged their richer and healthier Northern neighbors to help, Dutch politicians brushed off the appeals as new signs of southerners' mismanagement."

Last week, the EU's Court of Justice ruled that Poland, Hungary and the Czech Republic broke EU law by refusing to relocate refugees during the migrant crisis in 2015. The three nations offered no apologies.

Last month, Greece used force to stop Syrian refugees from entering its territory. According to Human Rights Watch, Greek troops and armed men at the Greece-Turkey land border sexually assaulted, robbed and stripped asylum seekers and migrants, driving them back into Turkey. The EU has stayed largely silent.

When Donald Trump's issued his Jan. 31 travel ban on those who had recently been in China, candidate Joe Biden denounced Trump for "hysterical xenophobia and fearmongering."

Even lifetime liberals can put ideology on the shelf when the voice of the people is loud and clear enough.

We must "struggle to heal the wounds to the world economy," said Kissinger.

Yet, the crisis has revealed that a prominent feature of this global economy is that China controls the production of medicines essential to keeping Americans alive. Do we want to continue that dependency?

Says Kissinger: "The world's democracies need to defend and sustain their Enlightenment values... (and) safeguard the principles of the liberal world order."

But did not March 2020 prove the superior wisdom of Alexander Hamilton: "Every nation ought to endeavour to possess within itself all the essentials of national supply."

Today, borders are everywhere being strengthened as nations compete ferociously for N95 masks and ventilators. Authoritarian rulers are seizing broader powers. The claims of family, faith, tribe, nation and country seem ascendant over all.

"The founding legend of modern government," writes Kissinger, "is a walled city ... strong enough to protect the people from an external enemy. ... This pandemic has produced ... a revival of the walled city in an age where prosperity depends on global trade and movement of people."

Kissinger calls the concept of the walled city an "anachronism," a "legend."

But is the idea of the nation-state, whose principal duty is the defense of the health, safety and security of the unique people who created it, the "legend"?

Or is the real legend, the myth, the idea of some New World Order of countries traveling and trading happily with one another in a federation of the world?

In this coronavirus crisis, we can see clearly now, no longer as through a glass darkly.

As in most wars, it is to the men of action not the men of words to whom the people turn—to governors, not legislators or members of Congress, who are taking action, as states outbid one another for critical medical equipment.

As for Donald Trump, suddenly, the elites are berating him for being insufficiently dictatorial.

Trump, they rail, did not move swiftly enough to invoke the Defense Production Act. He failed to use its authority to dictate to U.S. companies what they must produce. He did not shut down the country quickly enough. He failed to issue orders soon enough to governors who delayed shutting down their states.

People are dying, it is now said, because Trump did not immediately become the autocrat that progressives were denouncing him for being during the impeachment hearings two months ago.