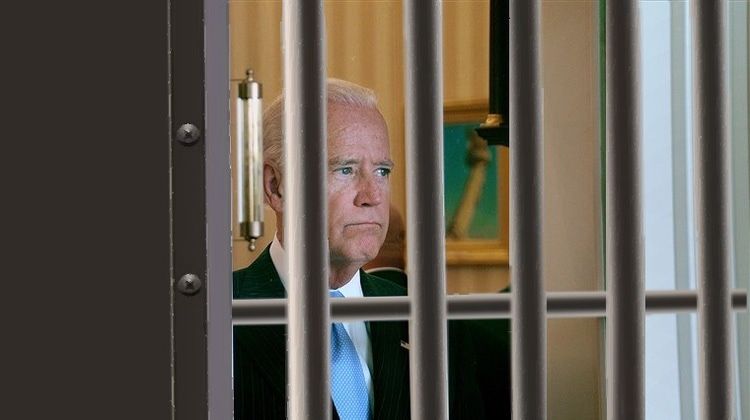 Earlier, by Patrick J. Buchanan: Will 'Ukraine-Gate' Imperil Biden's Bid? and by Ann Coulter: The Transcript We Really Want To See

Even before seeing the transcript of the July 25 call between President Donald Trump and Ukrainian President Volodymyr Zelensky, Nancy Pelosi threw the door wide open to the impeachment of Donald Trump by the Democratic House.

Though the transcript did not remotely justify the advanced billing of a "quid pro quo," Pelosi set in motion a process that is already producing a sea change in the politics of 2020.

The great Beltway battle for the balance of this year, and perhaps next, will be over whether the Democrats can effect a coup against a president many of them have never recognized as legitimate and have sought to bring down since before he took the oath of office.

Pelosi on Tuesday started this rock rolling down the hill.

She has made impeachment, which did not even come up in the last Democratic debate, the issue of 2020. She has foreclosed bipartisan compromise on gun control, the cost of prescription drugs and infrastructure. She has just put her own and her party's fate and future on the line.

With Pelosi's assent that she is now open to impeachment, she turned what was becoming a cold case into a blazing issue. If the Democrats march up impeachment hill, fail and fall back, or if they vote impeachment only to see the Senate exonerate the president, that will be the climactic moment of Pelosi's career. She is betting the future of the House, and her party's hopes of capturing the presidency, on the belief she and her colleagues can persuade the country to support the indictment of a president for high crimes.

One wonders: Do Democrats blinded by hatred of Trump ever wonder how that 40% of the nation that sees him as the repository of their hopes will react if, rather than beat him at the ballot box, they remove him in this way?

The first casualty of Pelosi's cause is almost certain to be the front-runner for the party nomination. Joe Biden has already, this past week, fallen behind Sen. Elizabeth Warren in Iowa, New Hampshire and California. The Quinnipiac poll has her taking the lead nationally for the nomination, with Biden dropping into second place for the first time since he announced his candidacy.

By making Ukraine the focus of the impeachment drive in the House, Pelosi has also assured that the questionable conduct of Biden and son Hunter Biden will be front and center for the next four months before Iowa votes.

What did Joe do? By his own admission, indeed his boast, as vice president he ordered then-Ukrainian President Petro Poroshenko to either fire the prosecutor who was investigating the company that hired Hunter Biden for $50,000 a month or forgo a $1 billion U.S. loan guarantee that Kiev needed to stay current on its debts.

Biden insists the Ukrainian prosecutor was corrupt, that Hunter had done no wrong, that he himself was unaware of his son's business ties.

All these assertions have been contradicted or challenged.

There is another question raised by Biden's ultimatum to Kiev to fire the corrupt prosecutor or forgo the loan guarantee. Why was the U.S. guaranteeing loans to a Kiev regime that had to be threatened by the U.S. with bankruptcy to get it to rid itself of a prosecutor whom all of Europe supposedly knew to be corrupt?

Whatever the truth of the charges, the problem here is that any investigation of potential corruption of Hunter Biden, and of the role of his father, the former vice president, in facilitating it, will be front and center in presidential politics between now and New Hampshire.

This is bad news for the Biden campaign. And the principal beneficiary of Pelosi's decision that put Joe and Hunter Biden at the center of an impeachment inquiry is, again, Warren.

Warren already appears to have emerged victorious in her battle with Bernie Sanders to become the progressives' first choice in 2020. And consider how, as she is rising, her remaining opposition is fast fading.

Sen. Kamala Harris has said she is moving her campaign to Iowa for a do-or-die stand in the first battleground state. Sen. Cory Booker has called on donors to raise $1.7 million in 10 days, or he will have to pack it in. As Biden, Sanders, Harris and Booker fade, and "Mayor Pete" Buttigieg hovers at 5 or 6% in national and state polls, Warren steadily emerges as the probable nominee.

One measure of how deeply Biden is in trouble, whether he is beginning to be seen as too risky, given the allegations against him and his son, will be the new endorsements his candidacy receives after this week of charges and countercharges. If there is a significant falling off, it could be fatal.