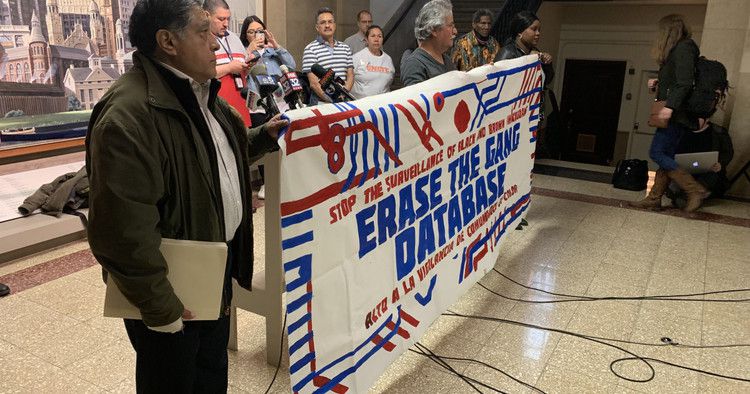 It's All About Disarming White America: Democrats Refuse To Use Red Flag Laws On Gang Databases, Because Racism

Remember: Almost all of the guns used in fatal and nonfatal shootings in 70% black Baltimore and 67% nonwhite Chicago are illegal. Same goes for Memphis, Washington D.C., Philadelphia, Pittsburgh, Cleveland, St. Louis, New Orleans, and other American cities where gun crime is a daily occurrence .

Why mention this? Because Democrats have no interest in using red flag laws against gang databases (those are racist anyways, right?), but instead hope to use them to disarm law-abiding people who also harbor “white nationalist” views.

Democrats on the House Judiciary Committee amended the measure during a Wednesday mark-up to authorize the federal government to issue extreme risk protection orders in some instances, but they rejected an amendment that would have red-flagged anyone who law enforcement lists as a gang member.

“The majority of violent crime, including gun violence, in the United States is linked to gangs,” Rep. Ken Buck, a Colorado Republican who sponsored the amendment, said Wednesday. “My amendment is quite simple. It would allow the issuance of a red flag order against anyone whose name appears in a gang database if there was probable cause to include that individual in the database.”

Democrats objected with reasons that sounded very familiar to Republicans.

GOP lawmakers have staunchly opposed “No Fly, No Buy” proposals Democrats have tried to pass in the House in recent years because the lists flag the wrong people.

Like the no-fly lists, which have erroneously flagged many innocent individuals as terrorists (including the late Sen. Ted Kennedy), the gang databases are often inaccurate, Democrats said.

“You know, California had these databases, and they finally stopped when they discovered that they had 3-year-olds on the databases as gang members,” Rep. Zoe Lofgren of California said. “I mean, so some of these are reliable, a lot of them are not.”

Buck pointed out his amendment requires law enforcement to limit red-flagging to only those with probable cause to be included on the list, which is a stricter criteria.

Democrats kept objecting, arguing someone could be misidentified as gang members simply for writing “13” on a piece of paper and having it wrongly identified as an MS-13 gang sign.

“Maybe you are just doodling because it is the 13th of June,” Judiciary Committee Chairman Jerry Nadler of New York said.

Buck said police have to meet a much higher threshold to list someone as a gang member.

“This is a situation where the police officers are trained, and there are very identifiable signs, and it isn’t just one sign,” Buck told Nadler.

Democratic Rep. Eric Swalwell of California offered to support the amendment if Buck agreed to include those listed “individuals affiliated with white nationalism.”

Buck agreed, but he said the language should include “any type of supremacy.”

The amendment ultimately failed 11-21, but not before the top Republican on the panel, Rep. Doug Collins of Georgia, called out Democrats for their hypocrisy.

Democrats in 2016 staged a “sit-in” on the House floor, refusing to let the GOP majority conduct legislative business, in part because Republicans would not pass “No-Fly, No-Buy” legislation, which would prevent people on the federal no-fly list from purchasing guns.

“It’s amazing to me,” Collins said. “We had a large blow-up on the floor of this House just a couple years ago about the ‘No Fly, No Buy’ list, which was shown to have issues, but at that point, nobody from the other side brought this is [sic] as a concern, and now we are bringing it as a concern,” Collins said.

“If we can’t bring this list up, even with due process put in, then don’t ever bring the ‘No Fly, No Buy’ list up again.”

“Don’t ever bring it up again because there is no due process on that list.”

Black and brown gangbangers making America’s greatest cities into war zones on a daily basis are no threat to the establishment, thus no need to threaten gun confiscation of the illegal arms they use to murder one another.

It’s about going after guns purchased legally by white people, which the state then bans. Law-abiding white gun owners are the only people the state dares threaten with confiscation.

And now it’s about using red flag laws against anyone the Left decides is a ‘white nationalist,’ at a time they’ve spent the last four years describing anyone who supports Donald Trump as one…

The Left is more interested in getting rid of gang databases, because—in their eyes—they unfairly target people of color via systemic racism.

At this point, it’s all about disarming law-abiding white Americans.