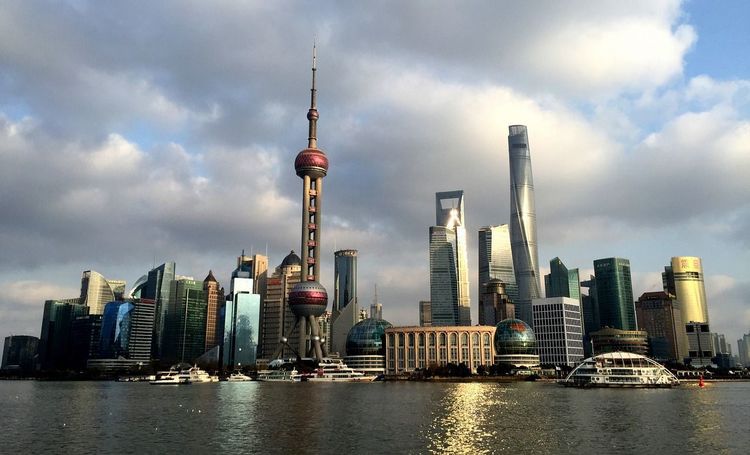 Patrick J. Buchanan: Is China the Country of the Future?

With the fall of the Nationalist government of Chiang Kai-shek, the defeat of his armies and the flight to Formosa, that was the question of the hour in 1949. And no one demanded to know more insistently than the anti-Communist Congressman John F. Kennedy:

"Whatever share of the responsibility was Roosevelt's and whatever share was (General George) Marshall's, the vital interest of the United States in the independent integrity of China was sacrificed, and the foundation was laid for the present tragic situation in the Far East."

Tragic indeed was the situation. The most populous nation on earth, for which America had risked and fought a war with the Japanese Empire, had been lost to Stalin's empire.

A year after Peking fell to Mao Zedong, Chinese armies stormed into Korea to drive the Americans back from the Yalu River and back across the 38th parallel, threatening to throw them off the Peninsula.

In the seven decades since October 1949, millions of Chinese have perished in ideological pogroms like the "Great Leap Forward" of the '50s, and the "Great Proletarian Cultural Revolution" during which President Nixon came to China.

Yet in terms of national and state power over those 70 years, and especially in the last 30 when America threw open her markets to Chinese goods and Beijing ran up $4 trillion to $5 trillion in trade surpluses with the U.S., a new China arose. It was on display this week in Tiananmen Square.

The China of Xi Jinping boasts land- and submarine-based missiles and bombers that provide a strategic deterrent against the United States. Beijing's conventional forces on land, sea, and in air and space rival any on earth.

Since Y2K, its economy has swept past that of Italy, France, Britain, Germany and Japan to become the world's second largest. China is now the world's premier manufacturing power.

Yet, under Xi Jinping, the mask of benign giant has slipped and the menacing face of 21st-century China is being revealed, for its people, its neighbors, and the world to see.

The Uighurs of west China are being forced into re-education camps to be cured of their tribalist, nationalist and Islamic beliefs. Christians are being persecuted. Tibetans are being replaced in their homeland by Han Chinese. The Communist Party's role and rule as the font of ideological, political and moral truth is being elevated and imposed.

The Chinese still hold land seized from India 50 years ago. China now claims as sovereign territory virtually all of a South China Sea, which encompasses territorial waters of six nations. It has begun building air, naval and military bases on rocks and reefs belonging to Manila.

China has warned foreign warships to stay out of the Taiwan Strait and has built up its force on the mainland opposite the island, warning that any move by Taiwan to declare independence would be regarded as an act of war. It claims the Japanese-held Senkaku Islands.

In its Belt and Road projects to tie China to Central and South Asia and Europe, China has lent billions to build ports, only to take possession of the facilities when local regimes default on their loans.

But not all is going well for the regime on its 70th birthday.

The people of Hong Kong, who are surely being cheered by many on the mainland of China, have been protesting for months, demanding the liberty and independence for which American patriots fought in our Revolution, not Mao's revolution.

Nor are the newly prosperous Chinese people fools. They relish the rising power of China and the respect their country commands in the world, but they know it was not Marx, Lenin or Mao who produced their prosperity. It was capitalism. They cannot but be uneasy seeing the freedoms and benefits they enjoy being dissipated in a trade war with the Americans and the new repression issuing from Beijing.

Among the epochal blunders America has committed since the end of the Cold War, three stand out.

The first was our disastrous plunge into the Middle East to create regimes oriented to the West. The second was the expansion of NATO to the front porch of Russia, driving the largest nation on earth, and one of its most formidable nuclear powers, into the arms of China.

The third was to throw open America's markets to Chinese goods on favorable terms, which led to the enrichment and empowerment of a regime whose long-term threat to U.S. interests and American values is as great as was that of the Soviet Union in the Cold War.

The question for America's statesmen is how to cope with the rising challenge of China while avoiding a war that would be a calamity for all mankind. Patience, prudence and perseverance commend themselves.

But the first necessity is to toss out the ideological liberalism which proclaims that David Ricardo's free trade dogmatism is truth for all nations at all times and that John Locke's ideas apply to all cultures and countries.