"The senator from Kentucky," said John McCain, speaking of his colleague Rand Paul, "is working for Vladimir Putin ... and I do not say that lightly."

What did Sen. Paul do to deserve being called a hireling of Vladimir Putin? 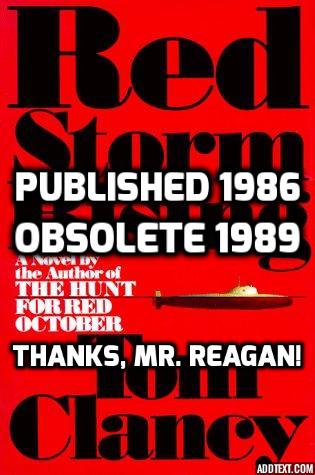 He declined to support McCain's call for a unanimous Senate vote to bring Montenegro into NATO as the 29th member of a Cold War alliance President Trump has called "obsolete."

Bordered by Croatia, Bosnia-Herzegovina, Serbia, Kosovo and Albania, tiny Montenegro has a population roughly that of D.C., and sits on the western coast of the most volatile peninsula in Europe.

What strategic benefit would accrue from having Montenegro as an ally that would justify the risk of our having to go to war should some neighbor breach Montenegro's borders?

Historically, the Balkans have been an incubator of war. In the 19th century, Otto von Bismarck predicted that when the Great War came, it would come out of "some damn fool thing in the Balkans." And so it did when the Austrian archduke was assassinated in Sarajevo June 28, 1914 by Serbian ethnonationalist Gavrilo Princip.

Aflame with ethnic, civil and sectarian war in the 1990s, the western Balkans are again in political turmoil. Milo Djukanovic, the longtime Montenegrin prime minister who resigned on election day in October, claims that he was targeted for assassination by Russia to prevent Montenegro's accession to NATO.

Russia denies it. But on the Senate floor, McCain raged at Rand Paul: "You are achieving the objectives of Vladimir Putin ... trying to dismember this small country which has already been the subject of an attempted coup."

But if Montenegro, awash in corruption and crime, is on the verge of an uprising or coup, why would the U.S. issue a war guarantee that could vault us into a confrontation with Russia—without a full Senate debate?

The vote that needs explaining here is not Rand Paul's.

It is the votes of those senators who are handing out U.S.-NATO war guarantees to countries most Americans could not find on a map.

Is no one besides Sen. Paul asking the relevant questions here?

What vital U.S. interest is imperiled in who comes to power in Podgorica, Montenegro? Why cannot Europe handle this problem in its own back yard?

Has President Trump given McCain, who wanted President Bush to intervene in a Russia-Georgia war—over South Ossetia!—carte blanche to hand out war guarantees to unstable Balkan states?

Did Trump approve the expansion of NATO into all the successor states born of the bloody breakup of Yugoslavia?

Or is McCain hijacking U.S. foreign policy on NATO and Russia?

President Trump should tell the Senate: No more admissions to NATO, no more U.S. war guarantees, unless I have recommended or approved them. Foreign policy is made in the White House, not on the Senate floor.

Indeed, what happened to the foreign policy America voted for—rapprochement with Russia, an end to U.S. wars in the Middle East, and having rich allies share more of the cost of their own defense?

It is U.S., not NATO defense spending that is rising to more than $50 billion this year. And today we learn the Pentagon has drawn up plans for the insertion of 1,000 more U.S. troops into Syria. While the ISIS caliphate seems doomed, this six-year Syrian war is far from over.

An al-Qaida subsidiary, the Nusra Front, has become the most formidable rebel fighting group. Syria's army, with the backing of Russia, Iran, Hezbollah and Shiite militias from across the Middle East, has carved out most of the territory it needs.

The Turkish army is now in Syria, beside its rebel allies. Their main enemy: Syria's Kurds, who are America's allies.

From our longest war, Afghanistan, comes word from U.S. Gen. John Nicholson that we and our Afghan allies are in a "stalemate" with the Taliban, and he will need a "few thousand" more U.S. troops—to augment the 8,500 President Obama left behind when he left office.

Some 5,000 U.S. troops are in Iraq, helping to liberate Mosul from ISIS. In Kabul, Baghdad and Damascus, terrorist bombings are a weekly, if not a daily, occurrence.

Then there is the U.S. troop buildup in Poland and the Baltic, the U.S. deployment of a missile defense to South Korea after multiple missile tests in the North, and Russia and China talking of upgrading their nuclear arsenals to counter U.S. missile defenses in Poland, Romania and South Korea.

In and around the waters of the Persian Gulf, United States warships are harassed by Iranian patrol boats, as Tehran test-fires anti-ship and anti-aircraft missiles to send the Americans a message: Attack us and it will not be a cakewalk war.

With the death of Communism, the end of the Cold War, and the collapse of the Bushite New World Order, America needs a new grand strategy, built upon the solid foundation of America First.