If Gov. Bruce Rauner and his legislature in Springfield do not put a budget together by Friday, the Land of Lincoln will be the first state in the Union to see its debt plunge into junk-bond status.

Illinois has $14.5 billion in overdue bills, $130 billion in unfunded pension obligations, and no budget. "We can't manage our money," says Rauner. "We're like a banana republic." 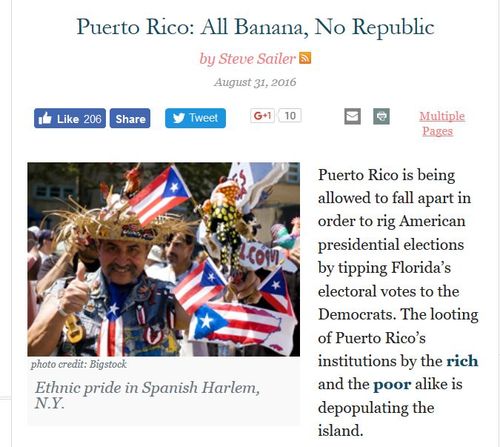 The island's imaginative 38-year-old governor, Ricardo Rossello, however, has a solution. Call Uncle Sam. On June 11, Rossello held a plebiscite, with a 23 percent turnout, that voted 97 percent to make Puerto Rico our 51st state.

"(T)he federal government will no longer be able to ignore the voice of the majority of the American citizens in Puerto Rico," said Rossello. Washington cannot "demand democracy in other parts of the world, and not respond to the legitimate right to self-determination that was exercised today in the American territory of Puerto Rico."

Had the governor been talking about the island's right to become free and independent, he would have had a point. But statehood inside the USA is something Uncle Sam decides. 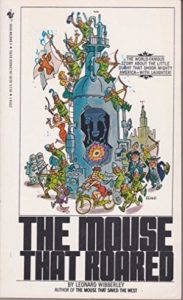 Rossello calls to mind Count Mountjoy of Grand Fenwick, who, in "The Mouse that Roared," plotted to rescue his bankrupt duchy by declaring war on the U.S., sailing to America to surrender, and then demanding the foreign aid America bestows on defeated enemies.

Yet Puerto Rico's defaults on its debts may soon be our problem. Many bond funds in which Americans have invested their savings and retirement money are full of Puerto Rican bonds.

According to The New York Times, the U.S. Virgin Islands, the Northern Marianas and Guam are in the same boat. With 100,000 people, the Virgin Islands owe $6.5 billion to pensioners and creditors.

Then there is Connecticut, a state that has long ranked in the top tier in per capita income and wealth.

Connecticut, too, appears wobbly. Rising pension benefits, the cost of servicing the state debt and falling tax revenue due to fleeing residents and companies like Aetna and General Electric, have dropped Connecticut to near the national bottom in growth prospects.

"The state's population is falling: Its net domestic out-migration was nearly 30,000 from 2015 to 2016. In 2016, it lost slightly more than 8,000 people, leaving its population at 3.6 million," reports Fox News: "(R)ecent national moving company surveys (show) more people leaving Connecticut than moving in. In 2016, the state also saw a population decline for the third consecutive year."

As its example of a welfare state going belly up, the EU offers us Greece. And questions arise from all of these examples. Is this an inexorable trend? Has the old New Deal formula of "tax and tax, spend and spend, and elect and elect" finally run its course?

Across the West, social welfare states are threatened by falling revenues, taxpayer flight, rising debt as a share of GDP, sinking bond ratings and proliferating defaults.

Record high social welfare spending is among the reasons that Western nations skimp on defense. Even the Americans, who spent 9 percent of GDP on defense under President Kennedy and 6 percent under President Reagan, are now well below that, though U.S. security commitments are as great as they were in the Cold War.

Among NATO nations, the U.S. is among the least socialist, with less than 40 percent of GDP consumed by government at all levels. France, with 57 percent of GDP siphoned off, is at the opposite pole.

Yet even here in America we no longer grow at 4 percent a year, or even 3 percent. We seem to be nearing a point of government consumption beyond the capacity of the private sector to provide the necessary funds.

Some Democrats are discovering there are limits to how much the government can consume of the nation's wealth without adversely affecting their own fortunes. And in the Obamacare debate this week, Republicans are running head-on into the reality that clawing back social welfare benefits already voted may be political suicide.

Has democratic socialism passed its apogee?

Native-born populations in the West are aging, shrinking and dying, not reproducing themselves. The cost of pensions and health care for the elderly is inexorably going up. Immigration into the West, almost entirely from the Third World, is bringing in peoples who, on balance, take more in social welfare than they pay in taxes.

Deficits and national debts as a share of GDP are rising. Almost nowhere does one see the old robust growth rates returning. And the infrastructure of the West—roads, bridges, tunnels, ports, airports, subways, train tracks—continues to crumble for lack of investment.

The days of interstate highway systems and moon shots seem to be behind us. Are Puerto Rico and Illinois the harbingers of what is to come?